A Force for Racial Justice Will Retire This Year

Larry Davis nears the end of his tenure as a dean at Pitt, having brought challenging conversations on race and social justice to the university. 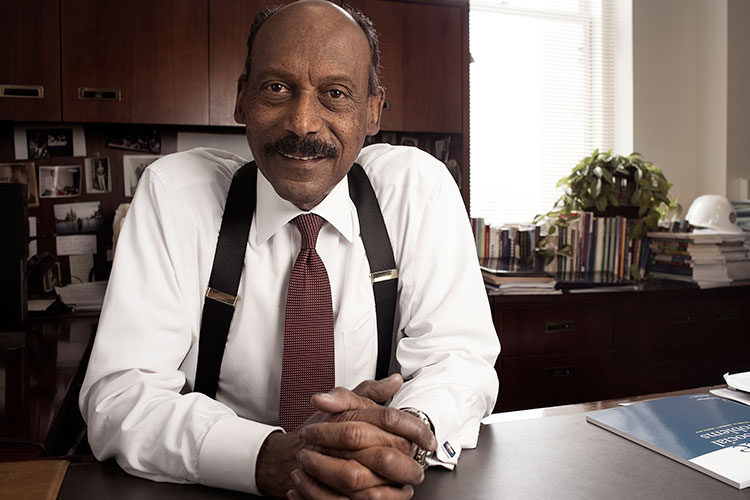 A graduate student tells Larry E. Davis, dean of the School of Social Work at the University of Pittsburgh, that he reminds him of the historically prominent race scholar W.E.B. DuBois. There is a stylistic resemblance: the angled mustache, the slim build, the dapper presence.

Davis accepts the compliment. But his strongest similarity to DuBois, according to those who know him, is in substance. For most of his 71 years, Davis has been passionate about the issue of race and its complicated influence on individuals and society.

After 17 years as dean, Davis is retiring in August. Under his leadership, social work degrees were strengthened, initiatives blossomed and the graduate program leaped from 14th place to 10th in the competitive national ranking published by U.S. News & World Report.

Davis made race a topic of serious conversation and thoughtful research at the school. He created and directs the university’s Center on Race and Social Problems, which is celebrating its 15th year.

With broad support from foundations and the Pitt administration, the Center is a signature achievement that provides a microphone to amplify racial disparities in health, economics and education. The Center brings in experts from around the world and publishes a quarterly journal of trailblazing research. In 2010, Davis organized Race in America, a wide-ranging conference at Pitt that he described as a “teach-in” to provide knowledge for action.

In 2007, the Center published “Pittsburgh’s Racial Demographics: Differences and Disparities.” The report, and others that followed, offered the most comprehensive surveys ever on the quality of life of whites, blacks, Hispanics and Asians in the metropolitan area. It showed that in almost all areas, from family life to economics, blacks were at the bottom. The data alarmed regional leaders — and gave them a tool to shape policy to address the inequities.

“The reports are wake-up calls,” says Tim Stevens, Chairman and CEO of The Black Political Empowerment Project. “They help to move the city on some housing and job issues. But they let know us the depths of the problems we are confronting and that more must be done.” 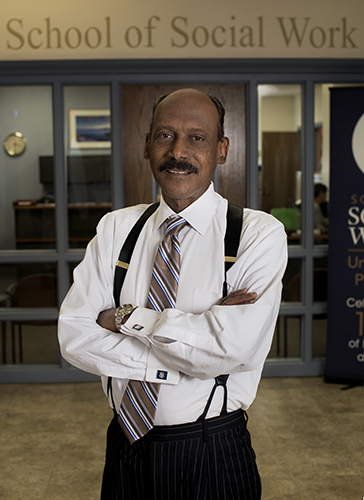 But Davis gravitated toward the activism of social work. “Working toward social justice was natural, with my passion about race. Race has been, for me, like economics is for the Marxists. I use race to measure all things.”

His curiosity about race began in childhood, when people routinely mistook his biracial mother for a white woman. He remembers visiting grandparents in Alabama in a South still reeling from the murder of teenager Emmett Till. Elders cautioned him to speak carefully; race simmered beneath the surface of everyday life and could erupt at any time with lethal consequences.

One day, at age 7, while living in a segregated neighborhood in Saginaw, he had an epiphany: “If we were the slaves, why are they angry with us?”

The question never left him. In fact, it shaped his life’s work. In 1972, he left college to be a community volunteer in New York City, where he pushed for better housing and education for the poor. He found the inner-city texture vibrant and diverse and dedicated himself to studying urban realities.

As he progressed through formal education, Davis vowed to make his life’s work useful — to extend scholarship to the ground so that everyone, from academics in Michigan to grandparents in Alabama, could benefit from it. Beyond scores of articles, papers and reports, he has written, coauthored or edited seven books, including the semi-autobiographical “Why Are They Angry With Us? Essays on Race.”

As DuBois grew older, he grew tired of struggling with racism in the United States and expatriated to Ghana. Davis is staying put in Pittsburgh. He will continue as director of the Center for a year, helping to identify his replacement. He also plans to do grassroots charitable work and savor life with his wife.

“Coming to Pitt was the best decision I ever made in my life,” he adds. “I got lucky. I happened to be in the right place at the right time. I came to a school that needed the talents I have, and Pitt allowed me to use all of my skills.”

This article appears in the May 2018 issue of Pittsburgh Magazine.
Categories: Community Feature, From the Magazine