PittGirl says, no offense to this fictional character, but it's time to redefine the quintessential Pittsburgher. 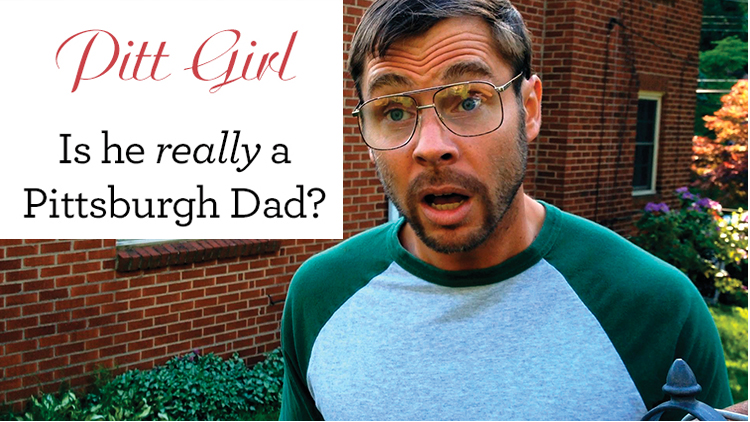 A few months ago, a video went viral in Pittsburgh — so viral, in fact, that it appeared on the evening news. Taken in a bar as the Pittsburgh Steelers saw their playoff hopes shrivel up and die, it shows actor Curt Wootton, who portrays Pittsburgh Dad, in an anti-hockey and anti-Penguins rant.

I’m not exaggerating when I say that when this video hit social media, people’s faces melted off.

OK, I’m exaggerating. But only a little.

The vitriol resulting from the revelation that Curt was not a Penguins nor a hockey fan went to fever-pitch levels faster than you can say, “Scratch my back with a hacksaw.” There were demands to Giant Eagle that the company discontinue his line of sauces. There were demands to Turner’s Tea and Eat’n Park that the companies sever promotional ties with him. There were hundreds of tweets by Pittsburghers in which they giddily expressed hope of dancing soon on the proverbial grave of Pittsburgh Dad, forgetting that his product sales give proceeds to Children’s Hospital of Pittsburgh of UPMC.

Here’s the thing with Pittsburgh Dad: Many Pittsburghers love to hate him. They shout that he does not represent real Pittsburghers. That he makes us seem low-class and uneducated. They tweet at him and tell him so, again and again.

I don’t believe in violence, but I believe in truth-bombs. Brace yourselves.

Truth: Of course, Pittsburgh Dad doesn’t represent all Pittsburghers. Anyone who watches his videos and concludes that all Pittsburghers are just like him also must believe that all New Yorkers are 50 percent Ralph Kramden and 50 percent The Godfather. “To the moon, Alice, where you’ll sleep with the fishes and possibly a severed horse head!” That’s ridiculous. He’s simply an exaggerated caricature based on one Pittsburgher’s father.

Truth: There are many dads in Pittsburgh who act and talk like Pittsburgh Dad, and my father is one of them. He used to tell us to “warsh” our feet in the bucket by the pool. He’s overly thrifty. He’s long-suffering but not nearly as long-suffering as his poor wife. He’s also a college-educated metallurgical engineer . . . and lay minister. Go ahead. TRY to do the math on that. You can’t.

Truth: There are Pittsburghers — good and decent people — who don’t like Penguins hockey. Or Steelers football. Or Pirates baseball. Or even sports. Did your face just melt off? If not, it’s going to straight-up liquefy when I tell you that there are Pittsburghers who are Patriots fans. Braves fans. FLYERS FANS.

Truth: It’s time to redefine “the quintessential Pittsburgher.” I think this is where the problem arises. The box. The box to describe what a Pittsburgher is.

We’re trying to pull “quintessential Pittsburgher” out of the box that says he’s a blue-collar worker with an unmelodic accent who lives and breathes Steelers football while working to support his wife and four children with a job in the mill. He eats various forms of fat for breakfast and leftover city chicken for lunch and spends his evenings stomping through the house turning off lights that are brightening empty rooms. His hands never are fully clean. He uses the basement potty. All of his clothes come from Hills.

We’re trying to shove the quintessential Pittsburgher into the box that says he or she is a white-collar, college-educated, stylish cosmopolitan who dresses in brand names, frequents upscale “foodie-friendly” restaurants, orders flat whites from Starbucks and would rather go hungry than be seen buying even a pack of gum at Walmart.

Here’s the next truth-bomb: Both of those versions of Pittsburgher exist. In fact, there are Pittsburghers on every spot of the spectrum from one box to the next. And some, as does my father, borrow from both boxes. 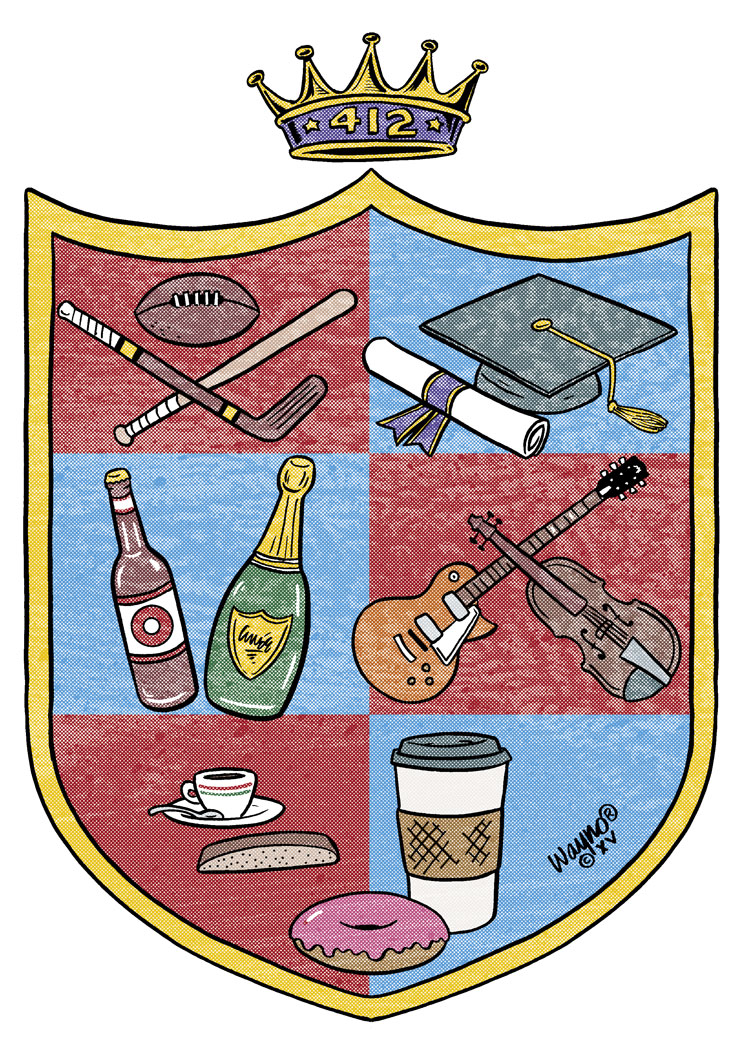 So instead of getting angry or defensive that Pittsburgh Dad, a FICTIONAL character, doesn’t fit your idea of a real Pittsburgher, maybe what we need to do is redefine the term.

Here is the new box for the quintessential Pittsburgher: Do good. Be nice. Dream big.

That, regardless of anything else, is all that should matter.

But please don’t do the Tomahawk Chop around me.

My face will melt off.

This article appears in the March 2015 issue of Pittsburgh Magazine.
Categories: From the Magazine, PittGirl