A Eulogy for Bayardstown Social Club

The now-shuttered Strip District gathering place was a rare and true example of urban community. 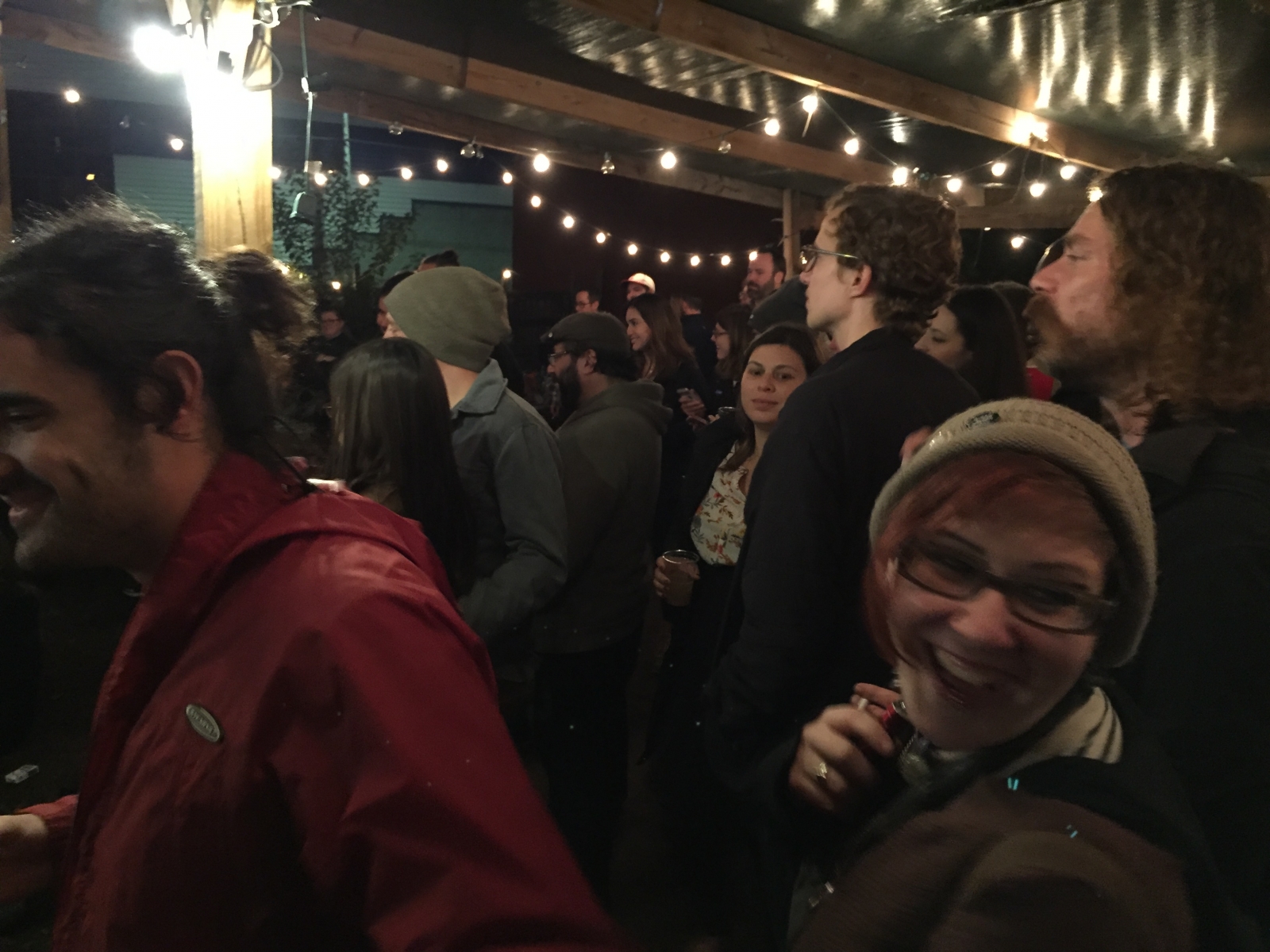 I didn’t understand Bayardstown until it was gone.

A nominally members-only (but practically quite open) social club in the Strip District, Bayardstown Social Club has since 2013 served as a gathering place and event space. Its many evenings of warm-weather camaraderie were marked by food trucks, music, bonfires and no-pressure, BYOB relaxation.

I had been there once or twice. I’ve received pitches for stories about the community fostered there over the past few years. But I didn’t quite get it; I saw a cool place to pass the time on a clear evening, sure, but didn’t fundamentally see the value of what basically amounted to an outdoor Moose Lodge for young, urban folks.

The explanation provided for the closure of the consistently popular space centered on a desire to redevelop the site by its landlord. With relatively little notice, it was announced that the evening of Thursday, Nov. 3 would serve as a farewell and a celebration. My friend Bevin Baker invited me to join her on that final night.

“What I liked about it was that you could come and hang out with people, meet some new people, see your friends,” she told me. “You get to be outside and you can go out and see people without going to a bar.”

She was right. As I looked around the lot on that final night, it certainly didn’t look like a bar, as clearly evidenced by the numerous dogs and children milling about. Pockets of people were locked in casual conversation, bottles of beer in hand; others were dancing and chatting near the small stage, where a DJ kept the soundtrack light and rhythmic with old-school R&B. Some people roasted marshmallows over the fire pit. Others played Stump, a homegrown yard sport involving a hammer and … well, a stump.

After an hour or so, I didn’t merely see the community that was represented in this space; I could feel it. Everyone seemed to know everyone; even knowing only the person I had walked in with, I found myself no more than one degree of social separation from everyone I met.

I found myself chatting with Maureen Joyce, a regular at Bayardstown throughout its tenure. I asked her what kept her coming back.

“The people,” she quickly replied. “The atmosphere. It really is a social club like the title states.

“Even if you don’t know anybody or don’t make plans to meet anybody here, you can meet 15 new people if you want to — or not talk to anybody. You can sit at a table and draw and no one will bother you. Or you can make your way around and just jump into any conversation.”

She surveyed the scene. “That was probably my favorite part,” she said.

I focused back on the stage, where a young girl of about 10 was performing a song she had written about her nights at Bayardstown. The club’s accessibility to families was remarkable for the city; how many places can you gather with a large group of friends (and adult beverages) and bring the kids and the dog, after all.

But then I thought back to my initial assessment. Is this the outdoor, urban equivalent of a social club like a Moose or Elk’s Lodge? Perhaps — but that, in and of itself, is exceptional. There’s nothing else like that. There’s no space in 2016 where community is forged face-to-face, over drinks and food, that exists for no reason other than to foster that community — not for profit, not for networking, but simply for community.

I missed the boat on Bayardstown. I should’ve been here more.

But solace in its passing can be taken. Fundamentally, this was not about the physical location, it was about the people. It was a demonstration that young urban people — so often decried for being engaged only with our phones, reluctant to leave our nests — seek places to meet, talk and be together. Another venue will rise in Bayardstown’s wake, and I’d speculate that in ten years, there will no longer be one place in Pittsburgh that operates the way Bayardstown did. There will be a dozen.

Next time, I’ll join on the first day.