A Combination of Arts and Activism 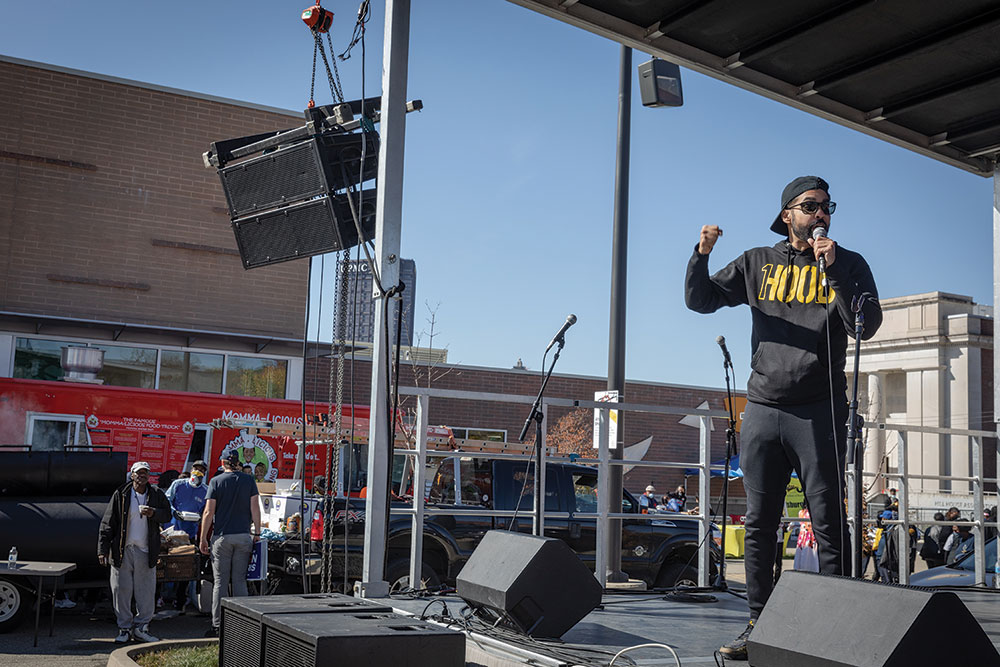 At one point, Jasiri X says, 1Hood Media had a bit of an identity problem.

“We’re everywhere. We’re doing art, we’re at the protests, we’re having conversations with doctors, we’re handing out masks,” Jasiri X, the organization’s co-founder and CEO, says. “It’s like, ‘Well, what are we and what do we focus on?’”

Some helpful words from a board member put the group’s core mission into perspective: to build liberated communities through art, education and social justice. 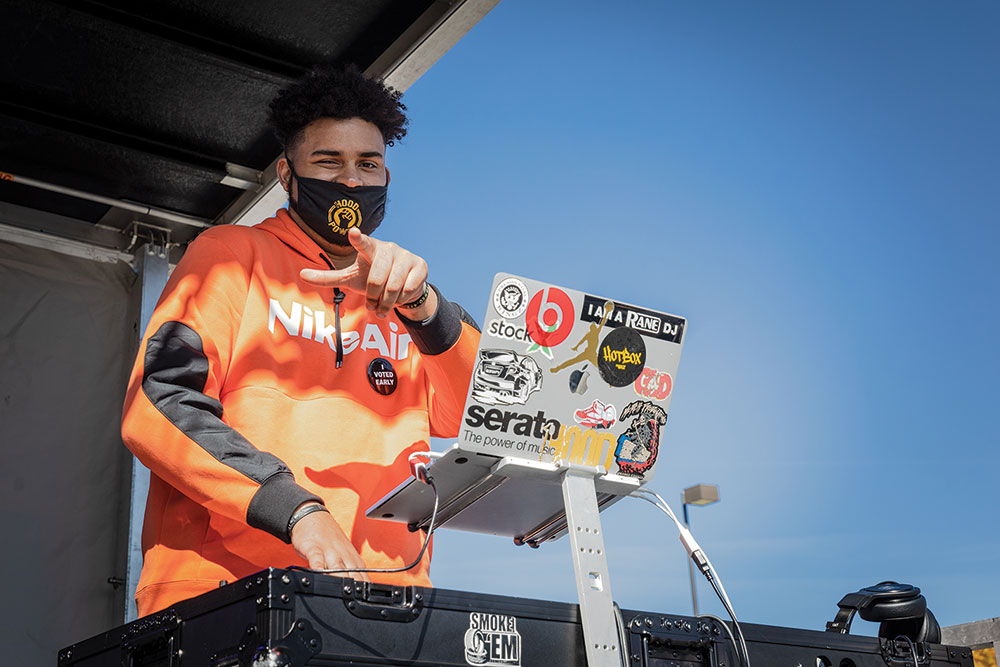 “One of our board members said, ‘What you’re doing is actually building community,’” Jasiri X says. “When he said it, it caused me to be totally calm. All my anxiety went away. And I was like, ‘that’s it.’”

1Hood Media was founded in 2006 and began as a collective of six men — including Jasiri X — who teamed up to address violence within and against their community.

“Our unity is our success,” he says. “If we came together in unity, and began to deal with the root causes, the systemic causes, then that’s how we find success.” 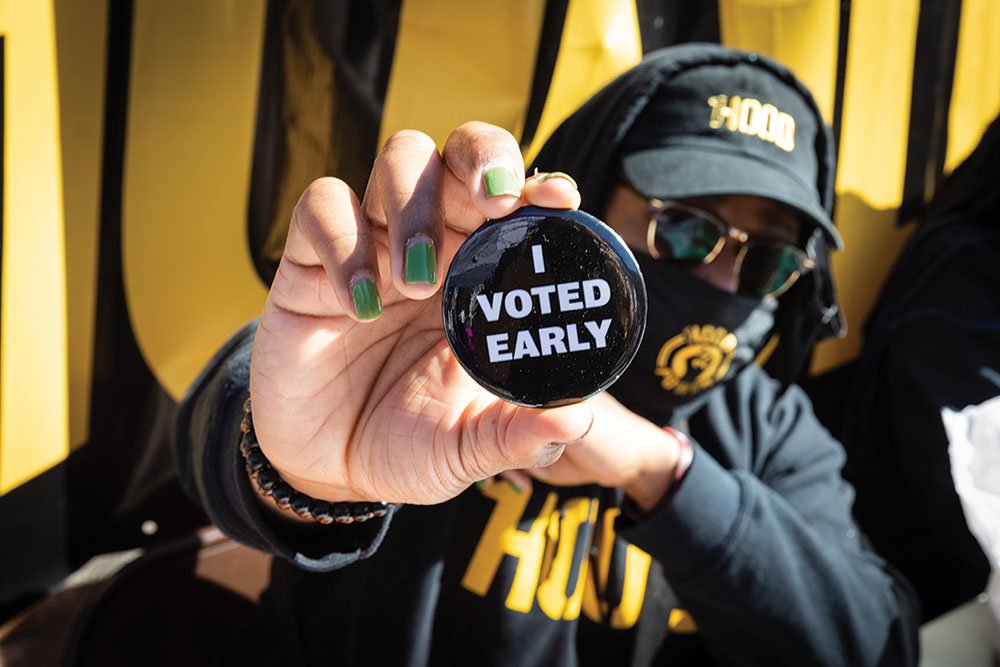 They began to do community activism, walking the streets at night and advocating for victims of police violence — particularly in the wake of the shooting of Antwon Rose. The group, however, began to notice something.

“When you’re an activist, it almost feels like you’re a firefighter. You go from burning building to burning building,” he says. “What do we do in the meantime, to begin to kind of build consciousness amongst the young people that we were working with?” 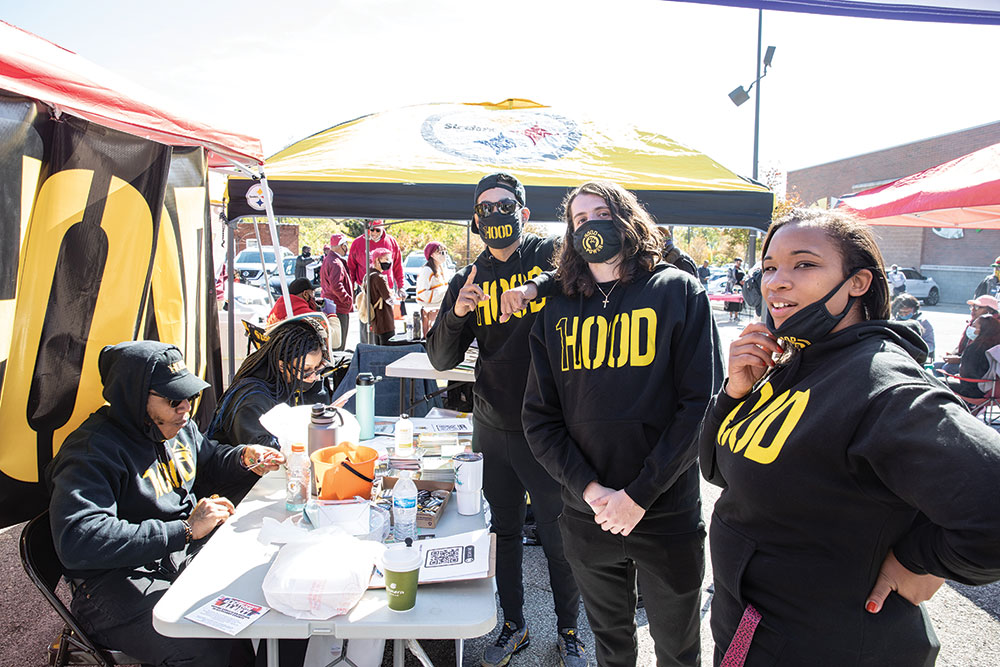 In 2010, the group participated in a study by the Heinz Endowments on how Black men were portrayed in the media and in Pittsburgh. After his own success as an artist on social media, Jasiri X was inspired to help others achieve the same.

“The emergence of social media we saw as, ‘Hey, we could teach young Black men how to develop our own media and use social media,’” he says. 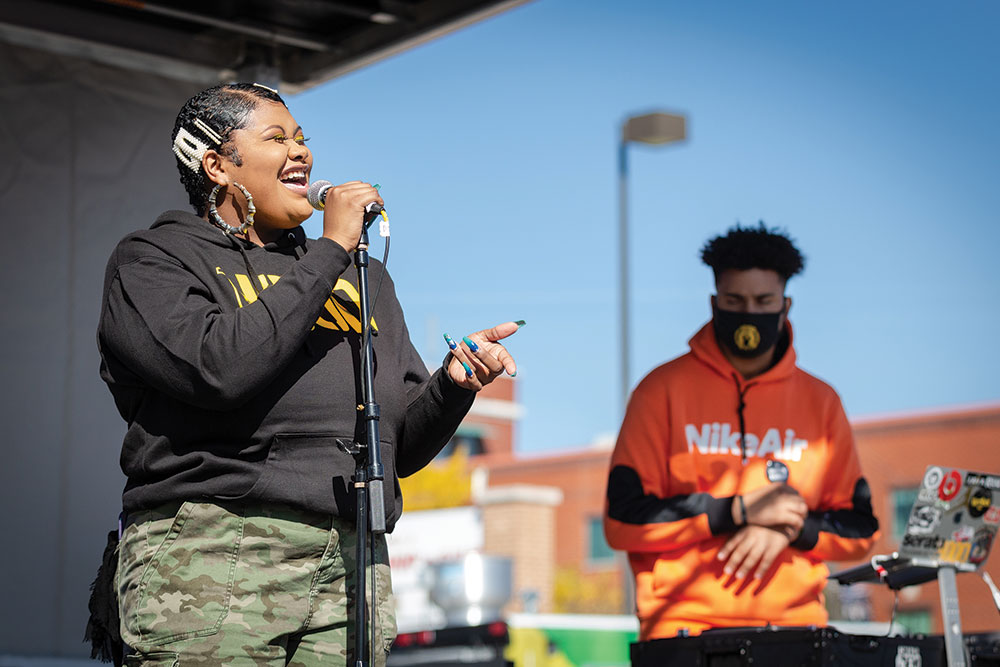 NAIROBI, A PERFORMER WHO IS PART OF 1HOOD MEDIA, SINGS AT AN EARLY VOTING EVENT IN THE HILL DISTRICT.

1Hood Media is focused on cultivating the area’s talent, including local hip-hop artists like Brittney Chantele and Treble NLS. The organization is also working with younger, grassroots groups like Black, Young and Educated and its own Young Black Motivated Kings and Queens to do the same community work that defined 1Hood’s beginnings.

“The same skillset that you need to do art is what you need to … organize people, specifically inspiring people to do something greater,” he says. “How can we connect these younger artists and activists with the resources they need to bring their revolutionary inspiration or creative visions to life?”

Jasiri X says 1Hood was founded because they were young protestors who were “getting put at the kiddie table.” Now, they’re empowering young adults to sit with them.