A Christmas to Remember

These three grooms-to-be planned the ultimate surprise gift for their significant others — a ring. 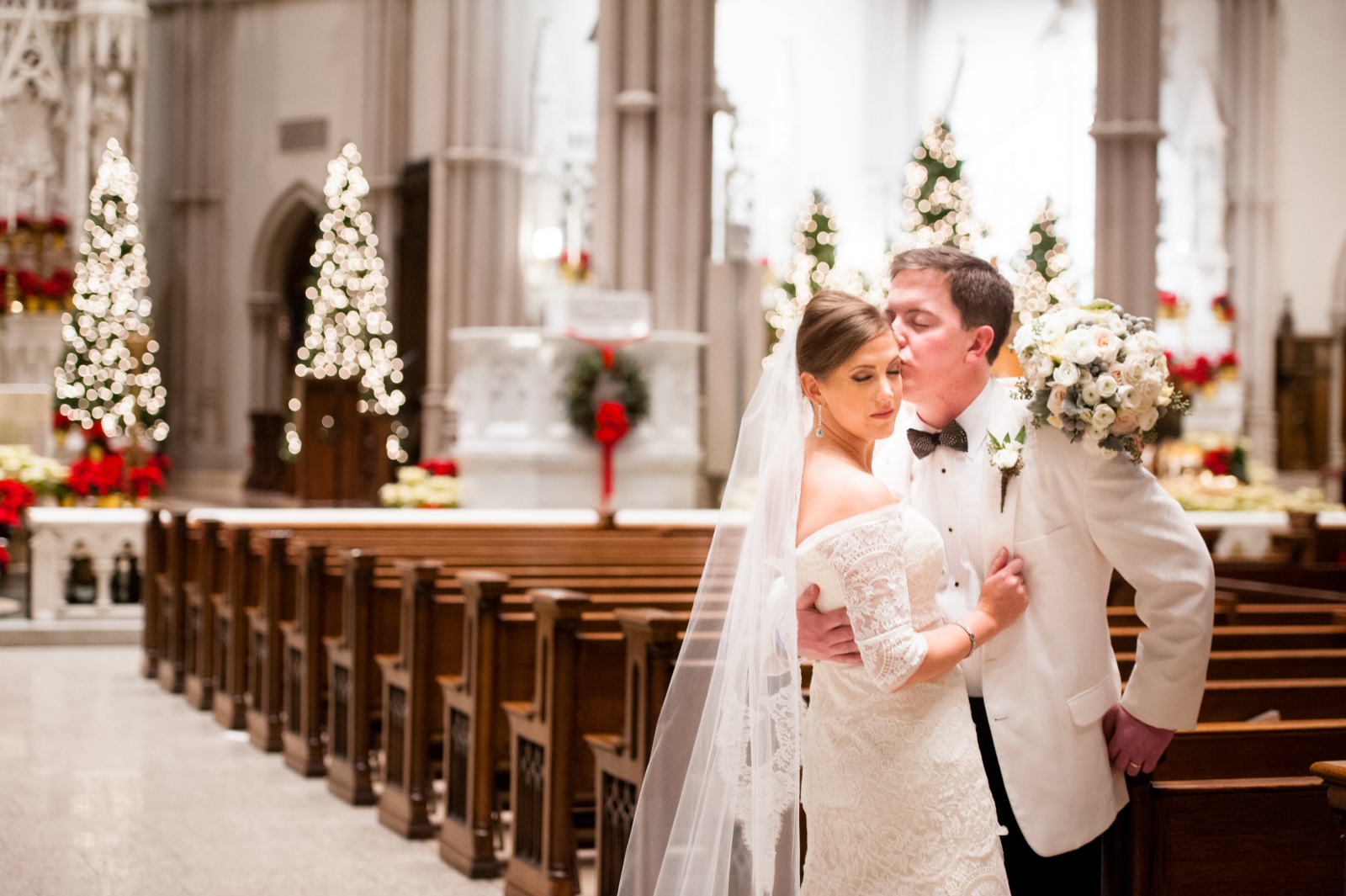 Sarah Noone barely noticed how nervous her boyfriend Adam Farlow was on Christmas morning 2013 as they were getting ready to spend the day with her family in her childhood home.

“I was running around to make sure all of our packages were under the tree for my family,” she says. “I’m a crazy person and never sit down and stop moving so he literally had to hold me and he said, ‘You need to stop moving for literally five minutes.’”

Once she did, he got down on one knee and popped the question. With their dog, Nora, bouncing around happily nearby, Sarah said yes.

They walked down the hallway to tell the rest of her family and came across her mother first. She started crying, and Sarah’s father popped open a bottle of champagne.

“Adam told me after that he knew it was a bit cliché to propose on Christmas, but he had run out of time and wanted to make sure that he did it while my whole family was together because he knew how important it was to me,” Sarah says, noting the pair has lived in Charlotte, N.C., for the past few years.

Adam wanted to propose a few days before. The pair was driving to Sarah’s parents’ home in Grove City, and they passed a snow-covered Leesburg Falls.

“I was telling Adam how gorgeous I imagined it was at that time because of the fresh-fallen snow,” Sarah says. “He implored me to stop, but I told him we were running late. On the way home, he asked again, but I told him that we would probably get stuck [in the snow], so I just kept driving. I guess I set myself up to be proposed to in Spandex in my bedroom.”

The couple wed Jan. 3, 2015 in St. Paul Cathedral, on a date close enough to Christmas that the church was still decorated for their nuptials. 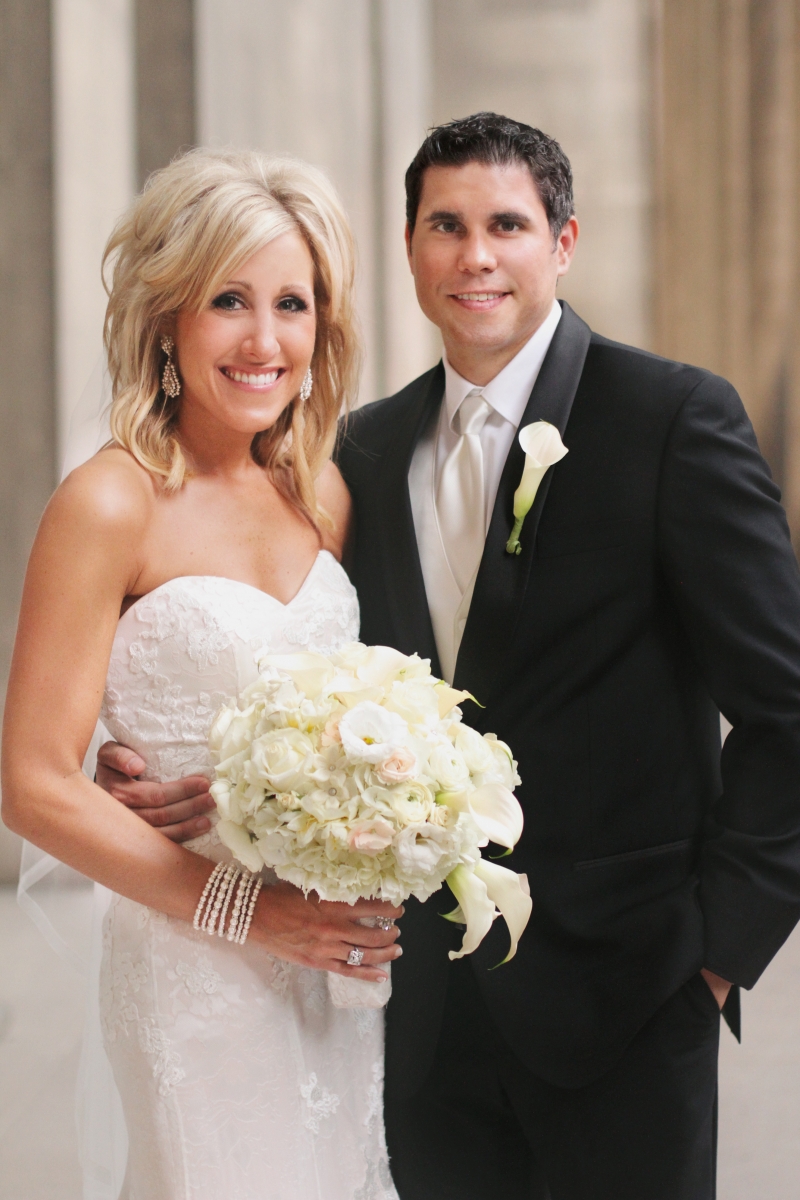 She told her boyfriend, Matthew Crum, that because they had just built their first home together, she didn’t need any presents from him. He insisted she give him some ideas, so finally she showed him a Sabika necklace and bracelet she’d had her eye on. She offered to order the items herself since she was placing orders for other Christmas gifts from the company.

A few days before Christmas, Matt asked her for the jewelry so he could wrap it. She told him that was silly, but again he insisted.

On Dec. 23, 2013, the two were enjoying an intimate Christmas dinner in their home before visiting their families over the next few days. Ashlee was anxious to give Matt his gifts, but she didn’t know he was anxious for her to open hers as well.

“I was teasing and making smart little comments as I was opening the box because I thought I knew what was inside,” Ashlee says. “Well, the trick was on me. The first jewelry pouch on top had the necklace in it, [but as] I reached for the second see-through pouch that had the bracelet, I saw there was something else in there that I didn’t give him to wrap … the ring.”

Ashlee says the two had talked about getting engaged, but she thought it would be after the hustle and bustle of the holidays. She had told him she didn’t need an elaborate proposal, she just wanted to be surprised, and she says he definitely succeeded.

“It was our first Christmas in the new home we built together,” she says. “It worked out great.”

She says getting engaged right before Christmas made the holiday extra special because they were able to share the news with all of their friends and families in person.

“We got to relive it over and over again,” she says. 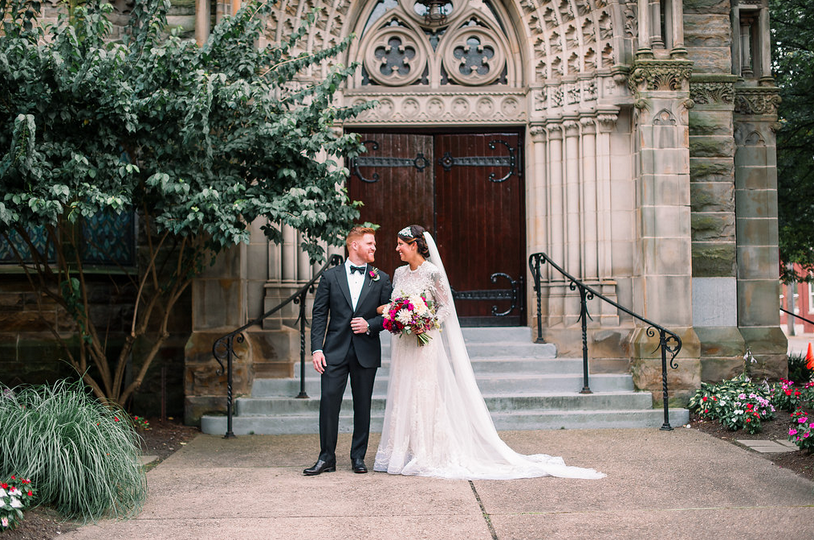 Bill Hetherington had to trick his girlfriend into opening her gift as well in order to present her with an engagement ring on Christmas Eve 2013.

“I was getting ready to go to his family’s house and he wanted me to open my gift because he wanted me to wear it that night, and I didn’t want to,” Cassie Harper says. “I said, ‘Why can’t I open it tomorrow?’”

He successfully convinced her to open a box with a necklace inside, and below that was a ring.

“I was very surprised and happy,” Cassie says. “It was just him and I together — no one watching, not in public. I never really wanted anything crazy or over the top.

“He wanted to do it in front of my whole family, and my mom told him no,” she says with a laugh. “I have a big family and that might have been a little crazy.”

The couple wed on July 18, 2015 in Calvary United Methodist Church.