A Chess Phenom at 4, Pittsburgh Teen is King of Queen's Gambit

Ashley Lynn Priore is teaching young Pittsburghers chess so that they can empower themselves and their communities. 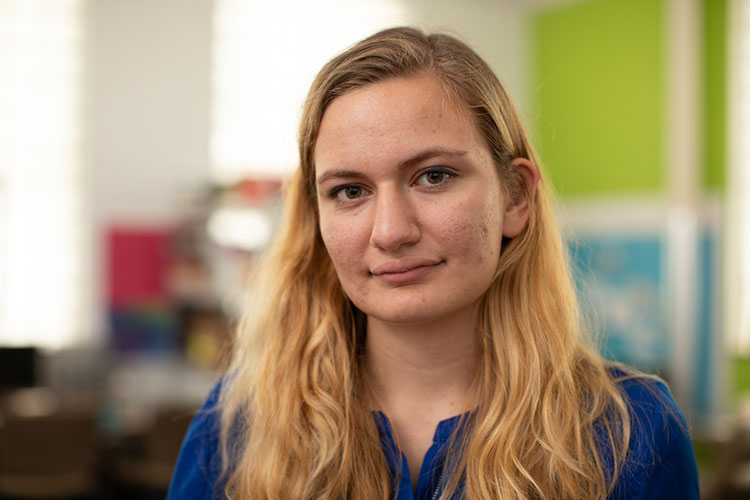 The first time Ashley Lynn Priore played chess, she faced off against her father, who had trained her three nationally ranked older siblings before her. She was only 4 years old at the time.

She beat him in four moves.

“My siblings were watching TV and my Mom said, ‘You have to see this, your sister won!’ and they were like, ‘Mom, ‘Smallville’ is on, she’s good, we assume that,’” Priore says.

Now, at 18 years old, Priore is a nationally ranked player herself. She’s also the founder and CEO of the Queen’s Gambit Chess Institute, a Pittsburgh-based nonprofit that teaches chess to children through an interactive curriculum encouraging mental growth and social and political involvement.

Queen’s Gambit teaches free lessons at Pittsburgh Public Schools and the Carnegie Libraries, in addition to individual and group sessions. Private lessons cost around $20, but need-based discounts and free classes are available.

Priore estimates between 300 to 500 kids have been involved with Queen’s Gambit since its inception in 2014. The organization now has five staff members and a full-time board; the organization has about 30 partners, including educational network Remake Learning.

Ani Martinez, Remake Learning’s field director, has been working with Priore to promote Queen’s Gambit’s activities for about a year. She admires Priore’s dedication to chess as a way of addressing social problems and developing children’s minds. 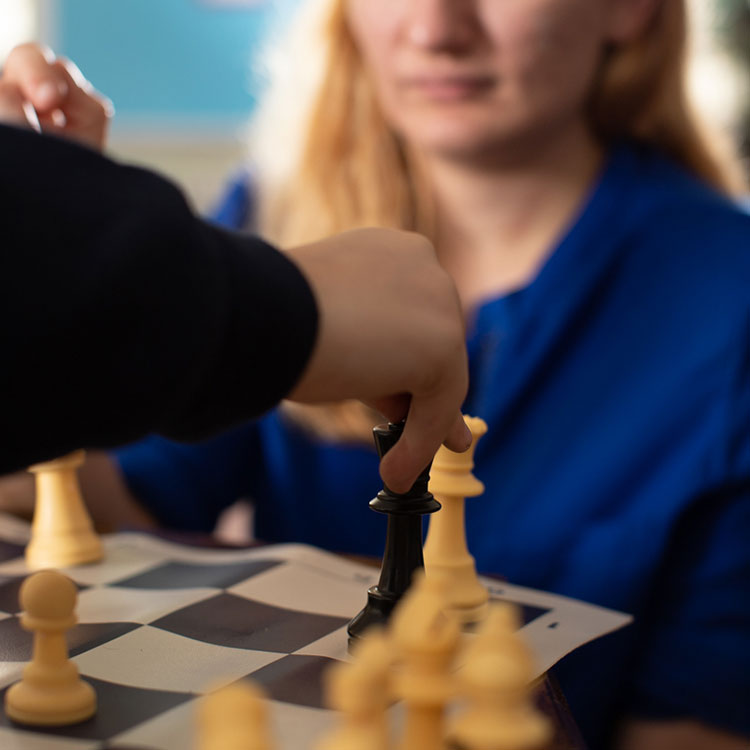 “She thinks about that all day,” Martinez says. “If you ask her she has clear answers and evidence.”

Priore started Queen’s Gambit as a 14-year-old student at The Ellis School for Girls. She had been playing chess competitively for several years by then and found there weren’t many female competitors; sexism was a factor from her first lesson, at 7 years old.

“There was this little boy who is someone I feel I would teach now. He asked me where my brother was, like, ‘That’s my opponent, right,’ and I was like, ‘No, you’re playing me,’” she says.

With the support of community leaders and her parents, Priore learned how to create her own business. She decided on the name Queen’s Gambit because the move in chess, which is a sacrifice, mirrored how starting an organization at an early age represented a risk for her.

Priore believes that the game also emboldens children to help their communities. Priore encourages her students to meet with local leaders and develop neighborhood plans inspired by chess strategies. Priore’s belief in chess as a catalyst for change was the focus of a talk she gave at TEDxPittsburgh in June.

Earlier that month, Queen’s Gambit hosted its first chess conference at the University of Pittsburgh. The two-day event featured an international tournament, an all-female tournament and a ceremony to celebrate chess initiatives in Pittsburgh, as well as a talk from chess grandmaster Timur “The Blindfold King” Gareyev. 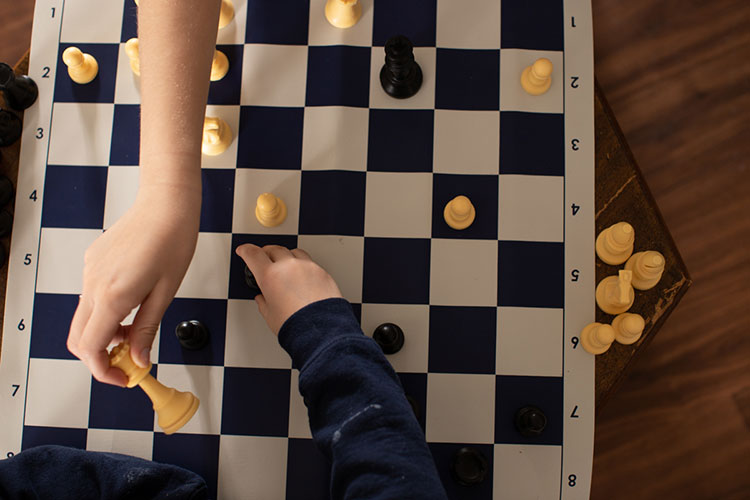 “It was a lot of fun because all the kids were so interested — and it showed Pittsburgh as a hub for chess,” Priore says.

Priore never imagined making it this far with Queen’s Gambit. Her goal is to expand the organization across Pennsylvania and have it serve as a model for other states.

For now, Priore is attending the University of Pittsburgh, with a schedule arranged to allow time for Queen’s Gambit. She can’t explain how she’s balanced running the Institute with the rest of her life so far but also can’t imagine what her life would be like without the sport.

“I view everything through a chess lens,” she says. “It’s embedded in my DNA.”

This article appears in the December 2018 issue of Pittsburgh Magazine.
Categories: Community Feature, From the Magazine