A Beer & A Dog – Where’s Your Favorite Spot in Pittsburgh?

Consider this a community-service request: Help us create the Pittsburgh quick-stop dog-and-beer map. 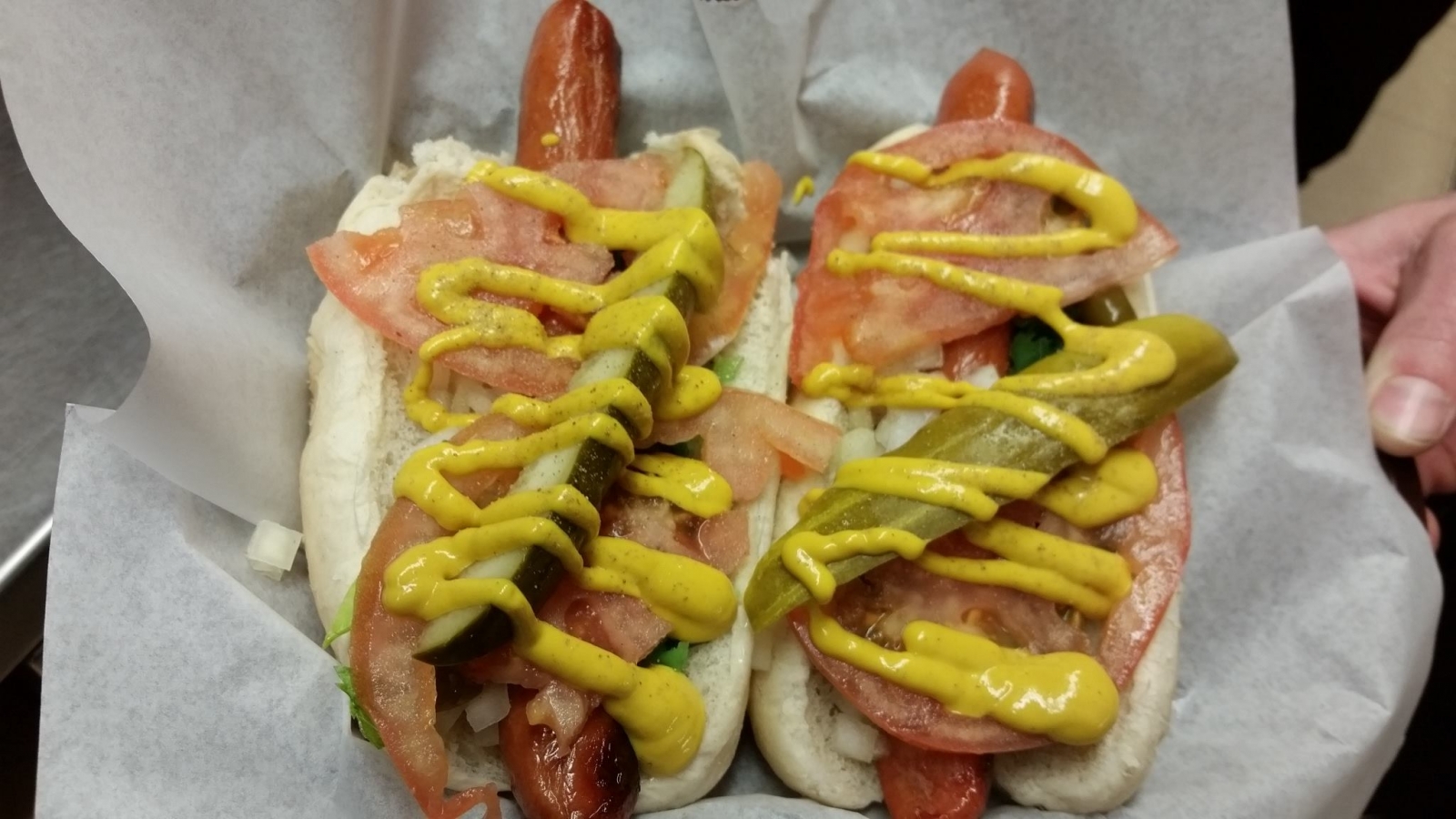 Most weeks, I focus in this space on longer activities. A bar at which you can spend a leisurely evening or a restaurant where you can catch up over multiple courses. A destination event, such as a concert or show. A trip to the movies. That’s usually what we’re talking about when we’re talking about nightlife — the singular thing you go out to do at night.

But that ignores a vital part of many evenings — grabbing a quick bite to eat and a drink before the actual thing. Sure, you can get drinks and food just about anywhere — but not always. And if you’re on your way to a concert or a game, you may want to fill up without paying a premium. In short: You’re going to a place, but you need to eat first. And hopefully grab a beer while doing so.

So where to go? Say you only have 45 minutes or so. Obviously, fast food is out — no beer there, and fast-food is a meal of last resort at the end of the night, not a solid decision to kick off an evening. Do you try a sit-down restaurant, grabbing a seat at the bar and hoping that they’ll serve you in time to get where you’re going? Maybe, but it’s a risky proposition. Do you forego the beer altogether and track down a food truck? If you can, sure, but that’s really only a great option if one is down the street.

The best solution, in my view: a hot dog and a beer. We are blessed with several spots expressly designed for the combo, several of them quite good. (There are even a bunch that will happily substitute a veggie dog for the non-carnivores among us.)

For years, I regarded Regent Square institution D's Six Pax & Dogz as the bar-none champion of dog-and-beer joints. For one thing, D's has the nearly unparalleled “beer cave,” with more than 1,000 bottles to choose from (many in a walk-in freezer). What’s more, the dogs are formidable; my favorites are the Mason Dixon, topped with coleslaw and chili, and the Mac’n Cheese, which is absolutely smothered in the yellow stuff. And though the location may be a bit far afield from your eventual destination, D's is only a minute from the Edgewood/Swissvale Parkway East exit — so it’s not too taxing to loop it into your plans.

And suddenly, a contender appears. I never had visited Mount Washington’s simply named Packs And Dogs, but stopped in with only a half-hour to spare earlier this week. Past a pair of Shiloh Street-facing outdoor tables and a lounge area, a massive beer cooler runs nearly the full length of the building. Packs and Dogs claims to have the largest beer selection in the neighborhood, and I don’t doubt it; the seasonal selections alone filled two coolers. And the hot dogs, named after actual canine breeds, are great, too; I loved both the Irish Setter (coleslaw and fries) and the German Shepherd (sauerkraut and brown mustard).

I want further input, though. The dog-and-beer model works so well at the start of an evening that I’d like to have go-to locations all around town. So post a comment to this story or email me and let me know: Where’s the best place in town to grab a hot dog and a beer? Is it one of the two places I mentioned, or do you prefer The O? Or Franktuary? Still mourning for Station Street? Let’s get a quick-stop dog-and-beer map together. We’ll ask on Facebook and Twitter as well and include some opinions in next week’s edition of After Dark.