A Bar Falls, a Brewery Rises

The brand-new Spoonwood Brewing Co. fills the place of a bygone favorite bar with great beer and food. 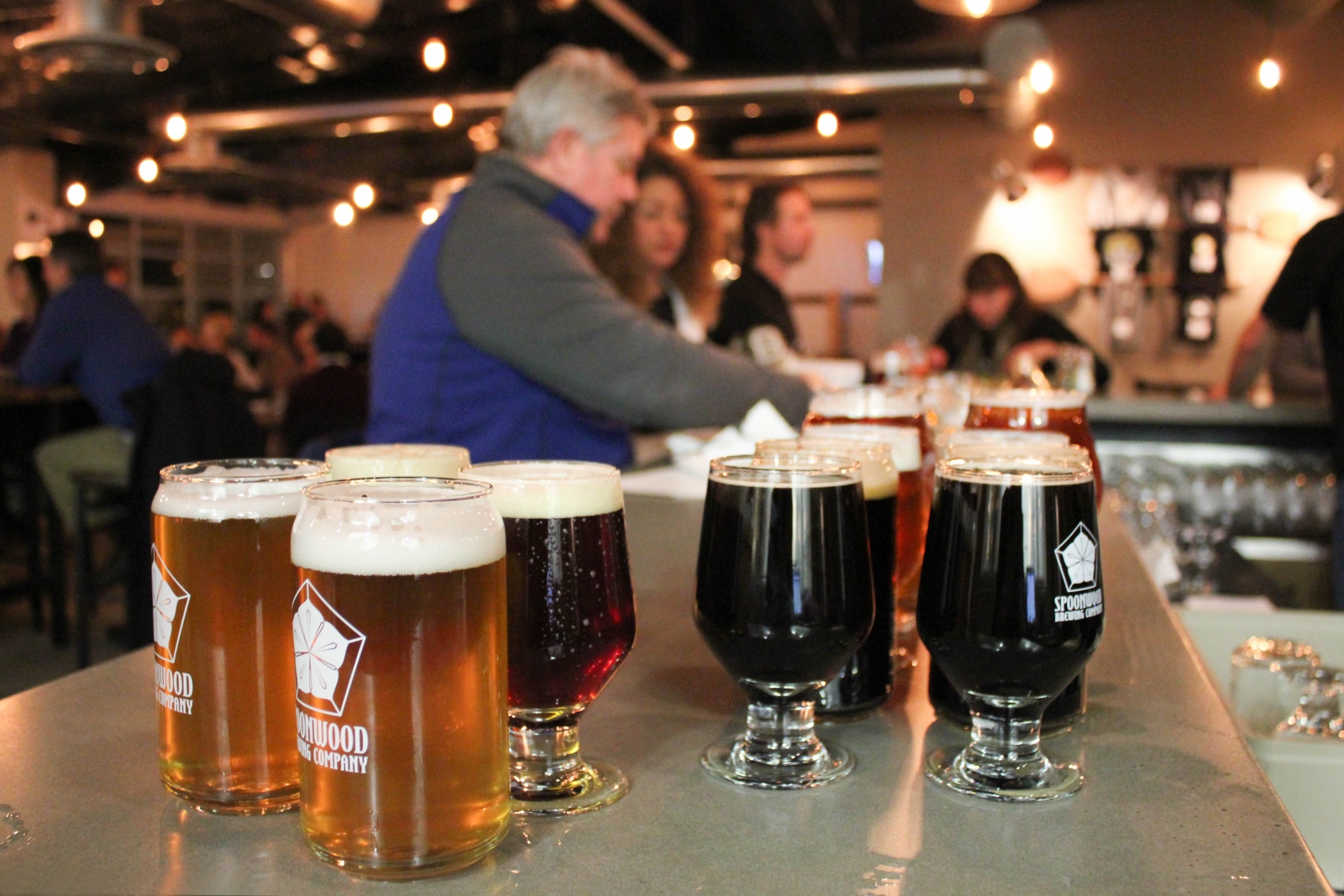 It’s never good news when a cool bar closes. But when that bar is replaced by an even cooler brewery, I’ll get over the loss quickly.

In November 2010, I included Duke’s Station, a quirky Bethel Park bar and restaurant, among 20 Hot Bars in and around the city. It was an unusual neighborhood spot, with a hillside outdoor-seating area accessed via a train car that made up a large chunk of the structure. It was a great place to hang out with cheap food and beer and a go-to in the southern suburbs.

Sadly, it’s now a part of South Hills history. (This brings the total of bygone bars in that feature to four: Duke’s, Embury, Ava Lounge and the downtown Papa J’s.) But there’s a place I can go to drown my sorrows over Duke’s demise. In fact, it’s in the exact same spot. And after a visit, I might just forget all about the erstwhile train bar.

Driving up to Spoonwood, it’s understandable that Ilnicki would do great work. This place was built from the ground up as a brewery first and foremost; inside, it’s a gleaming beer-making palace.

“I just want to keep it fresh,” says Ilnicki, speaking to the beers that’ll be on tap in Spoonwood’s spacious bar and restaurant. A no-nonsense cream ale, Working Class Hero, and a tasty IPA, Killer Diller, will almost certainly be available at all times; beyond that, there’s room for experimentation. On my visit, that meant a campfire-warm smoked oatmeal amber, Smoke and Oats, and Scofflaw, an 8.0 percent ABV American strong ale the menu aptly describes as, “brash, abrasive, just plain mean.”

Everything I tried was interesting and flavorful — and I couldn’t help but be impressed by a brewery so variety-minded that a cream ale could occur in the same realm as the imposing Scofflaw.

“It’s a little bit selfish,” Ilnicki says. “I would go crazy if I had to brew the same beers again and again.”

In all likelihood, then, nearly every visit to Spoonwood will be different — especially when one starts matching new brews with the wood-fired fare. The menu includes a half-dozen pizzas (and the option to make your own pie) alongside a list of small plates (I’m going back just to try the polenta triangles), soups, salads and sandwiches.

What’s more, Spoonwood pretty much can guarantee the freshest growler-served beer you’ll ever taste. Thanks to an innovative, Austrian-made contraption called the Gruber Growler Filler, your take-home vessel can be filled and capped without the beer being exposed to oxygen. As long as you crack it open in the next 24 hours or so, it’ll be just about as fresh as if it were pouring right out of the tap. At the moment, Spoonwood has the only such device in western Pennsylvania.

In my mind, visiting all these bars and breweries simply builds a sudsy map of the city for my personal reference; it’s a sort of internal Yelp, if you will. And if I’m anywhere on the far side of the Liberty Tubes and in need of a beer and a bite, Spoonwood will be the first thing on my mind. Southern ’Burghers, add it to your routine; everyone else, make a trip.