9 Things to Know About The North Park Water Tower

Thanks to Rick Sebak, we have some rare pictures of the view from the top. 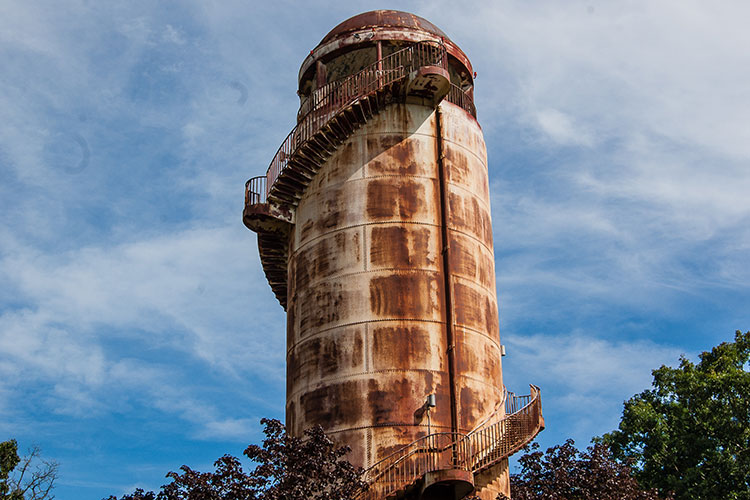 The North Park water tower, which offers spectacular views from its observation deck, has been off-limits to visitors since the 1970s. The rusting, silo-shaped tower that rises well above the trees shows its age. Still, Allegheny County Councilman Ed Kress and others believe the tower could have many good years left; they are seeking a public-private partnership to repaint the tower and reopen it the public.

One thing that won’t need a total overhaul: the observation deck’s stylish terrazzo floor, decorated with mosaics of zodiac symbols and metal medallions to indicate compass points. Dreamworks Productions donated $10,000 to repair the floor in 2010 so filmmakers could use it for scenes in the teen sci-fi movie “I Am Number Four.”

A few years back, WQED producer/host Rick Sebak and a videographer climbed to the top of the tower. Rick was kind enough to share his photos. 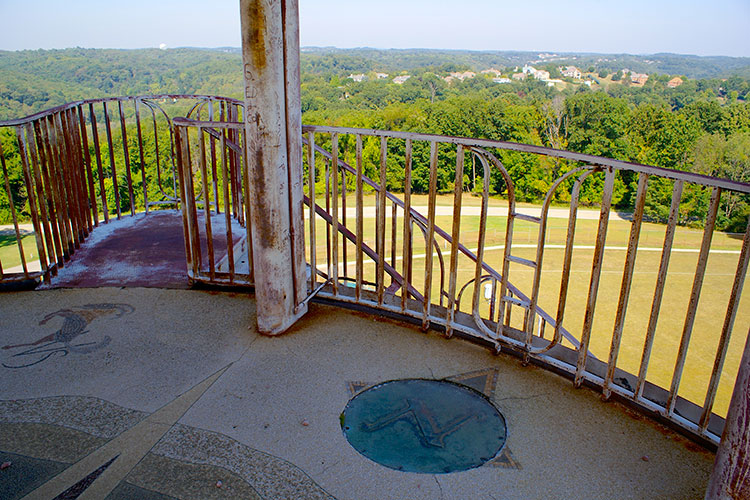 154
Number of steps to reach the top