The Penguins’ soft-spoken rookie defenseman prefers to let his play on the ice do the talking. 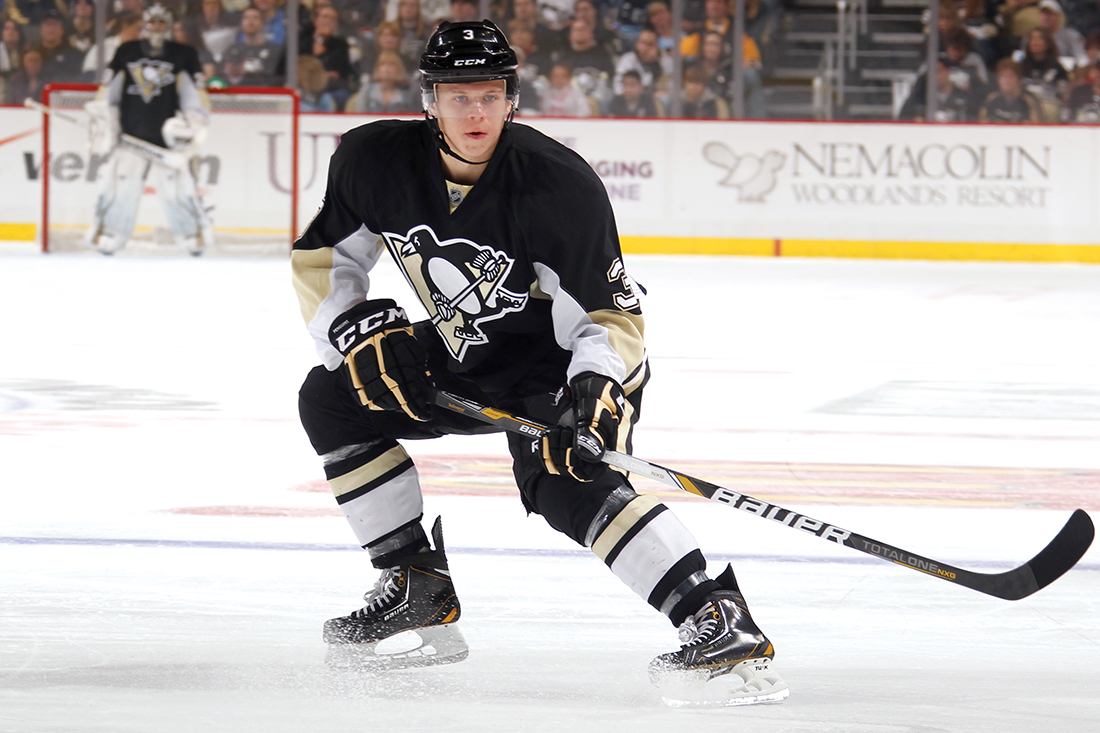 At 19, Olli Maatta’s journey to the NHL has been rapid — especially considering he decided he wanted to play hockey for a living about five years ago.

The native of Finland also grew up playing soccer and didn’t fully commit to organized hockey — which he admits is his first love — until he was 14. Two years later, he was the youngest player ever to suit up for Finland in the World Junior Championships. Another two years passed, and Maatta was leading Ontario Hockey League rookie defensemen in scoring — and was selected 22nd overall by the Pittsburgh Penguins in the 2012 NHL draft.

Despite a strong training camp, few predicted that Maatta would stick with the Pens in 2013. The team already had a logjam on the blue line. Maatta had a nine-game window before the Penguins had to make a long-term decision — keep him or send him back to his junior team in London, Ontario. Injuries, namely to All-Star Kris Letang, made it possible for him to play in at least those nine games. Maatta took it from there.

The Penguins knew what they were getting in Maatta. A solid two-way defenseman with good skating ability, he plays a simple and intelligent defensive game while remaining a threat to join in the offensive rush at any time. Less predictable but no less welcome: his ability to play with the craftiness and poise of a 10-year veteran.

There’s an outside chance the Penguins could still send Maatta back to his junior club this season; if he plays beyond Game 40, he would be eligible for unrestricted free agency at age 25. The Penguins no doubt will consider all of their options, but Maatta’s play on the ice has confirmed that he belongs here.

What was your reaction when you found out you’d be staying with the Penguins?
I was really excited. I sent a text to my parents, brothers and best friends right away. We had a game the next day, so I didn’t think about it too much. It was awesome to know — but it was only nine games [into the season,] and I want to keep taking things one game at a time.

Making a pro team at 19 is an accomplishment in any sport. Was there a moment when you knew that you belonged in the NHL?
I think I have just been gaining confidence over time. I had to keep getting more comfortable, keep trying to get better every game. Starting in rookie camp we talked about this being an opportunity — so I’ve just been trying to work hard every day.

As a teenager, what was it that made you decide to go with hockey rather than soccer?
I [felt] I had a better chance to make it pro playing hockey, and … I just felt like it was closer to my heart. But I’m still a big soccer guy as well. I love watching soccer. I like Aston Villa, but they haven’t been that good — for years.

Have you found any similarities between Pittsburgh and Jyvaskyla, your hometown in Finland?
It’s a big sports town like Pittsburgh is. Other than that, though, there’s nothing that is really new to compare. I’ve been able to go out [here] for some dinners and to the movies. Pittsburgh is a really nice city.

Jussi Jokinen is also Finnish.  How much has he helped you adjust to the NHL?
A lot. It’s good to have a guy who speaks your own language, [whom] you can talk to. That’s a big thing. But everybody’s been really good here — I think everyone knows what it’s like to be the young guy.

You’ve represented your country on national teams and also at the World Junior Championship. It’s looking like you may have an opportunity to do so again this year — this time at the Winter Olympics. [Editor’s Note: At press time, the Finnish men’s hockey roster was not final.] What would that mean to you?
I haven’t thought that far — but obviously I wouldn’t say no if they asked me to go. That’s something really big. It’s always been my dream to play in the Olympics. But I don’t want to think about it too much right now.

How have things changed off the ice for you?
My schedule is kind of the same. There are more games, so there’s not that much time to do anything else. Every day you have a practice or a game, so you have to focus. But at the same time, you have to make sure [that during] the off time you block hockey out and think of something else.

Trying not to overload?
Exactly. I use Skype with my brothers and friends daily, and at least once a week with my mom and dad. We’re lucky to have Skype these days; I can’t imagine back in the days when they didn’t have anything like that — having to write letters.

Or video games — I read somewhere you’re a big “Call of Duty” fan …
I still need to get the new one. I haven’t actually brought anything over with me, but I want to get the new [PlayStation 4] . . . I’ve pretty much just been watching movies, so I might be a little rusty at first.

This article appears in the January 2014 issue of Pittsburgh Magazine.
Categories: From the Magazine, Hot Reads, Penguins