For Pittsburghers, “O” is much more than the 15th letter of the alphabet; it also represents one of Pittsburgh’s most iconic eateries. 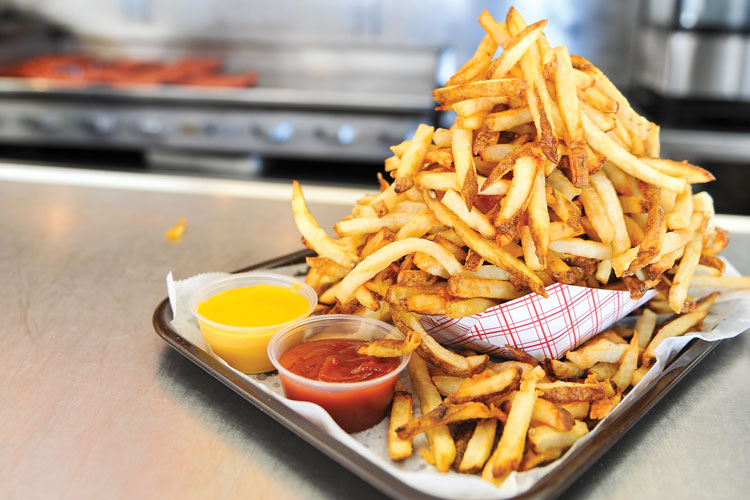 Opened in 1960 by the Simon brothers, The Original Hot Dog Shop — more commonly known simply as the “O” — is a staple of the Oakland food scene. From the dogs to the famous “O” fries, PM breaks it down.

56
The number of years the “O” has been in business. The hot dog shop still stands in its original location near the former site of Forbes Field. The shop opened for business in the same year the Pirates beat the Yankees in the World Series. (Coincidence? That’s for you to decide.)

1.5%
The amount of the average American’s total calorie intake that comes from french fries.

400
The approximate number of beer varieties available to accompany your dog and fries at the shop, from big-name domestics to imports to local brews.

Sydney & Moe Simon
The brothers who founded the “O.” Sydney lived to age 80, battling three types of cancer along the way — and leaving a legacy on the Oakland landscape.

$3.99
The cost of an Original hot dog. All of the standard fixings — ketchup, sauerkraut, mustard and so on — are free. An extra dollar gets you a slice of melted cheese on top

What's In A Name?
The full name on the sign: Essie’s Original Hot Dog Shop. Essie was Sydney’s beloved wife. Previously, the “O” was known as Original Franks and Burgers.