8 Things You Might Not Know About Kennywood’s Jack Rabbit

When you compare what it cost to build the coaster in 1920 to what it would cost today, it's obvious Kennywood's owners got their money's worth. 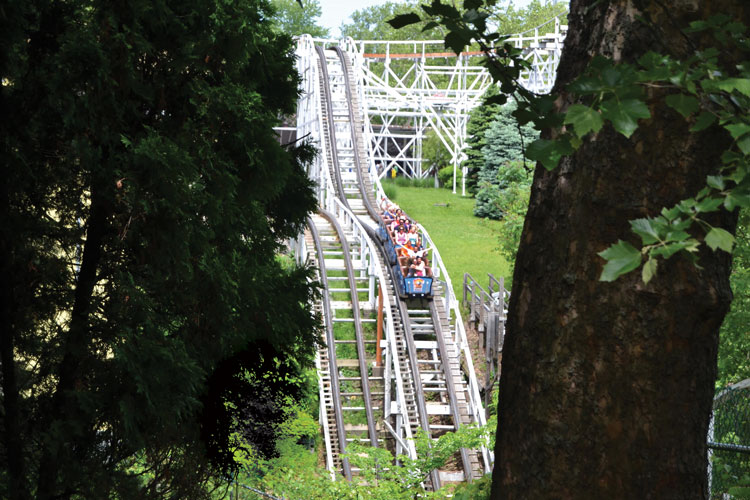 The Jack Rabbit — the sixth oldest operating coaster in the world — was built in 1920 by legendary ride designer John Miller and his partner, Harry Baker. Since then, millions of visitors have experienced the charm and excitement of this wooden coaster. Although the Jack Rabbit is approaching its 100th anniversary, it doesn’t look like its wheels will be slowing down anytime soon. Let’s break it down.

70 feet
The maximum vertical drop on the Jack Rabbit

140,000 feet
The combined length of the wood used in the Jack Rabbit’s structure

1 minute,15 seconds
The duration of a ride on the Jack Rabbit

2.5 tons
The combined weight of the nails used in the Jack Rabbit’s structure

2,132 feet
The linear length of the coaster, starting from the loading station
​
$50,000
The estimated cost of the ride’s construction in 1920, in labor and supplies