Your wedding photographer may able to provide better advice than your mother, your maid of honor or even your wedding planner.

A wedding photographer's job is to keep an eye on everything, and they’ve seen it all. We asked a few to share some common mistakes couples make and what you can do to help create beautiful moments. 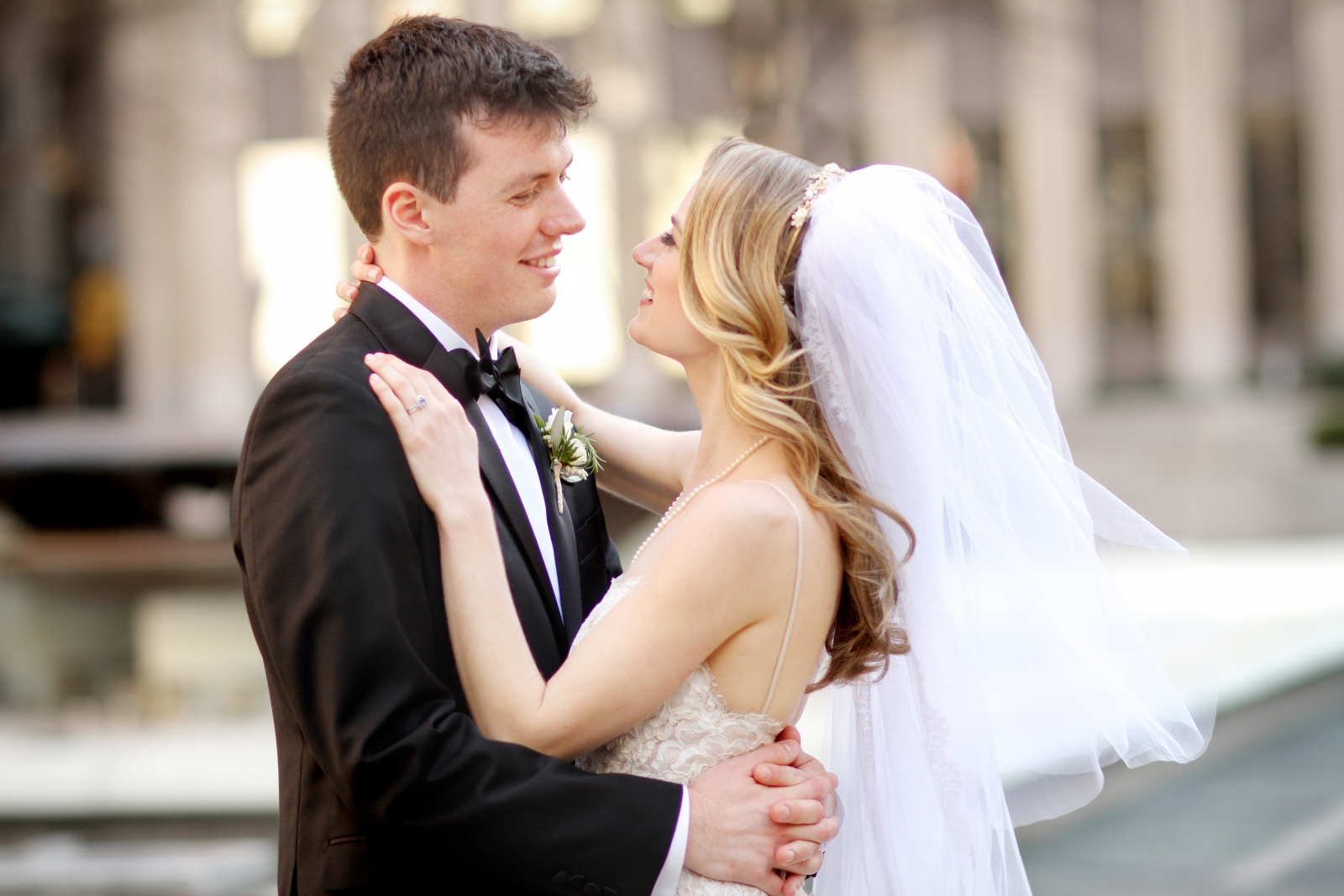 You’re hiring someone because you love their work, says Jessica Ferguson of Ann Louise Photography.

“They do not need to print the list off The Knot with 500 shots [they want],” she says. “If we’re working off a list, that means we’re not organic and not in the moment. We need to be in that moment.”

Photographers resoundingly advise against asking them to recreate shots from Pinterest.

“Avoid sending a Pinterest picture — any Pinterest picture,” says Tiffany Cooper of Hot Metal Studio. “Pose ideas and location ideas are great, but a specific picture you see is normally at a specific time of day in a specific location. [You can’t recreate it] if you want a picture in a desert with a Joshua tree but you’re getting married in a barn in Pittsburgh.”

“I always tell my brides, let me create images of your wedding that other brides want to pin,” Cassano says. 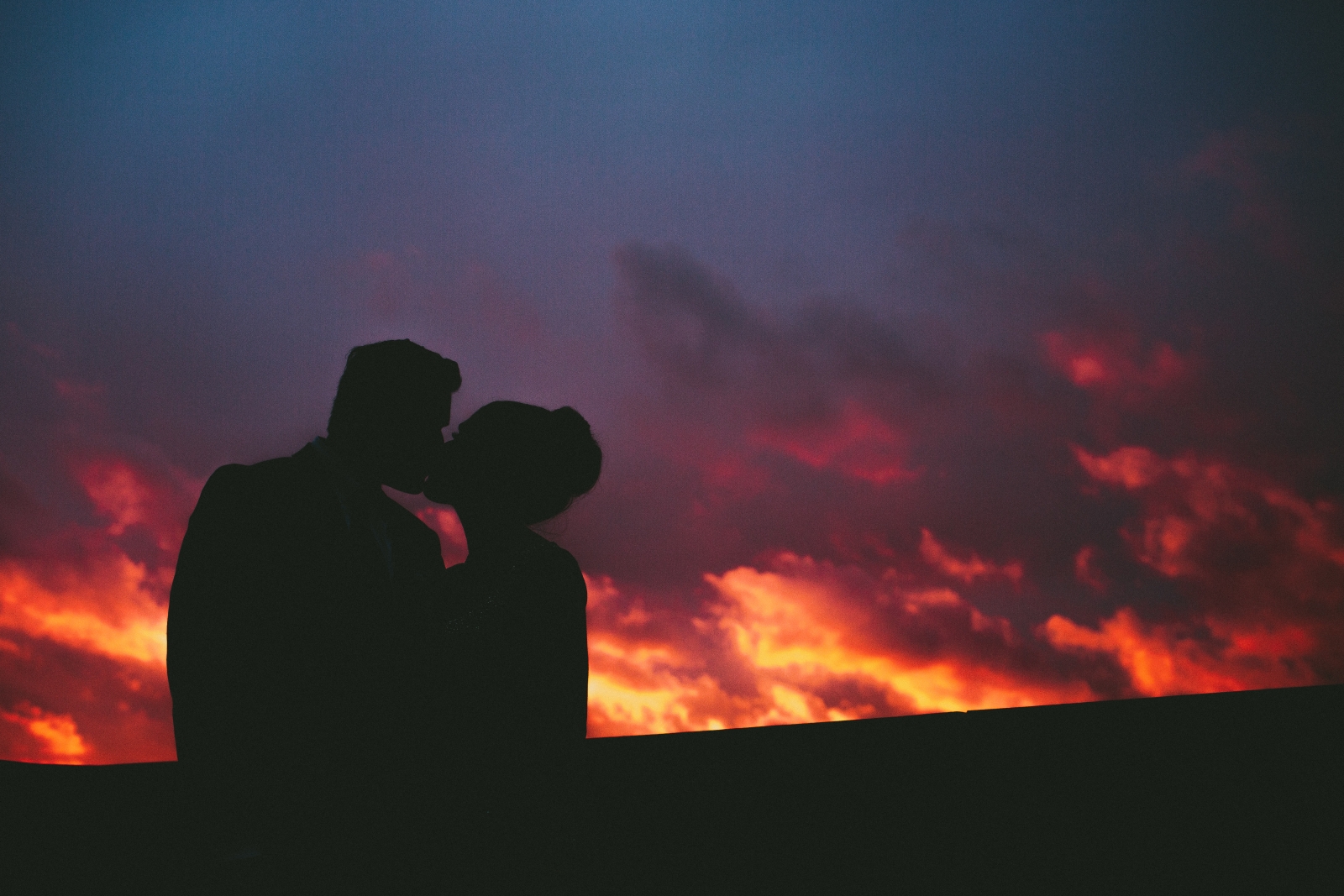 Your photographer knows what kinds of shots to take, but he or she also knows when to take them.

“If [your photographer] says, ‘This time of year in this type of light is going to be best,’ do it,” says Ferguson. “If they say, ‘When you go to the Point in July at noon, the light’s going to be bad,’ trust them.”

Cooper says outdoor photos are best in the “golden hour” about an hour before sunset.

“Your pictures are going to have a more even and more flattering light,” she says.

“Some of my best photos have been in that 15-minute window,” Rowland says.

Cooper also recommends being choosy about the lighting where you’re getting ready if you want to capture that experience. 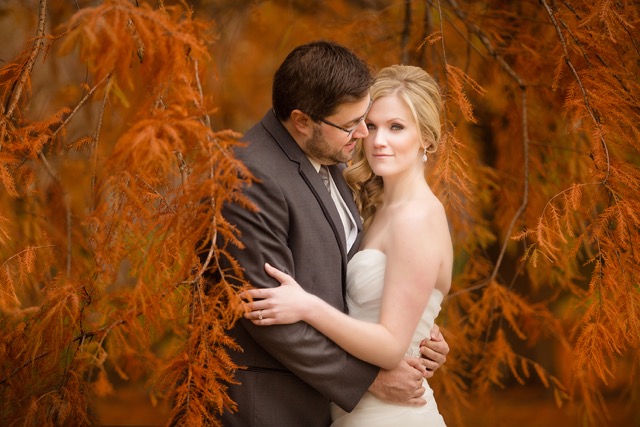 Ferguson says her No. 1 tip for brides is: “Live in your dress.” You wear the dress only once, so don’t be afraid to get it dirty if it makes for an intriguing photo, she says.

“They want to keep it pristine for the ceremony, but after that rock it out,” she says. “They look more relaxed [in photos] instead of worrying if there are any spots on the dress.”

Cassano says despite a photographer’s best efforts, a couple’s stress can come through in photos.

“Be happy,” she says. “Hire a wedding planner or appoint someone else to make decisions and answer questions on your day. Being the target of a firing-squad of questions on your wedding day will kill the romance.”

She also advises couples don’t try too hard to play host and hostess and making sure everyone else has a good time, and she recommends that the bride and groom stick together.

“So many couples either don’t make time for themselves or they are separated from each other the entire reception,” she says. 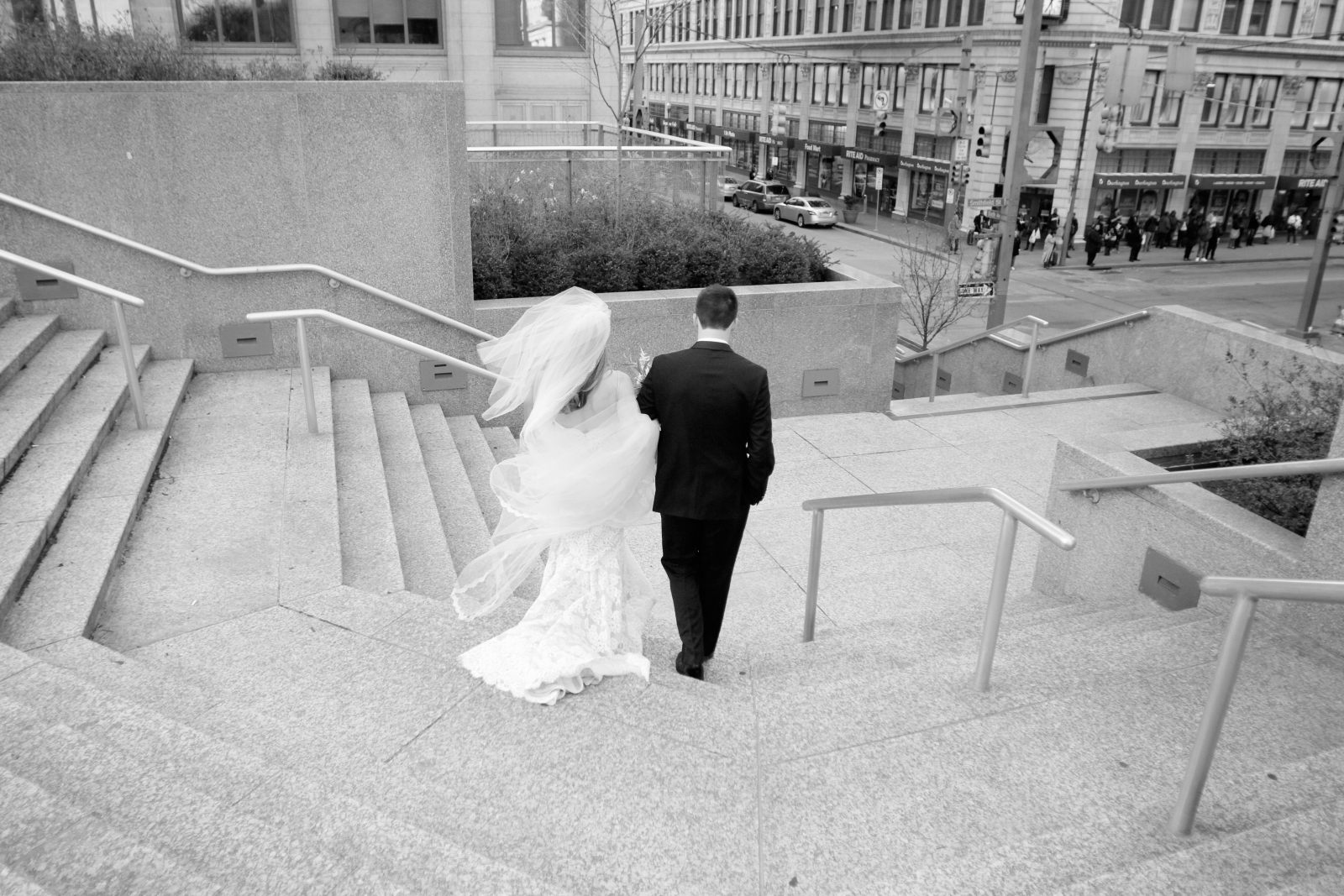 “You don’t need 700 spots on your wedding day,” Ferguson says. “You don’t need the Point and Mount Washington and the Clemente Bridge and the North Side.”

It simply takes too long to go to all of those places, Tony Araujo of Araujo Photography says.

“They say, ‘Well it’s only a five-minute ride,’ and if it’s only the two of you it’s better, but if it’s the whole bridal party” just getting everyone off the bus or trolley takes five minutes at each location, he says.

“It works in your favor if you’re realistic with your timeline and give yourself that buffer because then the day’s relaxed.”

Ferguson recommends sticking with one general location for photos. A bridal party can hit the Carnegie Mellon University Mellon Institute pillars, the Cathedral of Learning lawn and Schenley Plaza in a reasonable amount of time, she says. 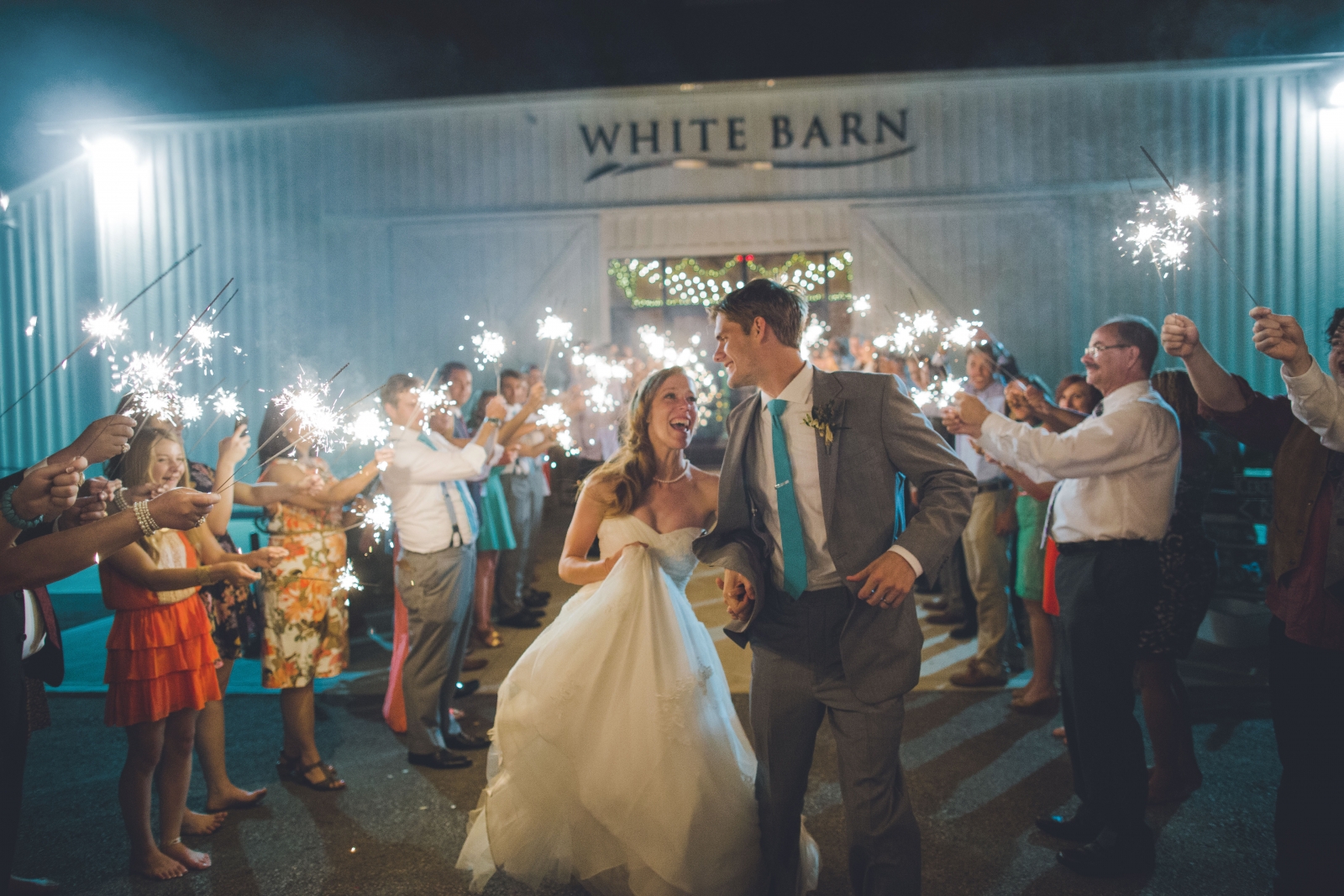 Cooper has seen some disastrous sparkler situations at weddings where the couple wants their guests to send them off with fireworks after the reception.

“It’s never a good idea to give drunk people fire,” she says, noting that if couples want the pretty send-off photo, sometimes it’s better to pose the photo before dinner.

She also recommends buying long sparklers specifically designed for weddings. They last longer, while the small ones can explode in someone’s hand.

Rowland says she also tells bridal party members that the event is not about them – it’s about being there for the bride and groom. One of her horror stories involves a drunken groomsmen hitting her with a golf cart during pictures. 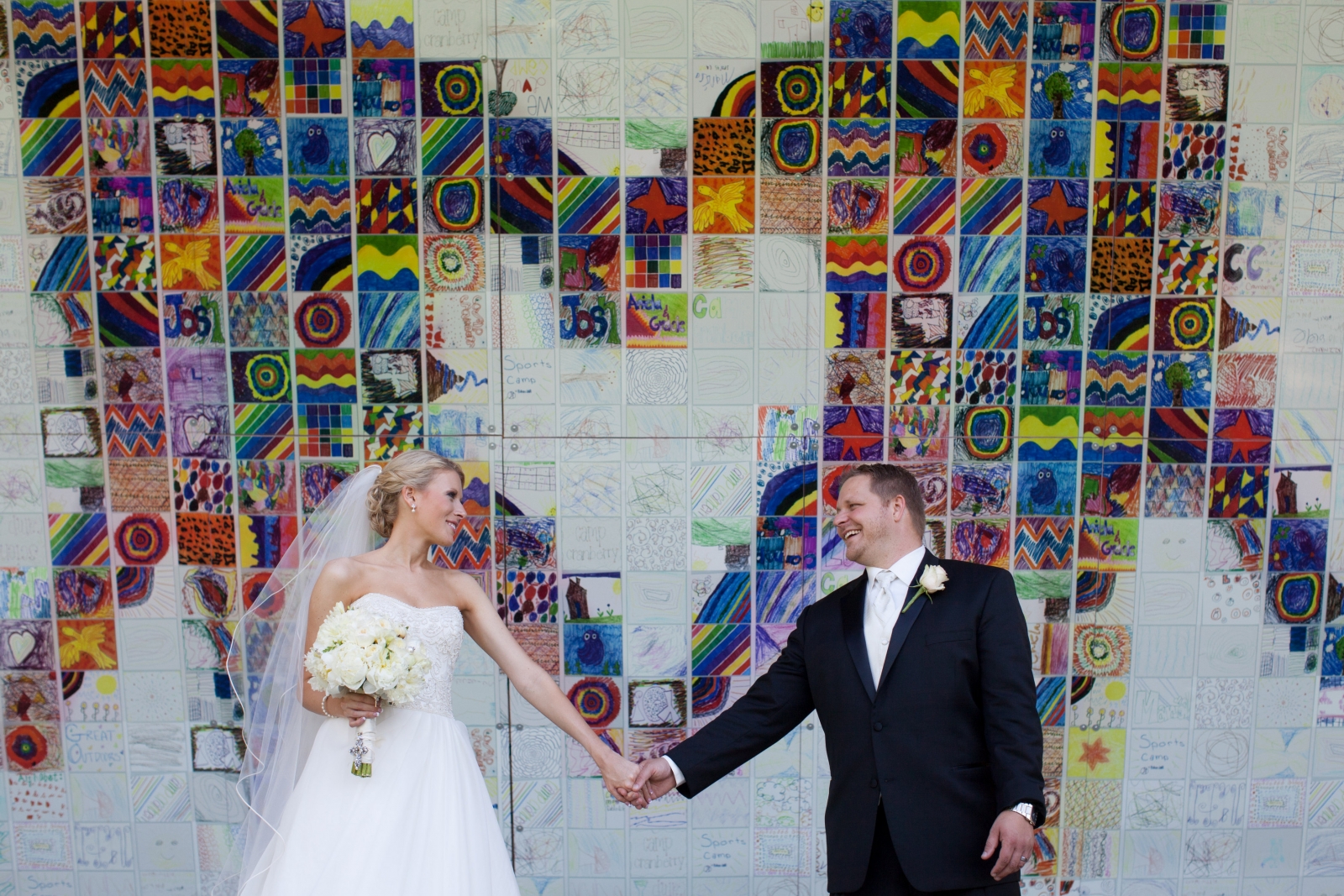 6. Keep Your Photographer in the Loop.

Cassano remembers a wedding where the groom “reeled” his bride’s garter with a fishing pole from across the room. No one knew what was going on when he dove under her dress and came up empty-handed, then darted to the corner of the reception hall and picked up a fishing pole.

“This episode was by far the funniest and most creative garter retrieval I had ever witnessed. I just wish I had known ahead of time so that I could have prepared for the shot,” she says. “From that point on, I make sure to ask if any surprises are being planned that I should know about.”

Rowland says she’s photographed some religious ceremonies where the couple kisses during the middle of the service.

“That’s something I like to know,” she says. “I always ask them to list for me all the details they want to make sure I capture: Did you make the centerpieces, do you have something special in your bouquet, are you wearing something that belonged to your grandmother, did anyone make a special cookie.” 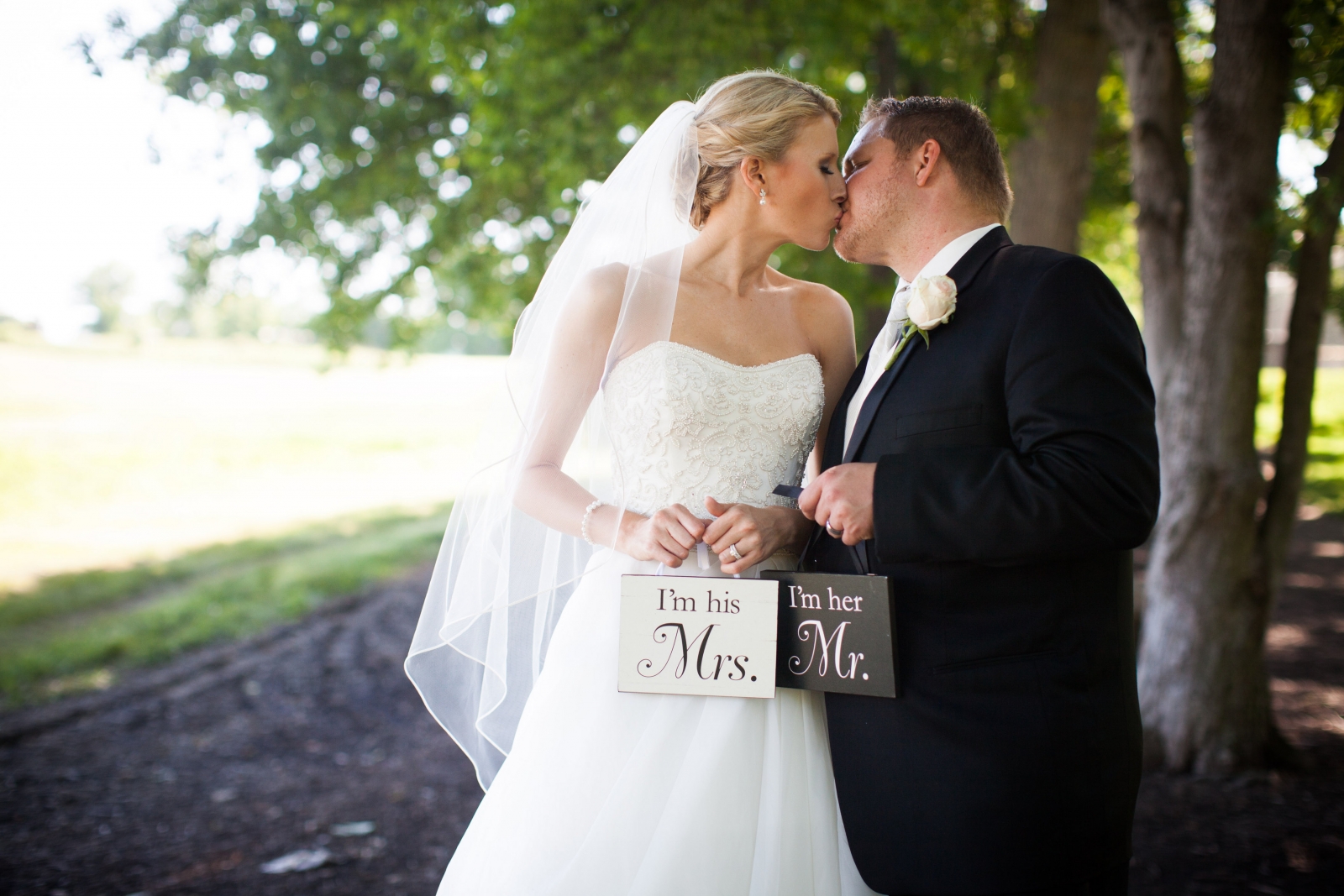 7. Allot Extra Time (for Everything).

“Always make more time than you think you need,” Cooper says. “If your ceremony starts 15 minutes late but you still have to be out of the church at a certain time, that may put your family pictures down to 15 minutes.”

“We work out a schedule with our brides as it relates to pictures so we can sort of be involved in the time things really take,” he says. “Brides just never allocate enough time. That’s not a bad thing; they’re just not experienced at it.”

Rowland says she recommends her couples build in five-minute “buffer” windows so they’ll have enough time for all of the photos they want — especially their portrait shots.

“Enjoy that time because it’s the only time your entire day you get to be alone together and enjoy each other,” she says.