7 Reasons Why the Steelers Can Reach 7th Heaven in 2010

Reason 1: Dennis will be a menace

Byron Leftwich’s lead role in training camp is nothing but a red herring. The 30-year-old veteran brings experience to the position, but he has the agility of your grandma after an Eat n’ Park buffet marathon. 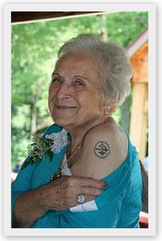 Dixon, on the other hand, is extremely mobile and buys time in the pocket, which is a must-have skill for a quarterback playing behind a Steelers o-line that has been quite literally offensive. Tomlin wanted Dixon to stay under the radar and off the projectors in opposing teams’ film rooms, but the secret is out after Dixon went 6/7 for 128 yards and a TD against the Lions in Saturday’s exhibition opener.

Not only will Dixon win the job of opening day starter, his ability to escape pressure and throw solid deep ball will keep opponents from loading up with nine defenders in the box (which will inevitably occur if lethargic Leftwich is under center). Remember: Dixon was a Heisman hopeful at Oregon University before shredding his knee during his senior season. 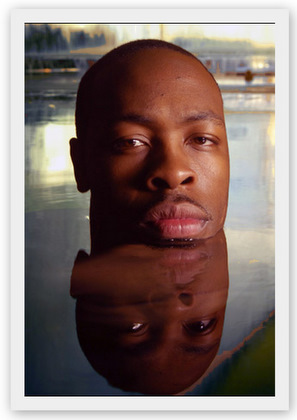 2. Ben Roethlisberger will be well rested

Roethlisberger is still only 28 years old, but he has the mileage of a 32-year-old quarterback. Not only was he sacked more than any other QB last season (50 times) but in the past four seasons, Roethlisberger has been sacked a staggering 189 times. This doesn’t include the countless times he has been knocked to the turf after getting rid of the football. Ben was in the damn dirt more often than Mike Rowe.

When fully-healthy, Big Ben is among the league’s elite quarterbacks (his QB efficiency rating of 100.5 was the fifth-best in the NFL in 2009 despite a porous o-line).

It’s fair to wonder: Presuming the Steelers make it out of Roethlisberger’s suspension period at 2-2, will a four-week vacation allow Big Ben to stay healthy and peak when it counts—in January? 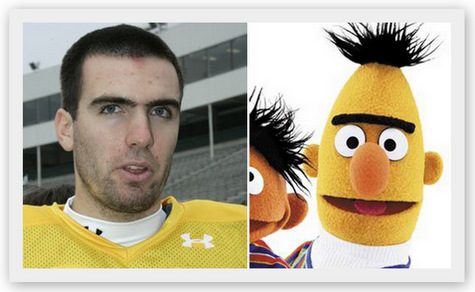 Fact: As long as Ben Roethlisberger is around, Bert Joe Flacco will always be the second-best quarterback in the AFC North.

Willie Colon is a darn good right tackle, but he is not an elite right tackle. And while his season-ending injury seemed like a catastrophe at first, the plain fact of the matter is that the Steelers acquired a mammoth, bulldozing five-time Pro Bowler to replace him. Sure, former Dallas Cowboy Flozell Adams is on the wrong side of 30, but he is on the right side of 330. At 6-foot-7, 330-plus pounds, Adams will plow open massive holes for the running game—especially in short yardage situations where the Steelers have been uncharacteristically weak in the trenches.

Flozell “The Hotel” may be a penalty machine (he lead the Cowboys with 12 last season), but the goods news is that he’s partially deaf in his right ear, so he will have a more manageable time with the boo-birds. Don’t let his impersonation of a revolving door on Saturday fool you. Adams will play himself into shape as training camp rolls on.

Fans of smash-mouth football will be happy to know that The Hotel opened holes for a Cowboys rushing attack that averaged 4.8 yards per carry last season—tied for second-best in the NFL. 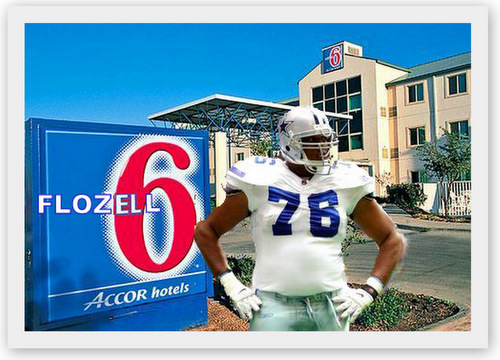 Here at Flozell 6, we’ll knock your lights out for ya’.

4. Rashard Mendenhall will rush for 1,500 yards

Here’s a surprising statistic, and one that will give some ammunition to the Bruce Arians-haters: Running back Rashard Mendenhall averaged 4.6 yards per carry in 2009. That’s a better clip than Maurice Jones-Drew, Ryan Grant, Ronnie Brown, Steven Jackson and yes—even better than Adrian Peterson.

Yet Mendenhall was only handed the rock 242 times last season. Once Mendenhall checks into The Hotel, he will easily eclipse 1,500 rushing yards and provide some much-needed balance to Arians’ aerially-obsessed offense. 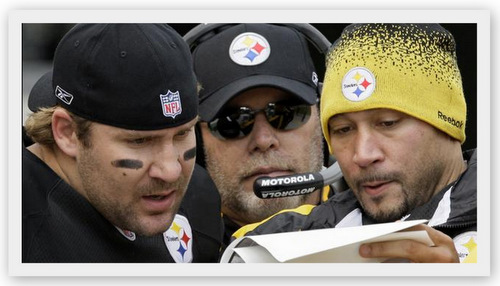 I was sitting in the upper reaches of Heinz Field in the swaying bleachers when I witnessed Troy Polamalu play the single greatest quarter in NFL history against the Tennessee Titans last September. Some people have referred to Troy as being in “videogame cheat-code mode” that night. As anyone who saw it in person can attest, the performance was much more impressive than any polygonal videogame could ever render.

The agility. The grace. The anticipation. Forget his one-handed interception, which was lionized in super-slow-mo in a commercial for the NFL—his flying (and I mean flying, like Superman cape and all) shoe-string tackle on Chris Johnson, who went on to torture the league for 2,000 rushing yards, was the most beautiful thing I’ve ever seen on a football field.

With the Ravens’ Ed Reed facing an uncertain future following off-season hip surgery, the Steelers have the league’s only true game-changer on defense. 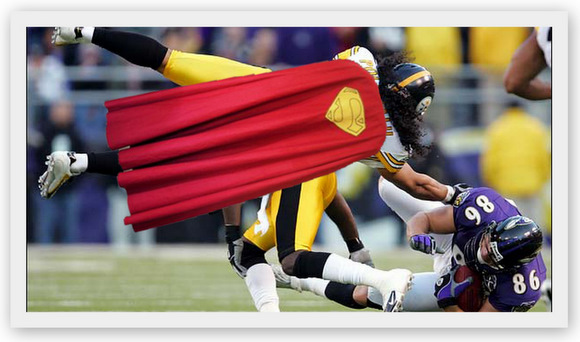 6. Last season was a fluke of epic proportions

Statistics don’t lie. Except when they do. The numbers from last season are beyond perplexing. Ben Roethlisberger threw for more than 4,000 yards. Mendenhall rushed for more than 1,100. The defense, even without its curly-mopped anchor, finished fifth (as Mr. Chappelle would say, "FIF!") in the league in total defense.

Yet the Steelers bungled and bumbled their way to seven losses, giving up more kickoff return TDs than any team in the past two decades. The rest of the AFC North shouldn’t count on the Steelers’ gratitude for a second straight year.

Former Steeler Rod Woodson recently told me that he thinks the Steelers’ biggest question mark heading into 2010 is the secondary. “They must get better production from their cornerbacks because last year didn’t cut it,” Woodson said. Bryant McFadden, returning to Pittsburgh after a disappointing stint with the Arizona Cardinals, is a significant upgrade over William Gay. 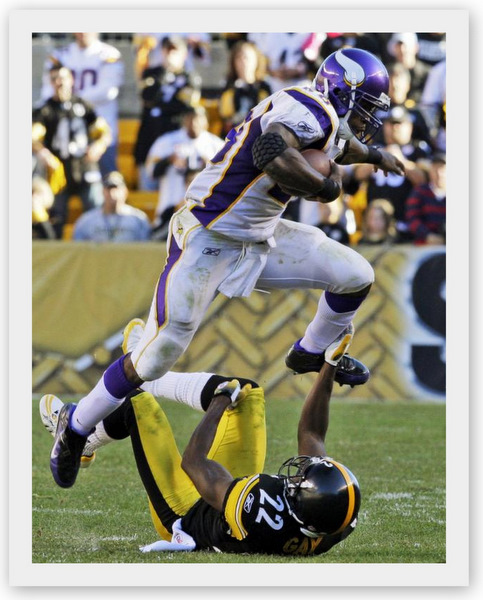 This pretty much sums up William Gay’s season.

But even more instrumental to the Steelers’ success is the return of linebacker Larry Foote. While many regard Hines Ward and James Farrior as the alpha dogs of the locker room, it’s a little-known fact that Foote was the quiet leader of the defense during the team’s two recent Super Bowl runs.

Foote’s strength as a run-stuffer will galvanize a defense that was already third in the NFL against the run last season. His presence on first downs will also allow speed demons like Lawrence Timmons and LaMarr Woodley to keep their legs fresh. 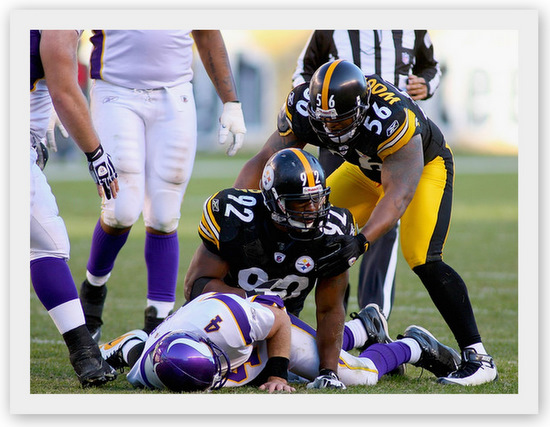 But perhaps Foote’s biggest impact will be felt in the locker room, where his guidance was sorely missed last season. Foote is one of the true role models in the league.

In February 2008, a 10-year-old boy from Foote’s hometown of Detroit died when he fell through the ice of a local river—the same frozen tributary that Foote himself played on as a kid. Foote, who didn’t know the boy or his family personally, paid for the funeral.

Finally, as Woodley told me before training camp started, the team is chomping at the bit to redeem themselves after nine months of frustration. Despite a tumultuous off-season, the Steelers are harnessing an X-factor that the Ravens and Bengals lack: anger.

There may be questions swirling around the team, but one thing is for certain. This defense is a freight train.

If you are still pessimistic about the Steelers’ chances in the AFC North this season, there is only one thing left that can make you believe. Hangman is coming down from the gallows and they don’t have very long: