PittGirl's at it again — this time with a list of a half-dozen fun facts you'll want to mention at your next cocktail party. 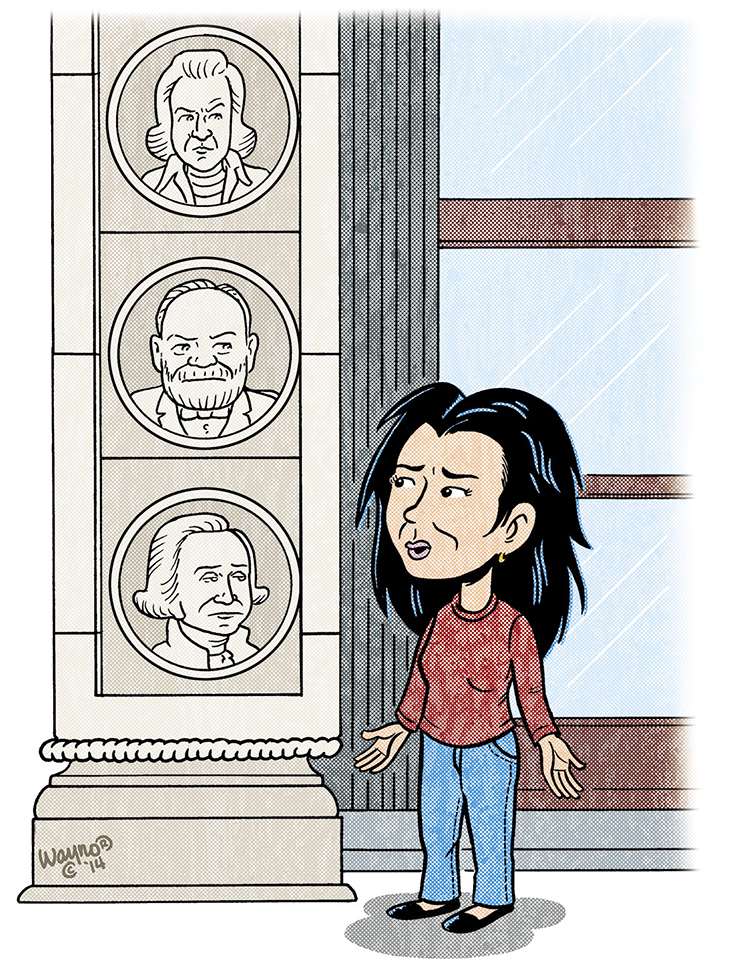 The “other” brother. A scandalous May/December elopement that caused the Queen of England to clutch her chest in horror. Faces in the walls. Walking on water.

No, that’s not the start of my forthcoming suspense novel; it’s Pittsburgh. Just when you think you’ve got a good handle on everything there is to know about the Steel City, I come along with another edition of Things You Might Not Know About Pittsburgh.

Don’t even try to convince me you knew all of these, you pants-aflame liar.

Mario Lemieux isn’t the only member of his family to lace up skates and take the ice in a Penguins sweater. Older brother Alain Lemieux spent six years in the NHL and played one game for the Pittsburgh Penguins on Feb. 17, 1987, as the Penguins took on the Calgary Flames on home ice. Alain didn’t share the ice with his baby brother, as Mario was sidelined with bronchitis — the reason for Alain’s call-up in the first place. Admitting he skated under enormous pressure, Alain didn’t manage a shot on goal. Today, this “other” Montreal-born Lemieux has made his home in Pittsburgh as part-owner of the Pittsburgh Ice Arena in New Kensington, where he runs an instructional hockey academy.

Ever wonder for whom Schenley Park is named? Gather ’round — especially you soap-opera writers. There once was a wealthy Pittsburgh lawyer named William Croghan whose only child was his daughter Mary. At age 15, she eloped from boarding school with British Army Capt. Edward Schenley, who was AWOL — and 43 years old. SCANDAL! Brits and ’Burghers alike were aghast with the news. Her father went ballistic and attempted to stop their ship to England. He failed. After being ostracized for years, the couple and their marriage eventually were accepted, and the pair briefly returned to Pittsburgh. When Mary received her large inheritance upon her father’s death, she gave land to the city to create Schenley Park, among other donations to Pittsburgh. And how did the marriage work out for teenaged Mary and her middle-aged groom? They had seven children and were married for 36 years, until his death in 1878. I hope their gravestones are etched with “We told you so.”

Today, our famed three rivers run deep, traversed regularly by boats of industry and leisure (and they’re probably full of mysterious monsters). Those who steer the vessels typically have little fear of running aground in shallow water, but that wasn’t always the case. Prior to the lock-and-dam system put in place around the turn of the last century, the Monongahela River could be so shallow in the summer months that residents could wade in bare feet from downtown to the shores of the South Side. What a way to avoid bridge traffic.

Pittsburgh buildings — especially those built around the turn of the century — feature many small embellishments you might miss if you’re not paying attention. Sculptures, scrolls, lions and gargoyles adorn the lavish facades of many of our most iconic towers. The next time you’re on Liberty Avenue, stroll past the former Keenan Building; built in 1907, the structure now is known as Midtown Towers. Take a close look at the building’s stone running up from the street. You’ll find etched portraits of giants from history such as George Washington and Teddy Roosevelt. History’s eyes; they’re watching you. And judging your low-hanging jeans.

When North Park and South Park opened in the late 1920s, the city hired Native American chiefs of the Blackfeet tribe to be gamekeepers, living on the land with their families. Chief Eagle Ribs (often mistakenly referred to as Chief Eagle Ridge) and Chief Red Horn managed South Park, while Chief Big Beaver managed game in North Park. Pictures from that time show the chiefs and their families in traditional Native American garb. The experiment lasted until 1931, when the chiefs returned to Montana.

Heinz Field’s caretakers sometimes bear the brunt of frustration of players as well as fans. Remember that travesty of a 3-0 game played in inches of mud back in November 2007? Maintaining a grass field while waging war with Mother Nature is a tricky science, one at which the caretakers are improving — especially considering Pittsburgh’s wildly fluctuating temperatures. So how do you encourage growth in the dead of winter when all the bluegrass wants to do is hibernate? With 40 miles of heated-water coils installed beneath the field to maintain a constant ground temperature of 62 degrees. Do me a solid and bail me out when I’m arrested this winter for breaking into Heinz Field in my seasonal hunt for a spot of warmth.

This article appears in the August 2014 issue of City Guide.
Categories: From the Magazine, Hot Reads