5 Rules for Finding a Great Bar in Unfamiliar Territory

Put down your iPhone and pick up a pint using your own intuition. 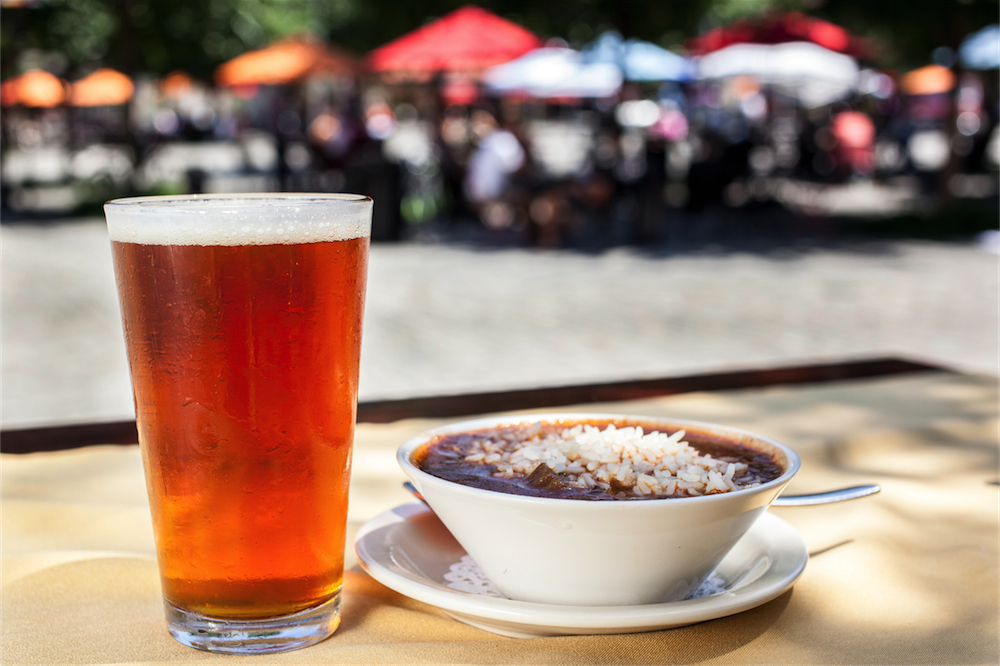 There’s an art to finding a bar in an unfamiliar place. It has nothing to do with your phone. Like everyone else, I’m willing to go to Yelp for advice every now and then. I may even go old-school and simply Google a bar or restaurant I’m on the fence about. Apps have their strengths, but we’re rapidly approaching a sort of recommendation fatigue; when everyone with an iPhone has an opinion about what you should eat for lunch, it can be hard to hear over the static.

That means you should occasionally make a decision for yourself. Scary as it might be, find somewhere to hang out using your own devices. (Not your device — your devices.) This happens to me most often when I’m far afield — if I’m in East Liberty or Lawrenceville, I have my go-tos, and I’ll default to them. But if there are some miles between me and the city proper, whether I’m in Greensburg or New Orleans, I’ll occasionally find myself selecting a bar simply by wandering around.

Here are my rules. You may break them, but that greatly increases the chance you’ll have a bad time.

Rule 1: When in doubt, avoid dives
We tend to love our old-school watering holes around here, and for good reason: even if you’re not charmed by the yinzer aesthetic, you should be positively delighted at the prospect of a $1.25 draft (the scientifically determined price point at which any beer becomes delicious). But pulling up a barstool at a smoky hole-in-the-wall is best attempted with a regular; if your buddy has a go-to haunt, you’ll be safe. If you’re picking a bar sight unseen, you’re better off avoiding the joints with nothing but a neon sign peering through the lone fogged window of a cinderblock wall. Some dives are charming, and some dives are, well, just dives. Don’t take the chance.

Rule 2: Seek well-populated areas
Sure, there’s probably some roadhouse four miles outside of town that locals know and love that does amazing things with ribs or hosts some form of regular jamboree. Will you find it? No. Then you’re back on the turnpike, and then you’re sadly eating fast-food chicken strips while refreshing your ESPN app for Pirates updates. Wherever you are, find the business district, meager though it may be.

Rule 3: Have some respect for yourself. Avoid national chains
Again, there are occasions where one is compelled to simply and unabashedly eat good in the neighborhood, as the butter-drenched folks at Applebee’s have put it. But if you’re somewhere new and you end up meekly ambling into a TGI Friday’s or Chili’s for a drink or two, you’re admitting defeat. You want to visit a spot you’ve never seen before and may never see again, not something that’s identical in every strip mall in America. Keep moving.

Rule 4: Follow the loudly announced food specials
A bar that highlights its food wants you to know it’s trying. If it has more to eat than 50-cent packets of cheese doodles, the crew would be happy to host you for dinner — and they’re reasonably confident you’ll enjoy the meal. If they’ve got a sign outside listing the day’s offerings, that means that somebody — even if it’s only the guy who makes the sign — is putting forth some effort. (Rule No. 4 is null and void if the only specials mentioned relate exclusively to wings and/or pickles.)

Rule 5: Wander the neighborhood; pick the second nicest-looking joint
Not the nicest. If you’re in a town with six places for drinks and fare, the one that aims to be the most “upscale” will charge three dollars more than the others for the same draft and put bacon in far too many things. (Yes, there are some things that do not benefit from the addition of bacon.) Find a runner-up.

Having only recently codified this method, I decided to give it a test run this week. I was out in Evans City — yes, the reasons were zombie-related — and getting thirsty.

Rather than stick to that particular hamlet, I headed five miles down the road to Zelienople; I’ve been through town once or twice before but never for long. I parked near the beautiful Strand Theater and began to wander Main Street.

Dives? Out. Nicest place on the block? Out — but to be revisited. If there are chains in that part of town, I didn’t find them. What I did find was a sign advertising lunch specials. And that sign was outside of Fisher’s Bar & Restaurant.

Fisher’s, I later learned, is a 30-year Zelienople mainstay. I climbed a flight of stairs to find a cozy, intimate main room with flat screens and booths wrapped around a main bar. It’s a comforting sort of place: If you decided to turn your upstairs into a bar tomorrow, the product might look a lot like Fisher’s. (There's also a back deck and a quieter dining room.)

I ordered a half-dozen tasty, sauce-soaked wings and the house special BaRanch (I didn’t ask what that means) burger for less than $10, and I left full and happy. Oh, and the offerings weren’t just limited to your domestic whatnot — I enjoyed a fresh pint of Full Pint Brewing Co.’s Spruce Ale with my food.

The system works. I had a fine time, and the next time I’m passing through Zelienople, I know where I’m headed. As someone who ends up in small towns throughout the region fairly often, I can tell you that the wrong spot for a meal or drink can make or break a journey. Don’t ruin a perfectly good trip; find a worthy bar.