5 Pittsburgh Bands You Need to Know

Fancy yourself a music snob? Brush up with our list of local musicians who might be flying under the radar. 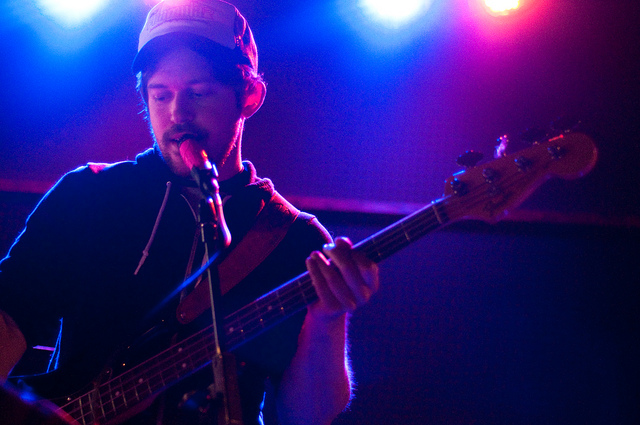 Pittsburgh may not be producing as much successful talent 24/7 like the music hubs of Seattle, Portland and Chicago — but that doesn’t mean that the local scene has nothing worth sharing. On the contrary, Pittsburgh has an abundant source of composers that adhere to multiple genres despite being limited to one. Here are five acts that really steal the show.

TOBACCO
If you could examine the brain of one Tom Fec, chances are that it would spill out onto the floor with sexual innuendos and blind ferocity — emphasis on the “blind.” Fec dons a silver mask comparable to Cobra Commander from GI Joe.

At best, you can describe the music of Fec, whose stage name is TOBACCO, as a twist on the observed scene of electronic dance music. Rather than the upbeat, dancy tracks that are played consistently on mainstream radio, TOBACCO refuses to mince words with the listener and aims straight for the throat. It is intense and vulgar, yet melodic at the same time. Intentional distortion can be abused by some and simply not used effectively, but TOBACCO finds the happy medium.

SLEEP EXPERIMENTS
The art to ambient music is never an easy one, yet Sleep Experiments does it with a sense of simplicity. Similar to the sounds of indie group Explosions in the Sky, Sleep Experiments creates a heavenly atmosphere with effects that echo and bounce off the walls in an effortless manner. The trio, lead by vocalist Morgan Stewart, hasn’t released another full length since 2012, but this can only mean they have content aplenty in the upcoming year.

DEVIN MILES
Taking a look back the emergence of Pittsburgh hip-hop a few years ago, it had reached a peak never before witnessed in the area. Not only had Wiz Khalifa topped charts with his anthem “Black and Yellow,” but Mac Miller was making headlines for his playful and fun-loving tracks the same year. Their debuts, part of the past, leave the door open for the next big Pittsburgh rapper.

Devin Miles may be just 22 years old, but he has the potential to be the next in line for Pittsburgh’s hip-hop throne. Although Miles technically remains an independent artist, he’s been working closely with Rostrum Records and local veteran Boaz on recent tracks to put together a solid working résumé for a debut.

ENNUI
On the other side of electronic music is a fairly bright one that is filled with infectious pop production and ‘80s-inspired melodies. Synth-pop duo Ennui certainly could be categorized as such, with singles that share influences from M83.

Ennui is lead by Jim Doutrich, who initially had designed the band with a fuller sound that was accompanied with drums and additional guitar work. Now, Doutrich has become more fond of the usage of a synthesizer and solely programming tracks, heading toward more of a techno sound. Ennui has released a number of singles over the past year, with the intention of providing a full length sometime soon.

GIRL SCOUT
Every music fan needs to have his or her share of slacker rock. Girl Scout is Pittsburgh’s version of such, with a side of immaturity and chorus breakdowns – as if they were taken straight from a Weezer song.

The band recently released a six-track, self-titled EP displaying various sounds, varying from grunge to lo-fidelity and traces of punk. It’s nothing that will blow you out of the water, but it’s fun and enjoyable all at the same time.