5 Great Pieces of Advice If You Want a Vegan Wedding

Planning an unconventional wedding can be difficult. To help you, this Pittsburgh bride is sharing what she learned from her personal experience. 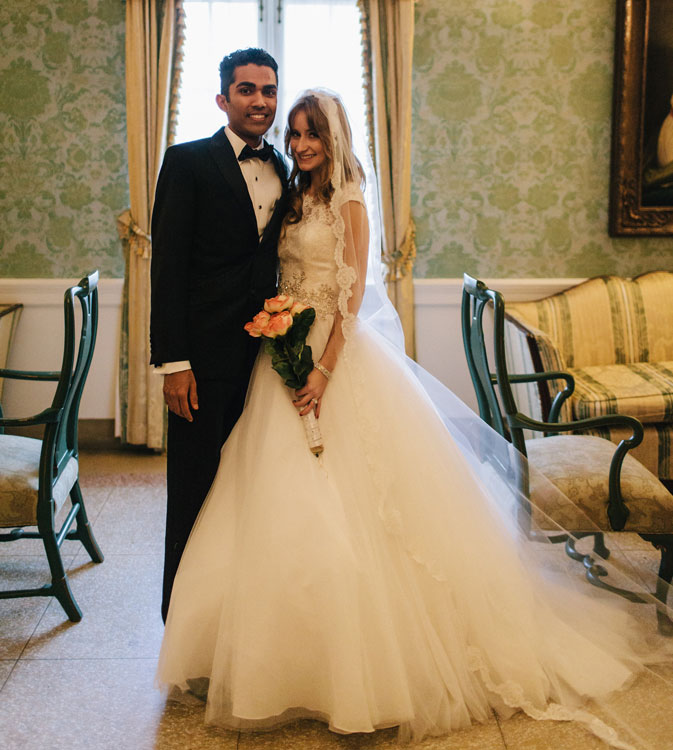 Brittany Kregiel has been a vegan since she was 21 years old. Her husband, Madhur Paharia, became a vegan shortly after he met Kregiel at a club softball game. Paharia, already a vegetarian in accordance with his Jain religion, quickly adopted Kregiel’s eating lifestyle.

When Paharia proposed at a vegan cooking class that he had bought as a present for Kregiel, it became clear that the wedding would be focused on food.

Kregiel began planning the wedding, knowing it was going to be a difficult road. Still, she says  her insistence on cruelty-free food was more important than the extra time sourcing the food would require.

“I wanted people to step out of their comfort zone, and see that [vegan food] could taste good,” says Kregiel. “I wanted eclectic food.”

To do that, Kregiel had to step out of her own comfort zone. In the process, she learned a few things that she’s now sharing with others planning unconventional or diet-restricted weddings. Read on for her best pieces of advice: 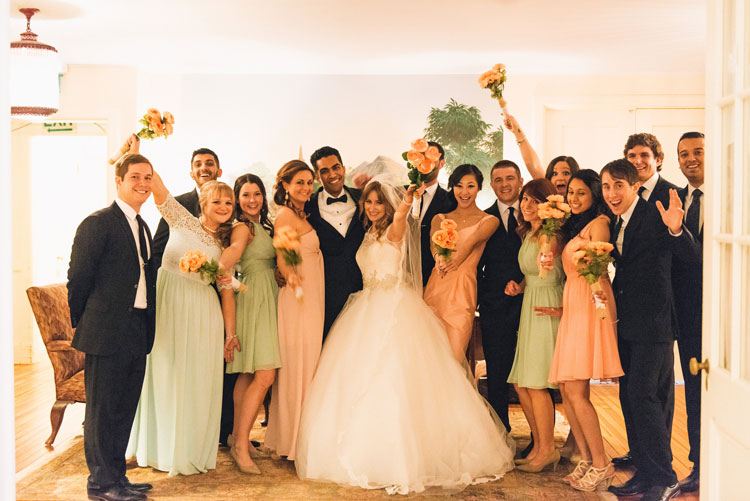 When Kregiel started planning her wedding, she was excited to see what kinds of vegan wedding opportunities Pittsburgh provided. She had hoped to find a venue that already had a vegan option on the menu.

Instead, she found that several venues offered many different meat options and a vegetarian option but no vegan alternatives. That prompted the couple to focus first on finding a venue they liked and to deal with the food situation next.

Lucky for them, the venue that Kregiel fell in love with — the Twentieth Century Club in Oakland — was willing to cater to the couple’s vegan wishes and offered to learn to create vegan fare.

Even after making plans with the Twentieth Century Club, the couple had a plan C, just in case. Their alternative plan, which they did not need to employ, was to find venues that allowed outside vendors to cater the food.

Paharia suggested Kregiel cater the wedding herself, but Kregiel pushed that idea to the bottom of the alphabet.

Although the management at the Twentieth Century Club was on board with the idea from the start, they still had a lot of learning to do before they could produce any vegan masterpieces.

At their first meeting, Kregiel pulled up one of her favorite vegan food blogs, Olives for Dinner, and pointed out some recipes that she had tried and liked.

When they came back for the taste test, the couple was blown away.

“It was amazing what they came up with,” Kriegel says of the vegan crab cake made of hearts of palm, the tofu ricotta and spinach ravioli with their own creation of fake cheese, and tempeh bacon-wrapped king oyster mushrooms that the venue presented them with, among other things.

Kregiel says she could tell they did a lot of research and took a lot of time to learn the vegan ways. She was impressed that her chefs had suddenly become vegan experts.

Before the taste test, Kregiel’s biggest worry was that communication with the vendors would be hard, and that the numerous rules and regulations would slip through the cracks.

She recalls times when even her and her husband would come home from the grocery store and realize an item they had bought contained a bit of milk or egg, and they couldn’t eat it. If using a vendor that is not primarily vegan, it is important to remind them of the restrictions that you have, and maybe even start them off with some suggestions. 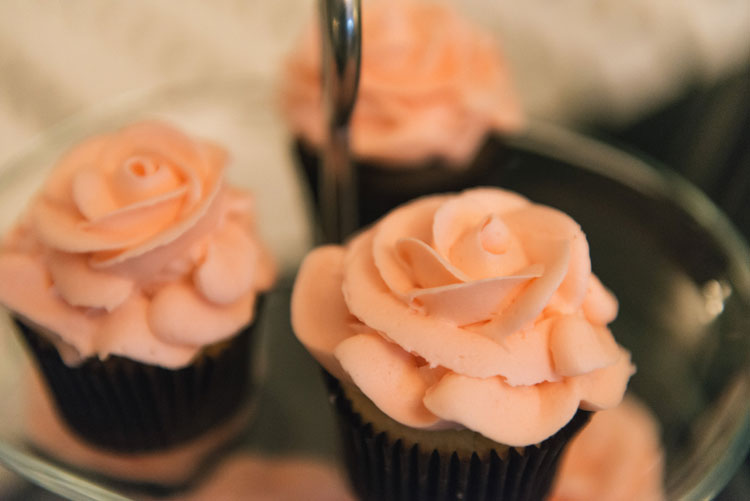 3. Be Prepared to Make Sacrifices

Being vegan comes with sacrifices every day. For Kriegel and her husband, pizza is the hardest one. But on their wedding day, it was harder for Paharia to give up a different treat — a cookie.

In Pittsburgh, it is tradition to have a cookie table at the reception, filled with hundreds, sometimes thousands, of cookies. Usually, they are made by the family but sometimes they are catered.

To Paharia’s dismay, there was no way to create a vegan cookie table. The vegan restrictions made it difficult for other family members to help with the cooking, and Kregiel calculated that she would need to make a batch of cookies every day for more than a month in order to have enough for all the guests — a commitment she did not have the time for.

Instead, the couple opted for vegan cupcakes. Although the cupcakes were a huge hit, everyone missed the  cookie table.

In addition to the food sacrifices, the couple had to make paper sacrifices.

Keeping with the cruelty-free theme of the wedding, Kregiel decided to make the wedding eco-friendly as well by eliminating paper Save the Dates and RSVPs. Instead, she and Paharia  chose to email their Save the Date and set up a call center for RSVPs. Although Kregiel was not upset by the lack of paper products, it is important to keep in mind that some traditions may have to be sacrificed. 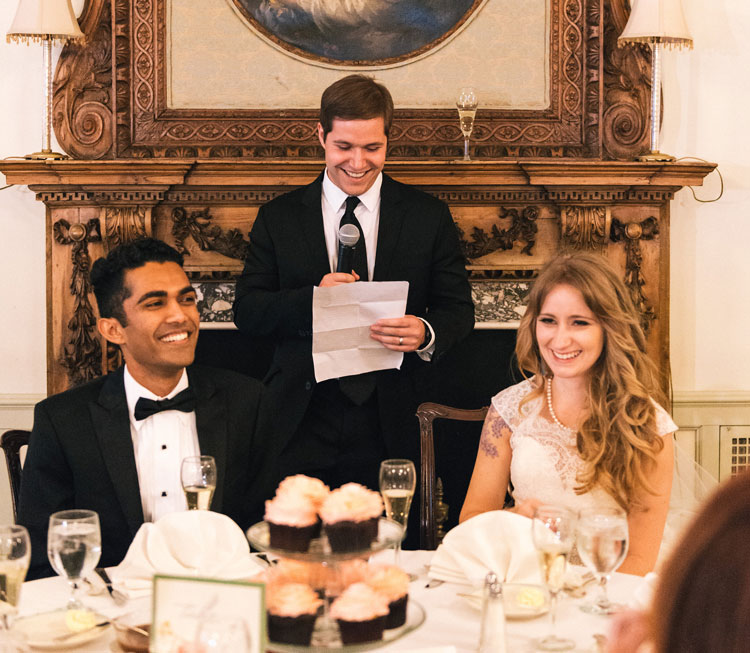 4. Plan How to Tell Your Guests

Kregiel and Paharia loved the food, but unfortunately not all of the guests felt the same way. Overall, most of the guests responded to the vegan dishes with pleasant surprise, but some were not pleased with the “fake” chicken made from wheat.

Kregiel says part of this may stem from the fact that guests were caught off guard. The couple told their guests that all food would be prepared “cruelty free.” Some did not understand that this meant the food would be vegan.

To avoid any miscommunications, make sure it is clear to your guests what kind of food will be provided. This way, when they realize that they are eating wheat instead of meat, they won’t be surprised. 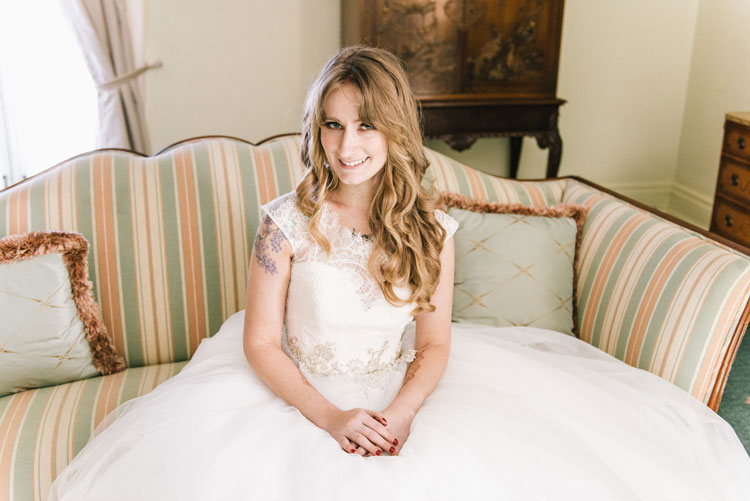 Kregiel knew that planning a vegan wedding was a risky endeavor, but she did it anyway.

After leaving the Twentieth Century Club for the first time, Kregiel and Paharia questioned whether they should trust this group that had very little experience preparing vegan food to make something that met their standards and still tasted good. They decided to take the risk, and Kregiel couldn’t be happier about it.

“We learned that people are willing to work with you. I was surprised what we discovered when we took the chance,” says Kregiel.

Her biggest advice to anyone planning a non-traditional wedding is to take a risk, to take the plunge into the unknown, to dive into the unforeseen and trust that it will turn out even better than you had imagined. It did for Kregiel, and she thinks it could for anyone.

“I was on the fence with going forward,” says Kregiel. “But take the risk, because we did and it paid off.”