As the Panthers head into ACC play, it’s the perfect time to enjoy a game. 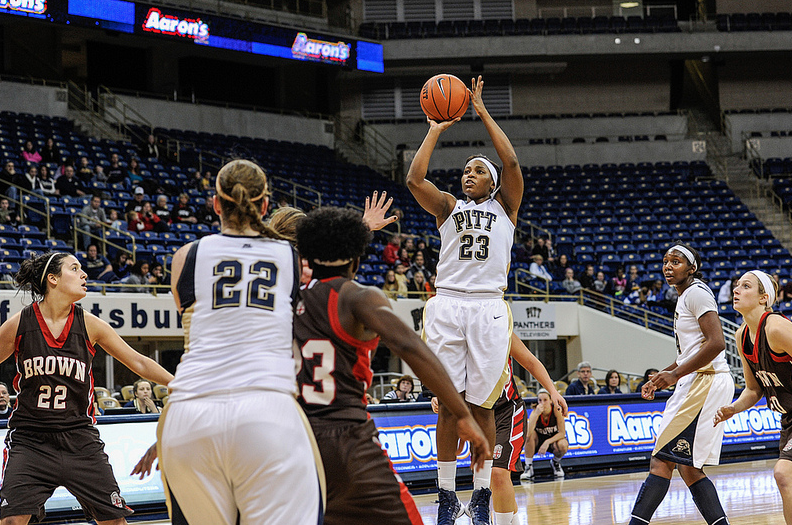 Sorry to scoop myself here, but I’m currently preparing a piece on Suzie McConnell-Serio, the local legend who set NCAA records with the Nittany Lions before winning an Olympic gold medal and playing and coaching in the WNBA for the better part of a decade. There aren’t many accolades in the world of women’s basketball that the Seton-La Salle grad hasn’t earned, and she’s already making an impact on the Pitt women’s team as the Panthers head into ACC play.

But I’ll write about her in print. Today, I have a simple message: Go to these games.

In case you hadn’t noticed, attending sporting events is, you know, fun. Seeing Pitt women’s basketball combines the slick presentation and all-around entertainment that the Petersen Events Center is known for with an exciting, dynamic game featuring an intriguing group of players.

Watching junior guard Brianna Kiesel is worth much more than the price of admission (which, by the way, is only five bucks). Kiesel, who will almost certainly cross the 1,000-point mark in her collegiate career this Sunday, is remarkable; she is as adept at analyzing a play in development and commanding her teammates as she is at shooting in tight, seemingly impossible situations.

Quebecois freshman Frédérique (Fred) Potvin constantly looms downtown, sinking effortless-seeming threes. All else being equal, it’s nice to have the tallest player in Division 1 on your side; at 6’11’’, Jamaican-born Marvadene “Bubbles” Anderson is a perennial scoring threat by default. The Panthers have a few plays drawn up that require Anderson to wait under the net for a teammate to pass the ball at a height where no one but her can possibly retrieve it; after all, she usually has at least a foot on most of her opponents. Anderson noted a career-high 18 on Saturday against Wagner.

Pitt’s battles with its ACC foes will begin with the new year, as Florida State heads to The Pete Jan. 2. Notre Dame, Syracuse, Boston College and Clemson, among others, are due in later in the season. On Sunday, though, the Panthers have a 2 p.m. matchup against Old Dominion, in their last tune-up before they head to Las Vegas for the three-game “Duel in the Desert” round-robin tournament.

Again, seeing top-level competition with all the fanfare — band, cheerleaders, mascot and more — should be an easy decision at $5. But for whatever reason, many of these contests remain sparsely attended. The reasons why women’s sports don’t draw as well as men are better covered elsewhere, so I’ll say this: If you don’t like that, all you have to do is go. Take your children to see great athletes do what they do, for ticket fees that are much cheaper than almost any other sporting option in town (and a pittance compared to what it would cost you to get into an NBA game).

It’s an exciting, hungry team worthy of Pittsburgh’s attention. More than that, though, it’s a good time. Make a day of it in Oakland, or just drive in for the game. It won’t be your last trip.

Now get some tickets already.

This article appears in the December 2013 issue of After Dark.
Categories: After Dark