Everything you need to know, plus a survival guide for the parade. 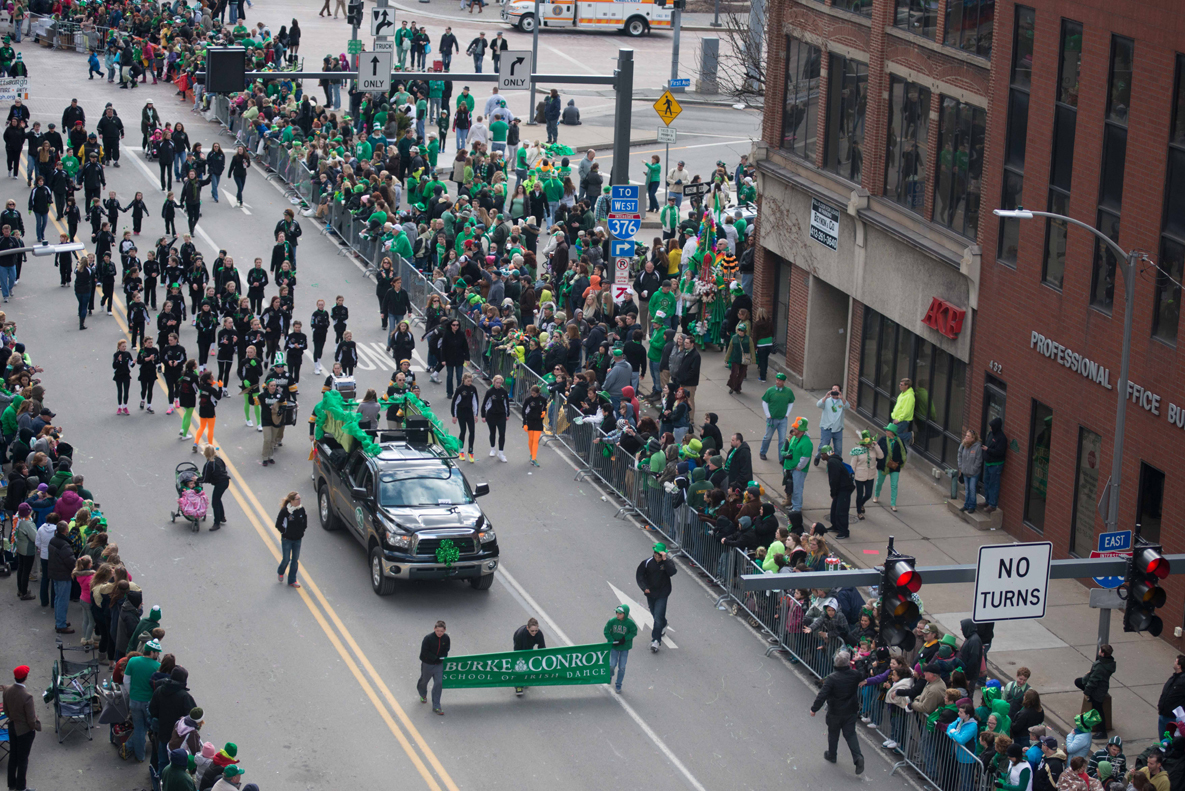 In Pittsburgh, St. Patrick’s Day is much more than a day to celebrate Irish heritage and traditions — it's actually a week. We’ve got a significant Irish population and the second-largest St. Paddy’s Day parade in the United States. Thus, the week prior to the parade is declared “St. Patrick’s Week in Pittsburgh.” So let's get this party started with a rundown of five main events. 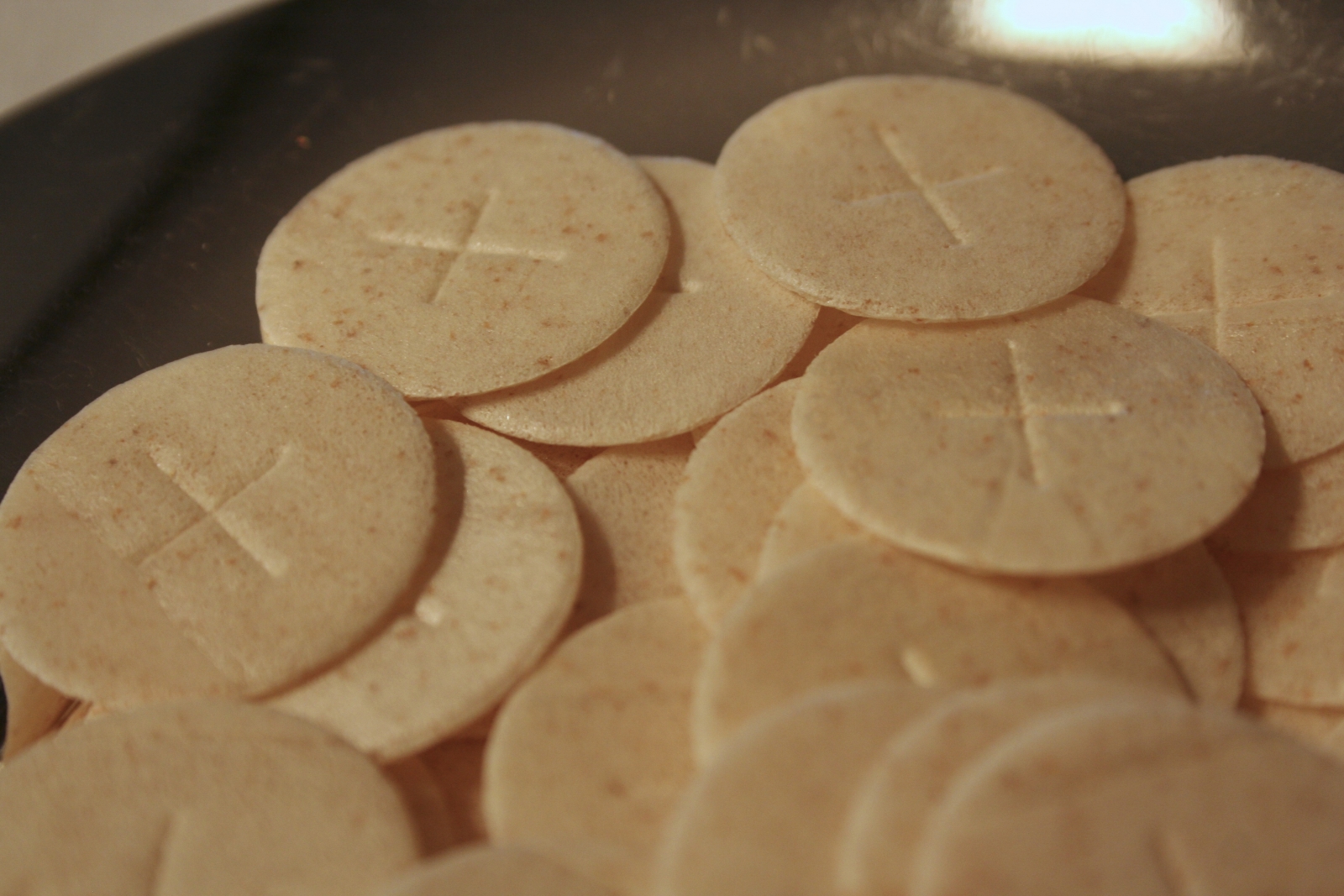 Where: Doubletree by Hilton Hotel Pittsburgh Hotel – Green Tree, 500 Mansfield Ave., Green Tree
When: 10 a.m.
What: Meet this year’s parade Grand Marshal, first-generation American Martin Madigan. He is one of six children to parents from County Galway, Ireland, and founded the Irish Society for Education and Charities in Pittsburgh. Madigan was born and raised in Pittsburgh — he attended St. Agnes Catholic School in Oakland and was one of the first men to attend Carlow University. Miss Smiling Irish Eyes and her court will address the crowd after the traditional Mass ends. 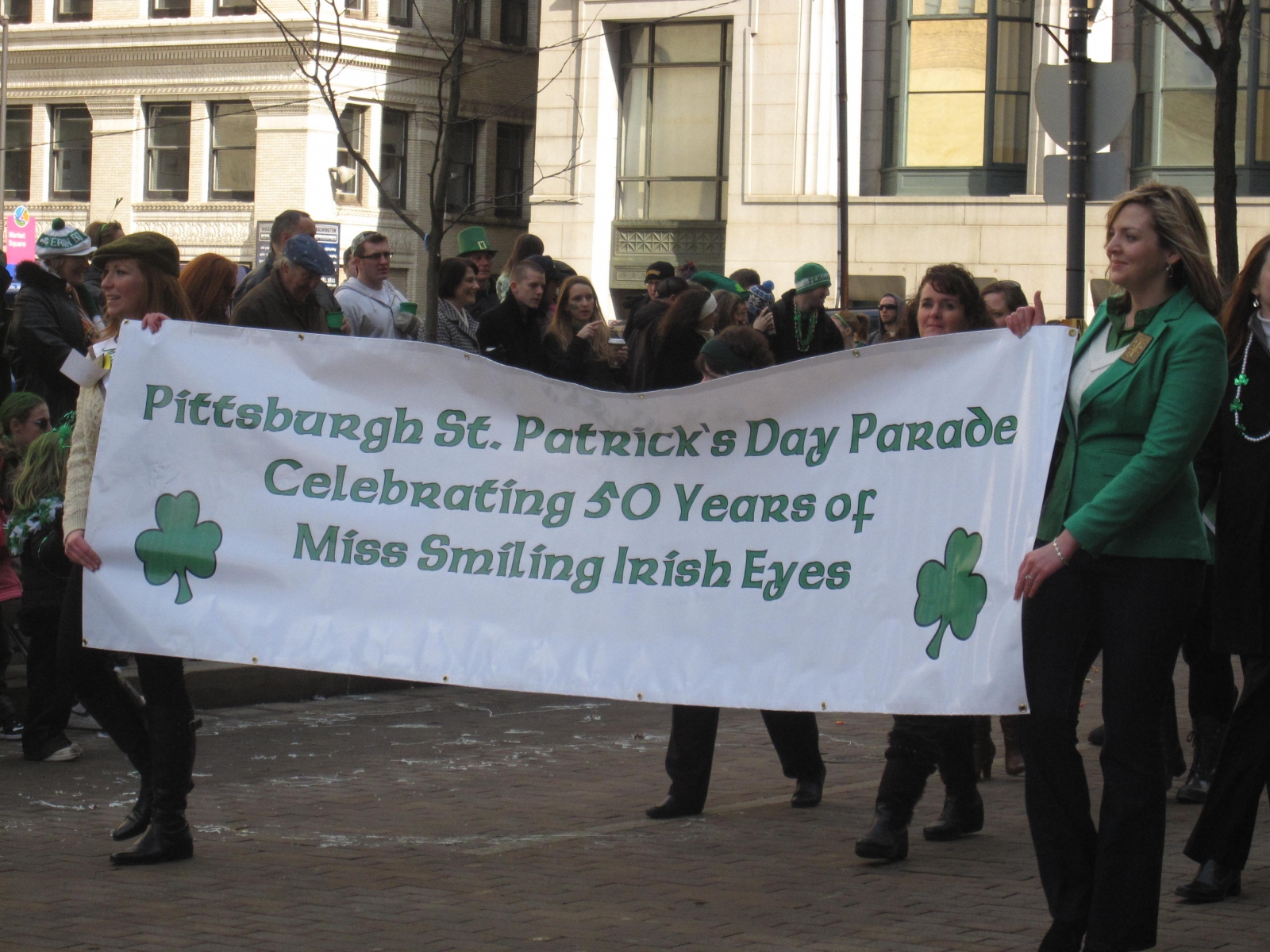 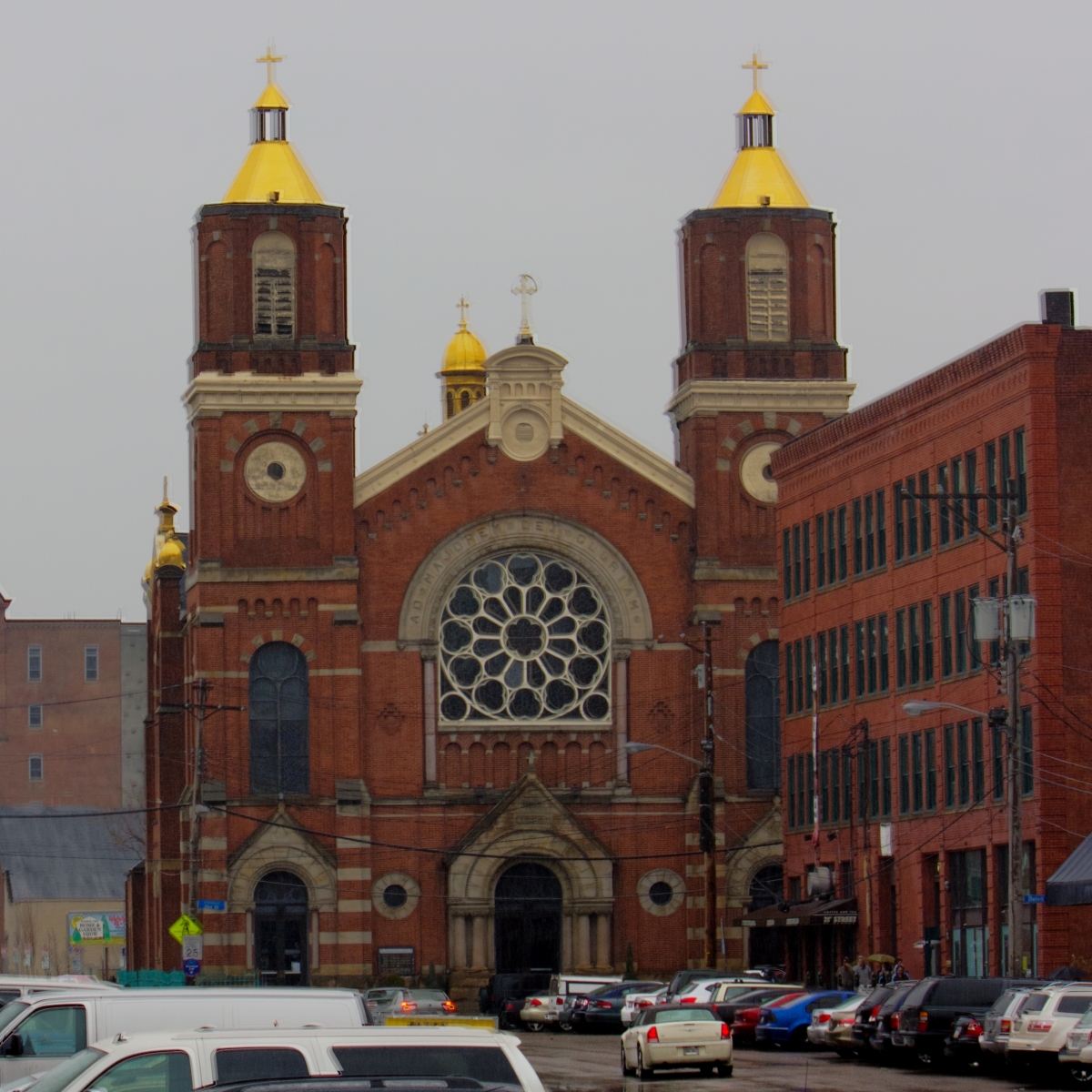 Where: St. Patrick Church in the Strip District
When: 8 a.m.
What: Whether you’re Irish or not, all are welcome to begin the day with a traditional Catholic Mass in the “true spirit” of St. Patrick. It starts early to leave parade-goers plenty of time to get a good spot. 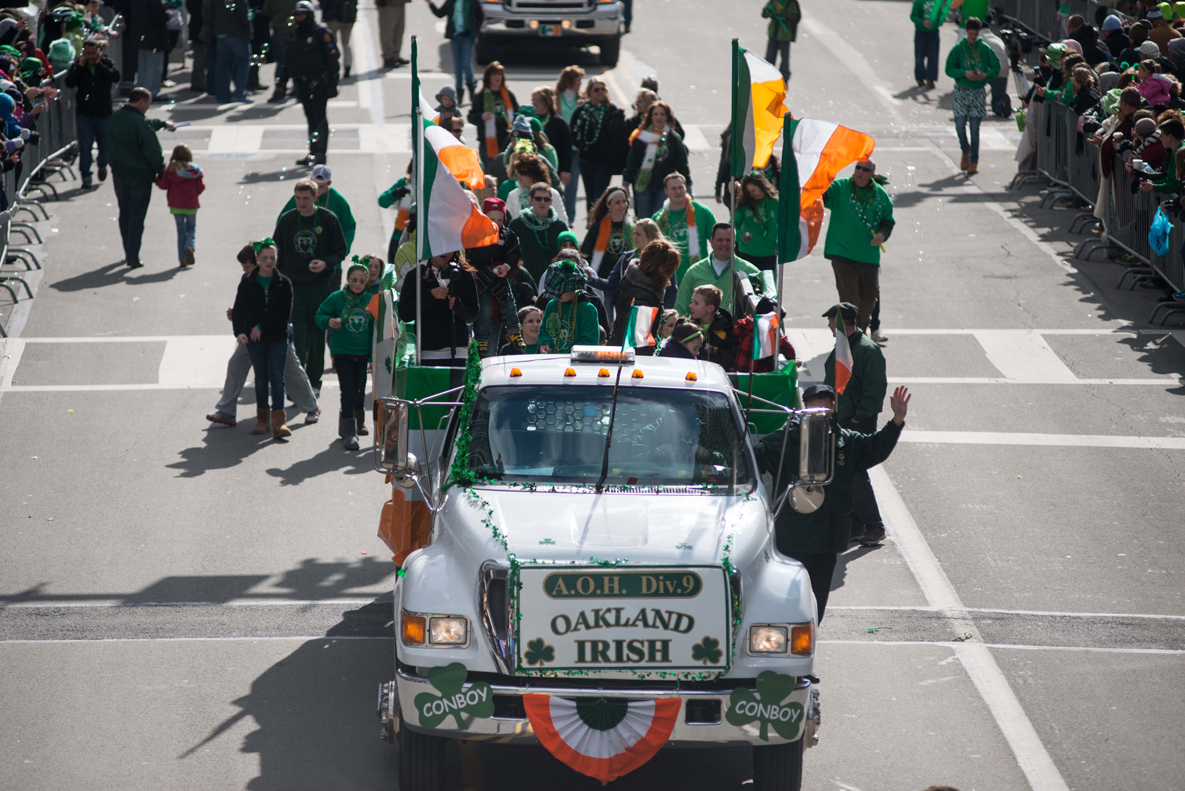 The part of the map in purple is the staging area. More than 23,000 participants, including 18 marching bands, will march through the streets of downtown lead by Grand Marshal Madigan. St. Patrick himself will even make an appearance. Get there early to snag the best spot for candy catching and float watching. It's not unusual for the parade to last well past 1 p.m. This is a very Irish city. Prepare accordingly.

How do I get there?
Well unless you can teleport, you’d better leave early to beat traffic. The parade starts at 10 a.m. sharp — it will not wait for you to find a parking spot. Check out your options in advance at the Pittsburgh Parking Authority website.

You also can take the bus or T service downtown; its website lists full schedules. Or you could test out one of the ride-sharing companies: Uber and Lyft. 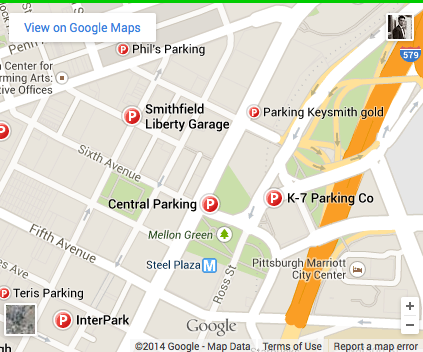 How do I share my parade photos with all of Pittsburgh and become instantly famous?
First, like us on Facebook. Then upload your photos to Instagram with the tag @pittsburghmagazine for a chance to be featured in this very blog.