This month, Anti-Flag, Zoso and New Madrid are among the acts performing in Pittsburgh. 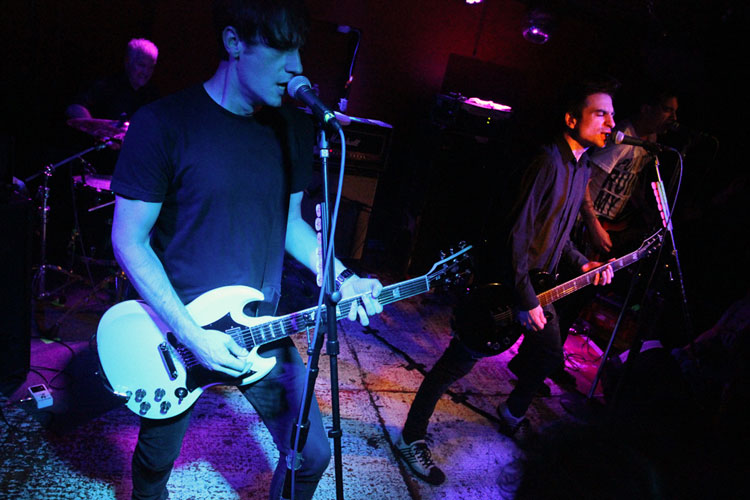 The local punk heroes of Anti-Flag will be performing “The Terror State” in its entirety as a 10th-anniversary gift to fans. Long known for its anti-war and pro-human rights political views, the band has earned an ardent following since forming in 1988.
[Mr. Smalls, 400 Lincoln Ave., Millvale; 412/821-4447, mrsmalls.com]

Itchin’ for a reason to take the Camaro for a spin? Get the Led out with Zoso, the Led Zeppelin tribute act that the Los Angeles Times called “head and shoulders above all other tribute acts.”
[Stage AE, 400 North Shore Drive, North Shore; 412/229-5483, stageae.com]

Calling all metalheads: Eddie Trunk, Jim Florentine and Don Jamieson will be in attendance for a touring version of VH1’s “That Metal Show.”
[Rex Theater, 1602 E. Carson St., South Side; 412/381-6811, rex.greyareaprod.com]

Broughton’s Rules’ rather significant lineage boasts former members of Don Caballero. As a result, “Anechoic Horizon” continues mining a similar vein of math-y goodness that still resonates with my post-rock heart after all these years. One shouldn’t confuse my sentiments, however, as merely a stroll down memory lane for aging graybeards longing for a time when boys were boys and men wrote 12-minute magnum opuses with multiple time signatures. (Although there is plenty of that on here.) The guys clearly have chosen to age gracefully, allowing the landscape of the music to breathe and creating a rather pronounced effort. Instrumentals such as “Insanity Dance” plus the eponymous fourth track call to mind Dianogah and Godspeed You! Black Emperor.

For those who prefer the shimmy and shake, I present to you “Enter the Machine Age,” the latest from Pittsburgh Track Authority. Opening tune “Genta” serves as a pleasant if not deceptive appetizer for the club set, followed by the playful banter of “Give Me a Chance” and the eventual bonkers-level rhythms of “Broader Disco,” which comes breaking out like gangbusters. A nice mix of beats with no time for brooding, this record is best played loud and in the company of many. The group is at its best when the members get subversive, as evidenced in “Naked Triple.” Who am I kidding — this crew is too focused on fun to offer anything but good vibes.