Get to know four furry friends who help make our city a better place.

In our annual “40 Under 40” feature, we acknowledge a passionate group of young people who are making an impact in their fields and improving their communities. For too long, however, we’ve focused our efforts on one species. After all, you don’t have to be a human to help out — as this quartet of therapy animals demonstrates every day. Consider this an addendum to the 2013 list. 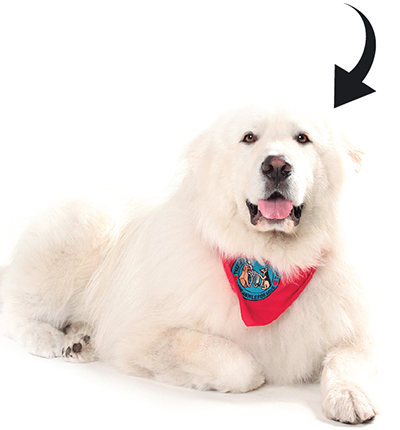 “In his downtime, Ramey is just like any other rambunctious puppy would be,” says Ramey’s human, Debbie Lynch. “But when I bring his bandana out, he knows he’s going to work!” After Lynch adopted Ramey through the Western Pennsylvania Humane Society in 2011, she brought him back there for therapy dog training. Today, he makes regular visits at a variety of local institutions, including the Familylinks Therapeutic Learning Center, a school for children with developmental or behavioral issues. “The kids at Familylinks really look forward to the dog visits,” Lynch adds. They’re not the only ones: Ramey also makes appearances at the University of Pittsburgh, providing needed pup time throughout the school year for students missing their own pooches back home. 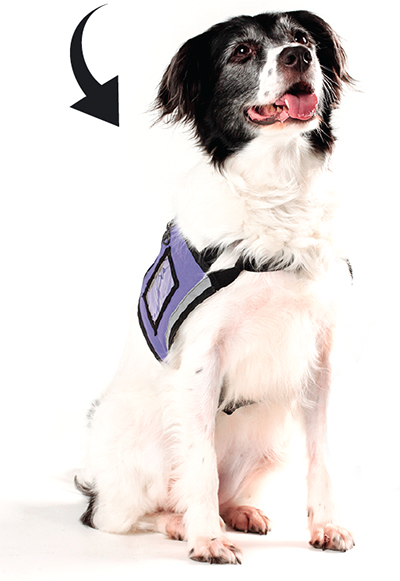 This certified therapy dog was already a welcome face around the offices of Crisis Center North before she helped out in any “official” capacity. When counselors at CCN — a domestic-violence counseling and education resource center serving northern and western Allegheny County — noticed that child victims of abuse were more at ease and relaxed with Penelope nearby, the gentle pup went to work. Today, she serves as a courtroom canine therapist; individuals giving difficult testimony or facing their attackers before a judge can opt to have Penelope accompany them for emotional support. “It’s an awful lot to ask of her,” says CCN Executive Director (and Penelope’s human companion) Grace Coleman. “But she continues to give to us.” 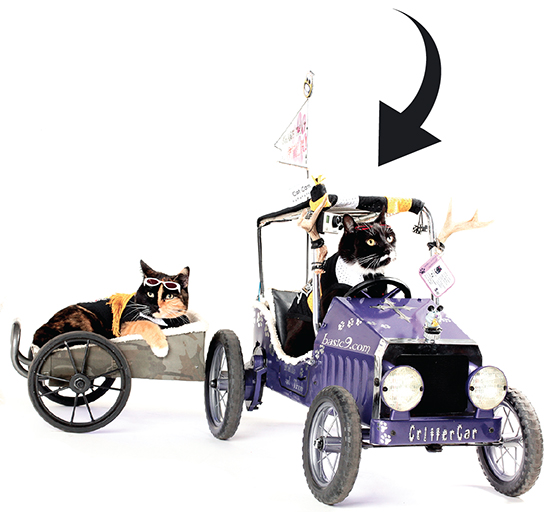 These adventurous cats pop up at events nationwide, driving their “CritterCar” around crowds of stunned onlookers. OK — technically Gregg McCandless is operating the remote-controlled conveyance (a souped-up children’s pedal car), but to onlookers, it appears as if Waffle is at the wheel while sister Tirzah rides behind. Through their website, basic9.com, and appearances everywhere from car cruises to nursing homes, Waffle and Tirzah aim to provoke smiles and laughter while their humans spread positive messages. You may well catch them out and about soon: “Any public place we can go to, we go,” says Gregg’s wife, Karen. “Community events, festivals, parades — they’re usually there.”