“We need to redesign the systems that have racism built into them.” 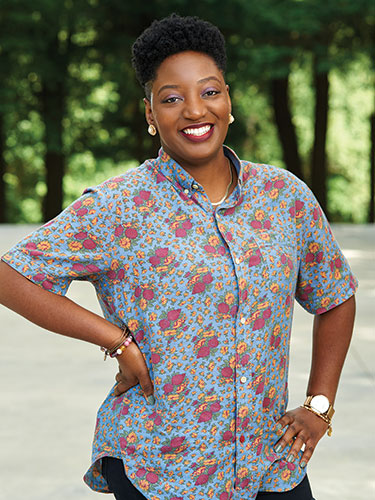 “I really was just angry at the state of things,” Scantling says. “There was incident after incident and I think I just noticed people asking, ‘Where are the leaders?’ and ‘Who’s going to help?’ I thought, ‘maybe it’s time for me to answer the call.’”

Scantling also managed to raise nearly $100,000 for small, minority-owned businesses affected by protest vandalism and the pandemic. Some of that money came in lump sums from large organizations, but most of it was donated in small increments by people who wanted to make a difference.

“I was pleasantly surprised,” Scantling says. “But money is really just a Band-Aid for a much larger issue. We need to redesign the systems that have racism built into them.”