“I want to get Pittsburgh to recognize the talent it already has.” 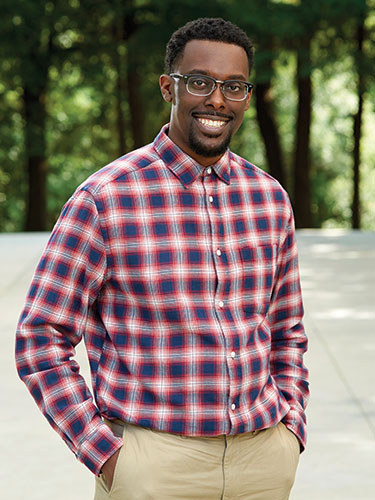 When his online magazine, Jenesis, began to take off in the late aughts — Wiz Khalifa and Mac Miller interviews on the homepage levels of taking off — J. Thomas Agnew had a fleeting inclination to leave Pittsburgh for Los Angeles or New York, where the publication could truly thrive. But then he realized, Pittsburgh needed him, and it needed Jenesis.

“We were getting the voices out that people weren’t hearing from,” Agnew says. “Pittsburgh is always a little behind the times. I want to get Pittsburgh to recognize the talent it already has.”

Today, Agnew is doing that through a new venture: BOOM Concepts, a workspace, music venue and retreat where artists and entrepreneurs can connect, create and represent marginalized voices.

The pandemic has temporarily closed the Penn Avenue space and forced BOOM to evolve its programming, but it’s also given Agnew a bit of time to focus on his consulting business, where he advises artists and entrepreneurs.

“You really got to let them know that as long as you’re moving forward, you’re making progress,” Agnew says. “You have to fail and you have to learn.”