“The vibrancy of the community is really showing." 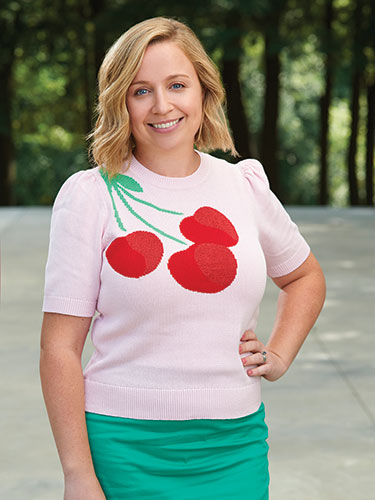 After the 2016 presidential election, Emily Marburger had a revelation: If she wanted the world, including her borough of Bellevue, to be more progressive and equitable, she’d have to be part of the change. So she ran for mayor — and won.

Her subsequent initiatives have helped to revitalize the town. A Harry Potter-inspired event and book giveaway increased circulation at the Andrew Bayne Memorial Library. A spate of new restaurants energized the once-sleepy business district. And the median age of council has plummeted as younger residents follow her into the political arena.

“A lot of people have realized that they need to step up to make this community what they want it to be,” Marburger says. “The vibrancy of the community is really showing. Bellevue’s on the map now.”

Marburger envisions working as a mentor to those who are looking to follow her political path, and that means inviting kids to participate in the process. Already, some of Bellevue’s youngest residents have joined her, including a 12-year-old resident she handpicked to introduce Rep. Conor Lamb at a recent event.