“We need to thrive in our communities. We deserve that." 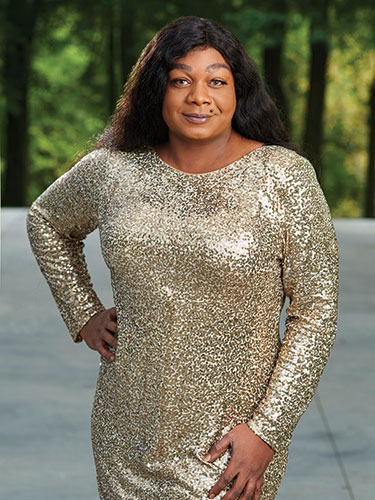 At 14, Ciora Thomas was a homeless, drug-addicted, transgender girl sleeping at Point State Park and surviving on sex work. And she wasn’t the only one.

“There were no outlets or resources for us,” she says. “There were no permanent solutions to being a marginalized, Black transgender girl in Pittsburgh.”

So she created one. SisTers PGH is a nonprofit that operates a drop-in space in Swissvale where trans and nonbinary Pittsburghers can find daytime respite from homelessness and trans-competent resources, such as mental health, addiction services and temporary housing.

She also leads People’s Pride PGH and the city’s trans-centered alternative Pride event. She is the first Black transwoman to be president of the LGBTQIA Advisory council of Pittsburgh and serve on the state’s Commission of LGBT Affairs. Despite her numerous leadership roles and titles, Thomas says the most vital act is to pass the knowledge she’s gained to the next generation.

“I want to make generational change,” she says. “We need to thrive in our communities. We deserve that.”