Grab the popcorn — it’s time to watch these classics, which will be screened at various local movie houses. 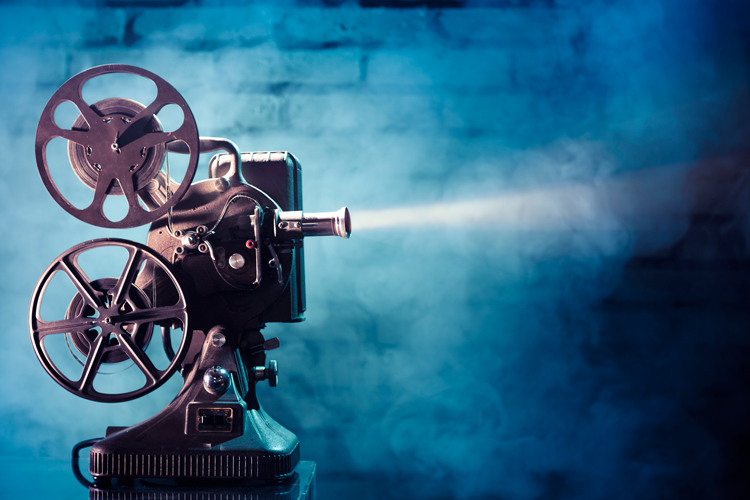 A few weeks ago, we profiled the hopeful blockbusters of 2014, ranging from reptiles (teenage ninja) to reptiles (giant monster). Some will be good. Some will be bad. Most will be, you know, OK — but where are we going for dinner?

Quality with summer movie fare is never a guarantee; it’s tough to call what will be worth the ever-escalating price of admission. But do you know what we can guarantee is good?

It goes without saying, but classic flicks are better on the big screen — in a crowded room with the AC on and popcorn everywhere. To wit, here are 20 classics you can catch on the big screen this summer, from masterpieces of cinema to delicious bits of cult schlock. Netflix is for the cold months. Head to the theater.

“The Neverending Story”
May 23-24, The Oaks Theater, 10 pm
The 12th annual Oaks Theater Moonlit Matinee series is particularly ’80s-heavy. Appropriate, then, that it starts with this off-the-wall family fantasy epic that left plenty of ’80s kids enthralled (and plenty of ’80s parents confused).

“The Godfather”
June 11, 7:30 pm, AMC Waterfront
June 22 and June 25, 2 pm, Cinemark Robinson Township
Cure years of watered-down TV viewings and the grainy picture on that two-VHS version you rented in high school with the classic in all of its glory.

“Friday the 13th”
June 13-14, 10 pm, Oaks Theater
If you’re not looking at a calendar at the moment, I’d like to inform you that June 13 is a Friday. See the original (pre-)Jason flick on the day itself. Avoid campgrounds on the route home. Or, what the hell, grab your hockey mask and drop by the campground. Traumatize some preteens.

“Father of the Bride”
June 15, 11 am, Hollywood Theater
Make it a Father’s Day outing with the Hollywood’s Breakfast and a Movie showing of the Spencer Tracy comedy. Get your tickets before June 12 ($15) for the meal; if you just want the flick, it’s only $7.

“Die Hard”
June 18, 7:30 pm, AMC Waterfront 22
I’ll be in attendance for this one, as (brace yourself) I've gone most of 30 years without actually having seen “Die Hard.” True, I’ve been missing a near-essential benchmark of pop culture, but this means I get to see it for the first time on the silver screen, and you saw it for the first time on a poorly censored TBS airing in your grandma’s basement.

“The Godfather Part II”
June 22 and June 25, 7 pm, Cinemark Robinson Township
What do you mean, this isn’t the final Godfather movie? There wasn't another Godfather movie. Not one I haven’t blocked out of my memory, anyway. (Note that these showings are the same day as the showings of the first “Godfather” at Cinemark, allowing for dinner-interrupted double-features.)

“Jaws”
July 2, 7:30 pm, AMC Waterfront;
July 4-5, 10 pm, Oaks Theater
Like “It's a Wonderful Life” on Christmas and “Halloween” on . . . Halloween, Independence Day screenings of “Jaws” are becoming a tradition. After you see it, steer clear of the water for a few weeks. Even the Mon. Who knows.

“The Breakfast Club”
July 11-12, 10 pm, Oaks Theater
While I question the provenance of high-school flicks in the summer, I can’t deny any chance to revisit the Brat Pack. Bonus points for putting on your ’80s gear and rocking Simple Minds out of the car windows as you roll through Oakmont.

“The Matrix”
July 18-19, 10 pm, Oaks Theater
The Wachowskis return to science fiction world-building with “Jupiter Ascending” the same weekend as these “Matrix” screenings. So if “Jupiter” is good, you can make it a Wachowski double-feature. And if “Jupiter” is bad, you can wash the taste out of your mouth with their enduring hit.

“Blazing Saddles”
July 23, 7:30 pm, AMC Waterfront
The Mel Brooks satire — not spoof, satire — celebrated its 40th birthday earlier this year. Lost in the history is what a colossal moneymaker it was in 1974; it was only the 10th film to cross the $100 million mark, and it remains in the Top 50 (inflation-adjusted) box office draws of all time.

“Karate Kid”
Aug. 1-2, 10 pm, Oaks Theater
If it were made today (ignoring the fact that it was remade with Will Smith’s kid a couple of years ago), it'd be called “The MMA Kid.” The film would be seven hours long to cover the interminable time between fights, and he'd just end up tearing an MCL in a sparring session with Ken Shamrock.

“Clerks”
Aug. 6, 7:30 pm, AMC Waterfront
If you’re in your late 20s or early 30s, you may have post-collegiate friends or younger siblings who have very limited or no recollection of the early ’90s. “Clerks” is the funniest time capsule we have.

“The Silence of the Lambs”
Aug. 13, 7:30 pm, AMC Waterfront
Your regular reminder that Hannibal Lecter once escaped from Soldiers and Sailors Hall — and you should be on the lookout for him whenever you’re in Oakland. Some will argue that there hasn't been a better horror movie made since “Silence of the Lambs,” and it’s hard to disagree.

“Army of Darkness”
Aug. 20, 7:30 pm, AMC Waterfront
Sadly, this hilarious horror-comedy is becoming less popular as the years pass, so here’s a primer: The low-budget scare classic “Evil Dead” was pure, unadulterated terror, but the very-similar sequel, “Evil Dead 2: Dead by Dawn” introduced some brief comedic sequences. “Army of Darkness,” the third in the trilogy, was equal parts comedy and horror . . . with time travel. It is weird, funny and endlessly quotable. Shop smart. Shop S-Mart.

(Editor’s Note: The very awesome Cinema in the Park series, presented by Citiparks, opens in mid-June; the schedule isn’t available as of this posting. Keep an eye on the website for details.)