See sunken treasures from the 1850s at the Heinz History Center this weekend. 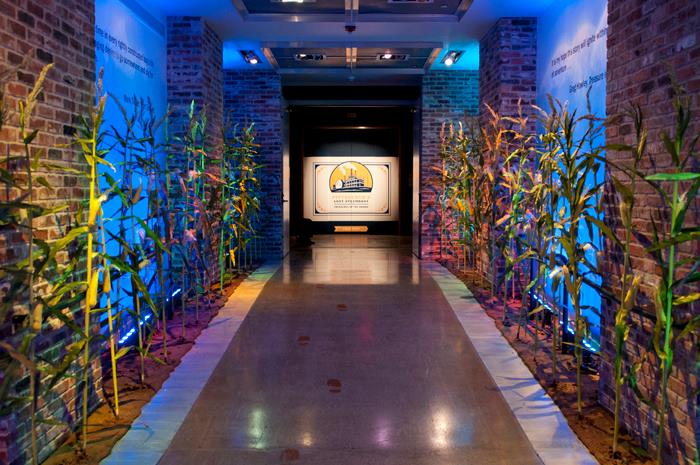 160-YEAR-OLD PIECES OF PITTSBURGH RETURN HOME
In 1856, a well-traveled steamship called the Arabia had some trouble on the Missouri River. After hitting a tree snag, the stocked cargo ship full of Pittsburgh goods began to sink. While all the living creatures (save one unfortunate mule) made it off the boat, the contents of the boat were buried under the flowing water. Over time, the river re-routed and the ship’s location was lost in the muck, under dirt and water — until some self-described “treasure hunters” started looking in the 1980s.

Their find is on display at the Heinz History Center; “Pittsburgh’s Lost Steamboat: Treasures of the Arabia” marks the first time any of the objects from the ship have been on display east of the Mississippi. Because the goods and objects on the boat were preserved in an air-free environment, many barely deteriorated — making this exhibit a rare chance to see the everyday objects of 1850s Pittsburgh, from keys and tools to clothing and liquor, as they were in their time.

GOURMET BURGERS AND DECADENT SHAKES LAND IN THE WATERFRONT
The filling fare and formidable milkshakes at Burgatory have had locals waiting in lines for quite some time. At the chain’s two suburban locations in Waterworks Mall and Robinson Township, wait times have been known to approach two hours; even the Burgatory location inside CONSOL Energy Center has been known to cause hungry hockey fans to miss a chunk of the first period. So we were thrilled that another installment in the local chain was arriving at the Waterfront … but somewhat confused that this location would be the smallest yet. Don’t worry, though; you won’t have to camp out the night before to get a dinner reservation. Check out this week’s edition of After Dark for the rundown on the latest Burgatory, including the key to quick seating. See how this popular joint does in our Bar Exam at After Dark!

MILLVALE’S INCUBATOR FOR FUTURE ’BURGH ROCKERS
What do you get when you mix local artists, an entertainment funhouse, and “doom pop?” The latest in Creative.Life.Support’s Revival Series at Mr. Smalls Funhouse, a theater, recording studio, art gallery and skatepark in Millvale. Mr. Smalls Funhouse works with Creative.Life.Support to help local artists and performers gain experience performing in larger-venue, full-scale concerts complete with sound production and lighting, as well as recording options. This Friday is the Action Camp CD Release Show, the latest in the Revival Series. Action Camp, a doom pop duo, recently released “PA;” the LP focuses on tales of Pennsylvania Disasters as well as member Maura Jacob’s experience growing up in the 'Burgh.

Celebrating 40 years, Mendelson Gallery, founded by Steven Mendelson, presents a special show of work by artists who have exhibited there throughout its history. Through June 14.

The Garden Railroad is back! The Phipps Conservatory and Botanical Gardens Summer Flower Show opens Saturday with this annual display.