Get off the couch and take a tour of some of the region’s best college football stadiums (and tailgates) this fall. 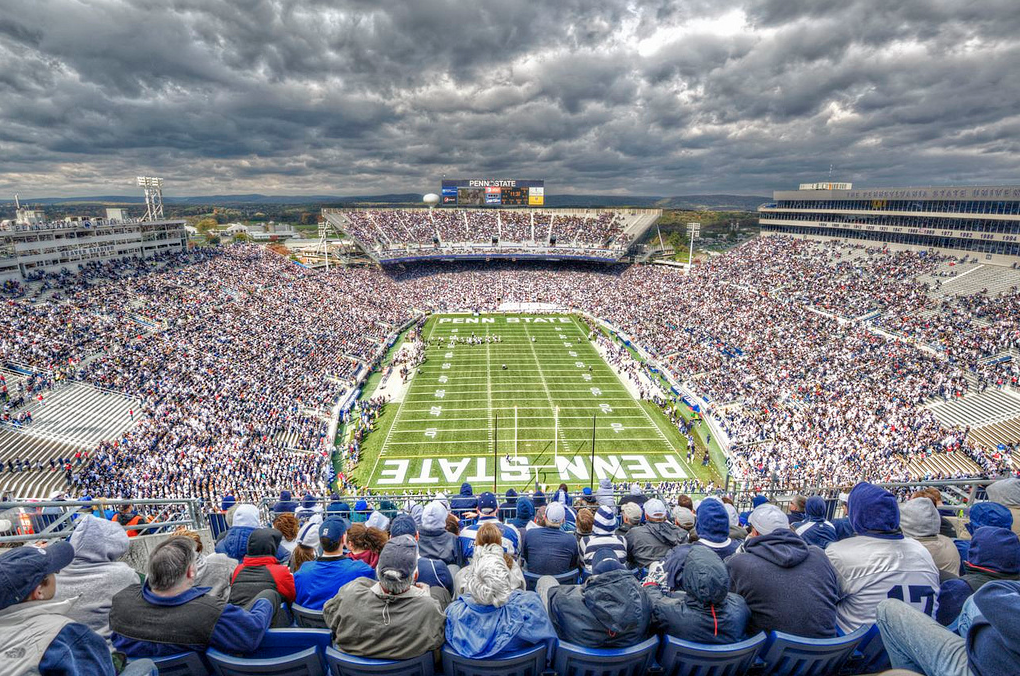 Let me put this as simply as I can: Go to college football games. I know, it’s great watching NCAA games at home. I love plopping down on the couch at noon and knowing I’ll be entertained until 10 p.m. (or 1 a.m. if Hawaii is at home). But the in-person experience captures something the wall-to-wall TV coverage never can, no matter how often crews cut to the student section or pan over shots of the campus cuisine.

You need to be at the game to really taste those wings and truly hear those fight songs.

Even if you just drive in for the day, it will be worth it. If you tailgate for hours beforehand, go. If you get a room and take a day to explore the campus and town, go. However you do it, go to college football games.

To help you out, I’m giving you one accessible (read: within a five-hour drive) option for each week of the college season. Pick one of ’em or go every week — but, again, go.

And a note on these selections: Because there are enough around, I’m focusing on FBS (Division 1-A, or whatever it’s been renamed this year) teams. But that isn’t to say that schools outside of the spotlight aren’t worth visiting. ESPN may never make the trek to IUP, Duquesne, Robert Morris or (yes, there’s even football at) CMU — but that doesn’t mean that you shouldn’t.

On to the schedule — and of course, there’s no better place to start than …

Florida State at Pittsburgh — Heinz Field on the North Shore
Monday, Sept. 2, 8 p.m.
Pitt hits the ground running as a member of the ACC, hosting the 11th-ranked Seminoles in the season opener under the lights at Heinz Field. The Panthers need all the help they can get, so come out to show Pittsburgh pride for this nationally broadcast game.

Marshall at Ohio — Peden Stadium in Athens, Ohio
Saturday, Sept. 14, noon
Visit beautiful Athens as the Bobcats face off against the Thundering Herd. Keep an eye on Marshall — we’ll be seeing them again further down the list.

West Virginia at Maryland — Byrd Stadium in College Park, Md.
Saturday, Sept. 21, time TBA
We’ll visit Morgantown next week — but before you see the Mountaineers at home, make the haul to see them try to best the Terps on the road. 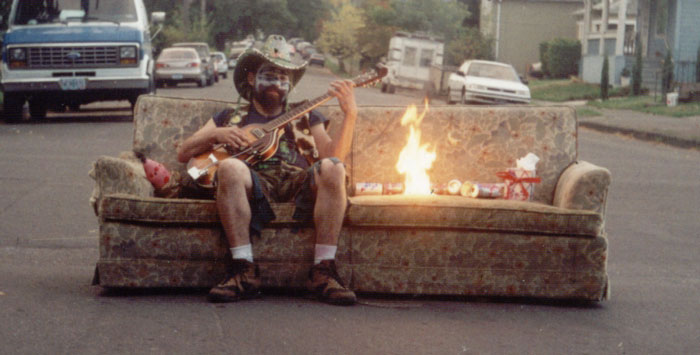 Take a load off in West Virginia. Just kidding. Kind of.

Oklahoma State at West Virginia — Milan Puskar Stadium in Morgantown, W.Va.
Saturday, Sept. 28, time TBA
Let’s be honest: This season looks a lot more promising for the Oklahoma State Cowboys, ranked 12th before the first weekend of play, than it does for the Mountaineers. But you can never count West Virginia out at home. This one could turn into a brawl.

Massachusetts at Bowling Green — Doyt Perry Stadium in Bowling Green, Ohio
Saturday, Oct. 5, 3:30 p.m.
I’m always convinced there’s going to be a season where four or five MAC teams make serious runs and everyone will focus in on this plucky little conference. I don’t have any evidence for this theory, but I still think it regardless.

Michigan at Penn State — Beaver Stadium in University Park, Pa.
Saturday, Oct. 12, 5 p.m.
One of the Big Ten’s most storied rivalries returns to State College. Just plan your travel carefully — any marquee matchup for Penn State means you should’ve made hotel reservations about a year in advance.

Akron at Miami (Ohio) — Yager Stadium in Miami, Ohio
Saturday, Oct. 19, time TBA
Fun fact: Miami of Ohio is one of only four colleges that counts both a U.S. president (Harrison) and a Super Bowl-winning quarterback (Roethlisberger) among its alumni. Even more odd: Both grads were named Ben.

Penn State at Ohio State — Ohio Stadium in Columbus, Ohio
Saturday, Oct. 26, 8 p.m.
Confrontations between the Buckeyes and the Nittany Lions are anything but boring. Sometimes lopsided (and usually in Ohio State’s favor, as of late) but never dull.

Ohio at Buffalo — UB Stadium in Amherst, N.Y.
Tuesday, Nov. 5, 8 p.m.
The MAC is really into throwing random weeknight games on the November schedule, just to keep you on your toes. More importantly, this may be your only opportunity to tell your boss, “I know it’s Tuesday, but I’m leaving work early to drive to Buffalo for a football game.”

Northern Illinois at Toledo — Glass Bowl in Toledo, Ohio
Wednesday, Nov. 20, 8 p.m.
More midweek MAC madness. I don’t know anything about either team, but I’m backing the Huskies of Northern Illinois because more teams need to use dog breeds as team names.

Toledo at Akron — InfoCision Stadium in Akron, Ohio
Friday, Nov. 29, Time TBA
While your family members are nursing turkey hangovers or elbowing other shoppers, you’ll be seeing some Friday night lights shine over another MAC clash.

Louisville at Cincinnati — Nippert Stadium in Cincinnati, Ohio
Thursday, Dec. 5, 7:30 p.m.
We conclude our journey with a heated matchup between rivals. Both the Cardinals and the Bearcats have emerged as programs to be reckoned with in recent years; don’t be surprised if this late-season clash has serious bowl implications.