12 Pictures of Frozen Muck on the North Shore

Pittsburgh's formerly frozen rivers have receded, leaving behind mud and chunks of ice that could take weeks to thaw. 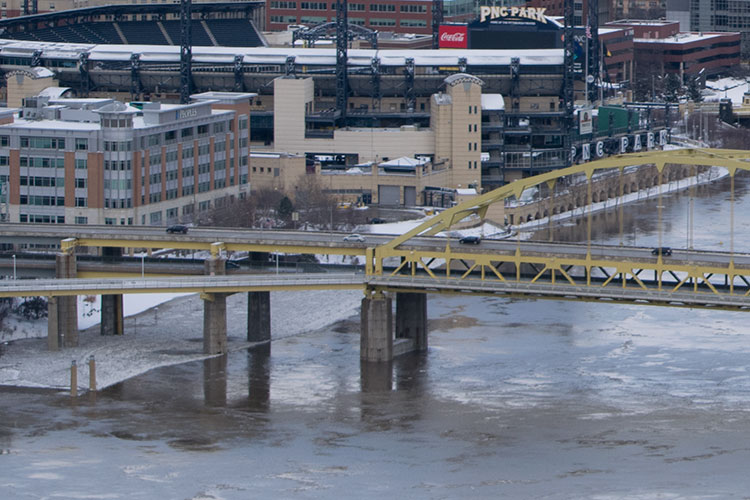 Two weeks ago, this is how the Allegheny River looked near PNC Park; the riverwalk area under water and ice. 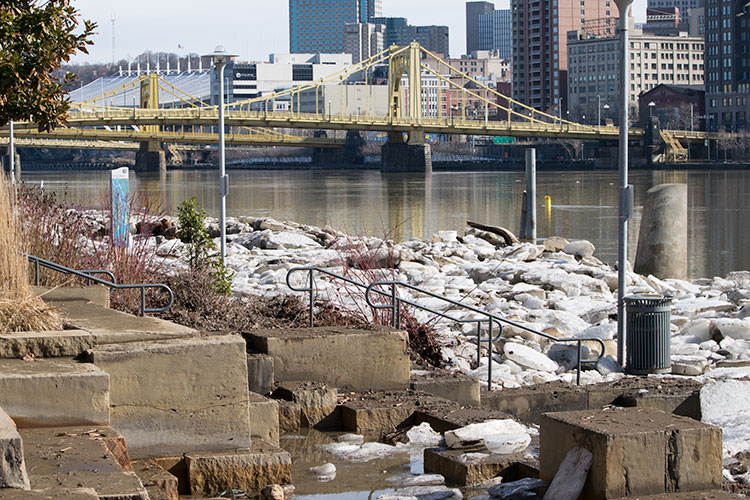 Sunday, the waters had receded but tons of ice remains. 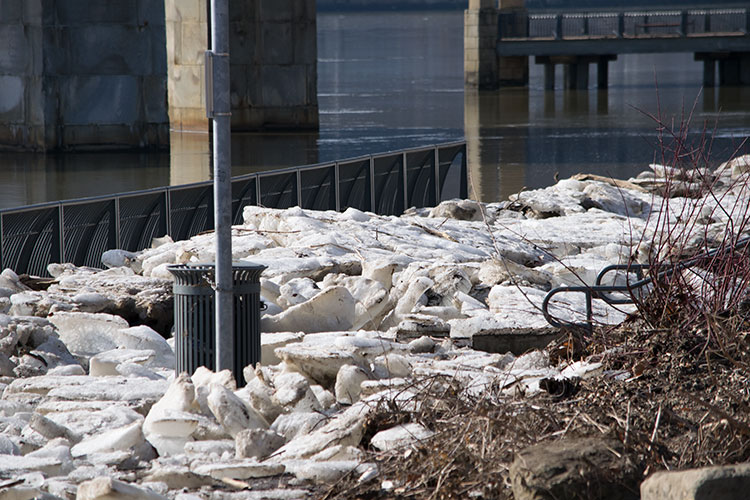 No room for bikes, walkers or runners. 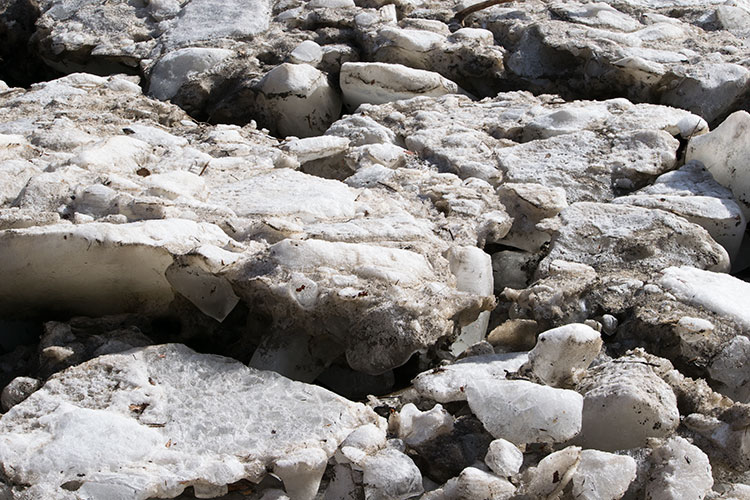 Many of the larger chunks of ice are more than a foot thick. 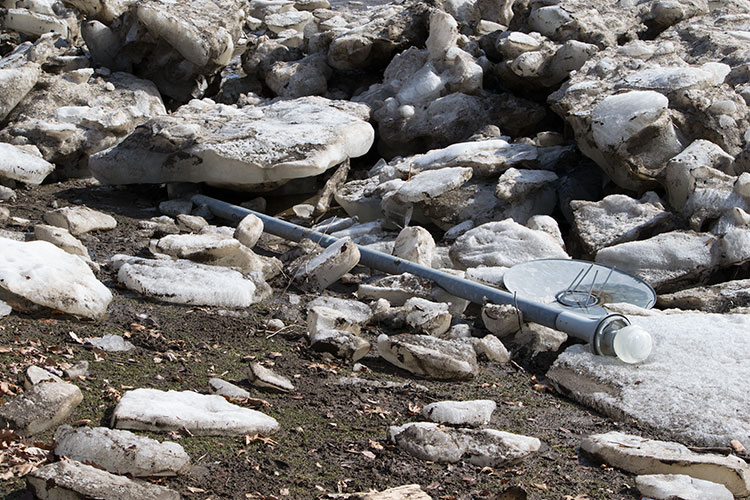 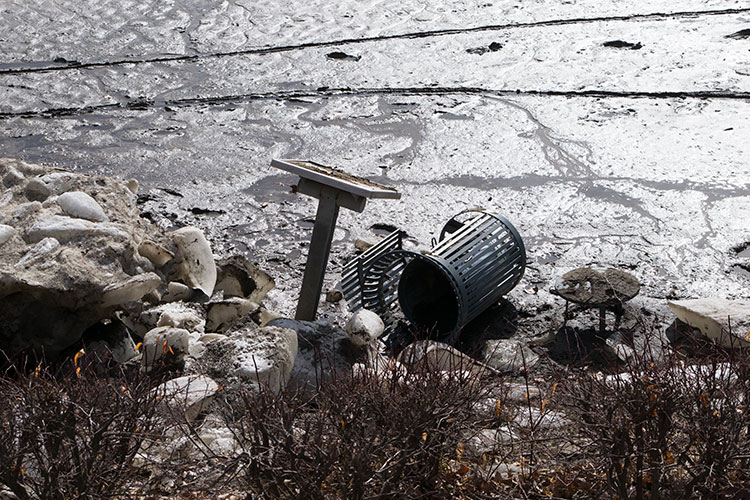 and garbage cans damaged or destroyed. 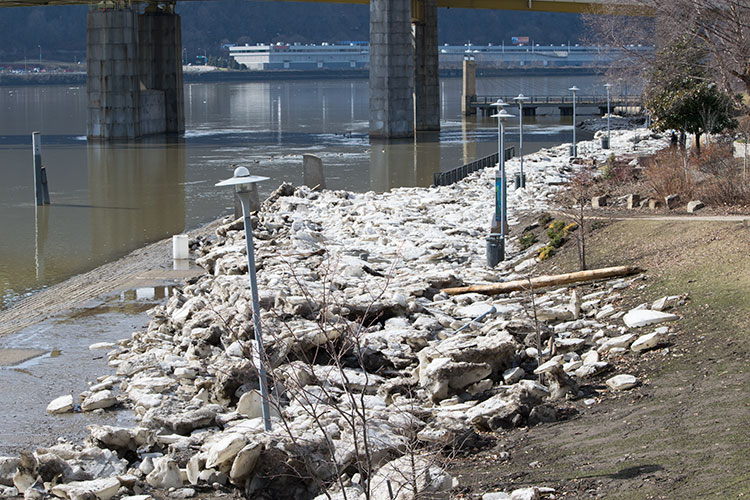 The frozen mess extending the distance between PNC Park and Heinz Field. 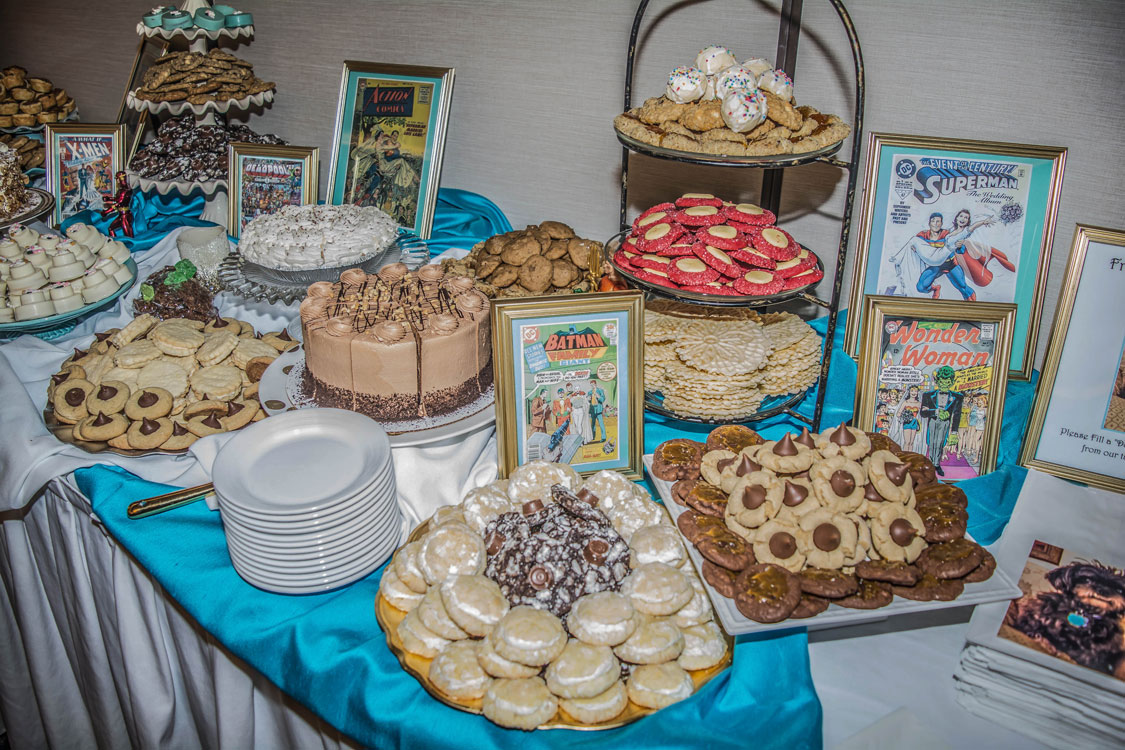 Where the ice has melted, several inches of thick mud remain. 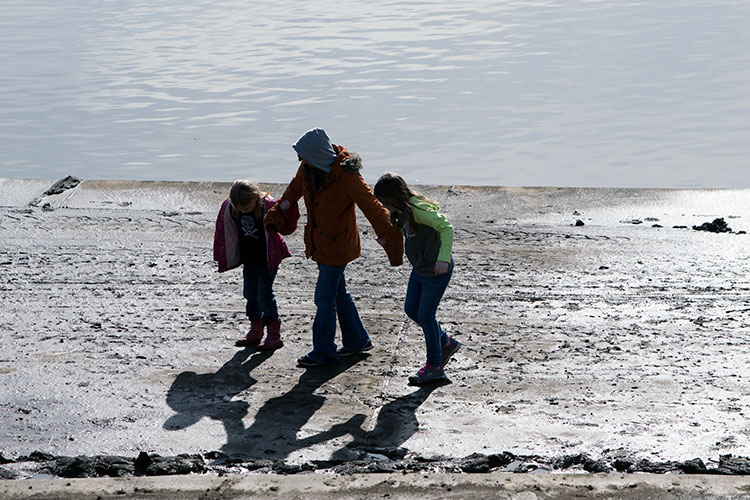 Rains have slowly thinned the mud in some spots but the surface is very slippery. 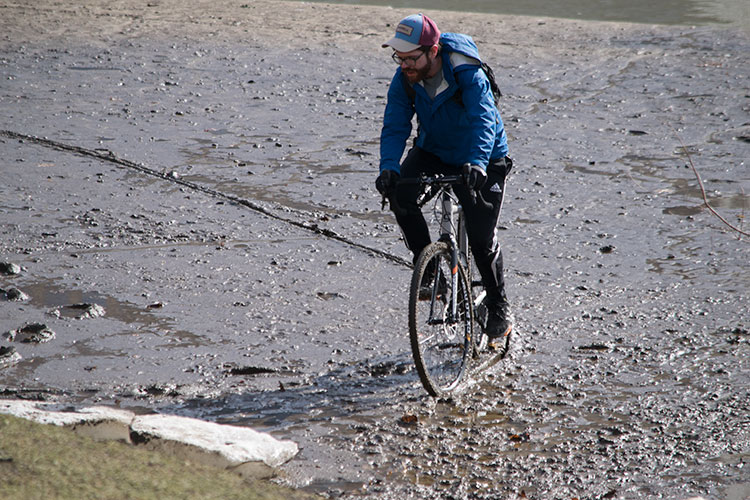 Barricades placed by the city keep most, but not all, from trying to use the riverwalk. 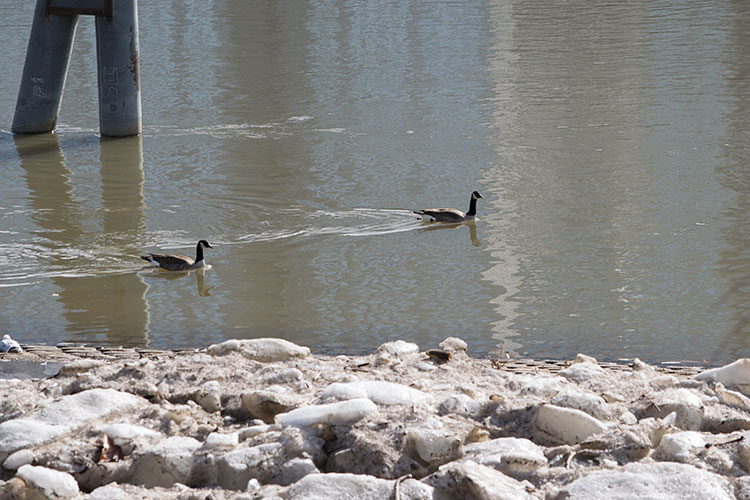 For those naturally equipped to deal with changing river levels, life goes on. 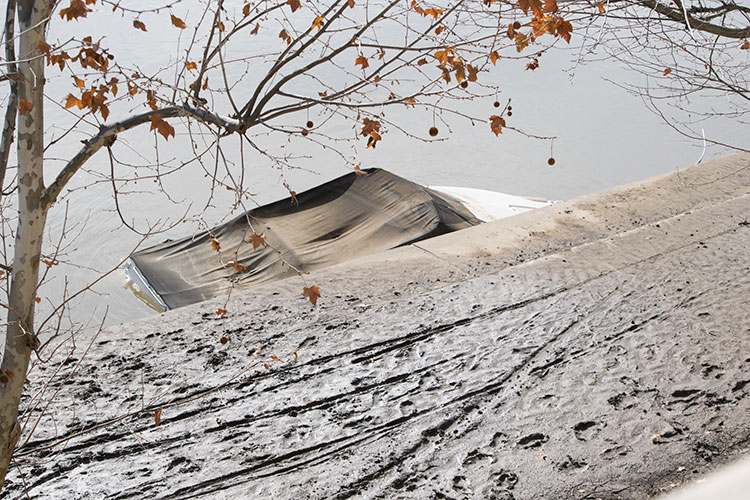 For others, not so much.