12 Movies to See at the Three Rivers Film Festival

With an extensive list of interesting flicks at this year’s fest, we pick a dozen that caught our attention. 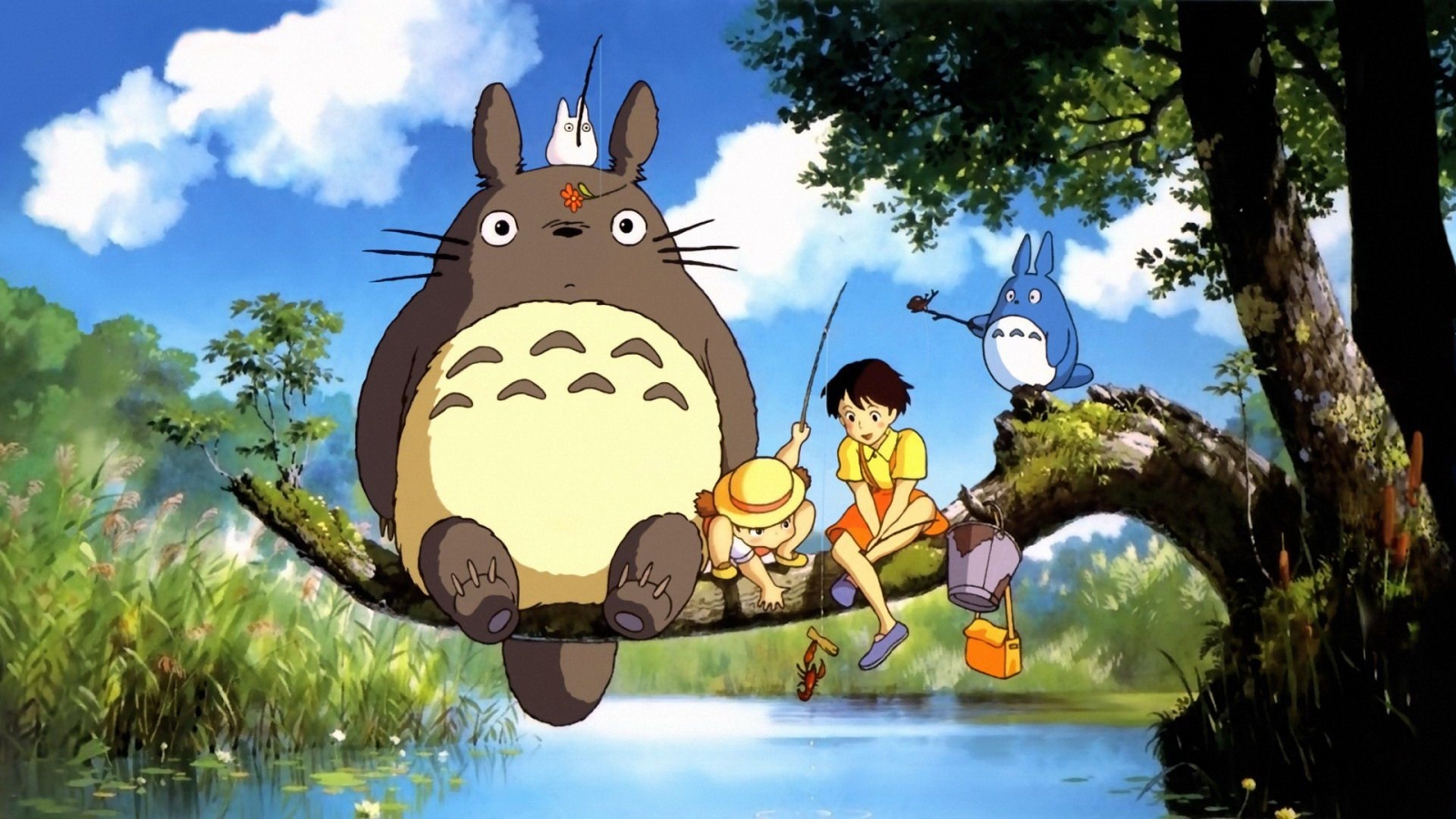 I say it every year, but the golden rule when it comes to the annual Three Rivers Film Festival is this: just go. You don’t need to worry about what’s playing; the casual moviegoer probably won’t be familiar with all but one or two titles, and even a dedicated cineaste might only know 10 or 15 by name. That’s OK. The cinephiles at Pittsburgh Filmmakers think that you should see these flicks, and they know their stuff.

So just pick a night (or, better, a multitude of nights) between tomorrow and Nov. 23 and go to one of the four theaters (and several microcinemas) participating in this year’s fest. The result will likely impress — and even if it doesn’t quite dazzle you, it’ll be different and engaging and everything that makes (true) independent film worthy of your time and attention.

That being said: For the planners among you, here are a dozen flicks that have my attention. Now, I haven’t pre-screened any this year, so I’m not promising quality (or making any disclaimers about content); these are just some of the films that jumped out of the crowded lineup.

(Incidentally, the ticketing is easy-yet-detailed, so I’ve included some of those details at the bottom of this post.) 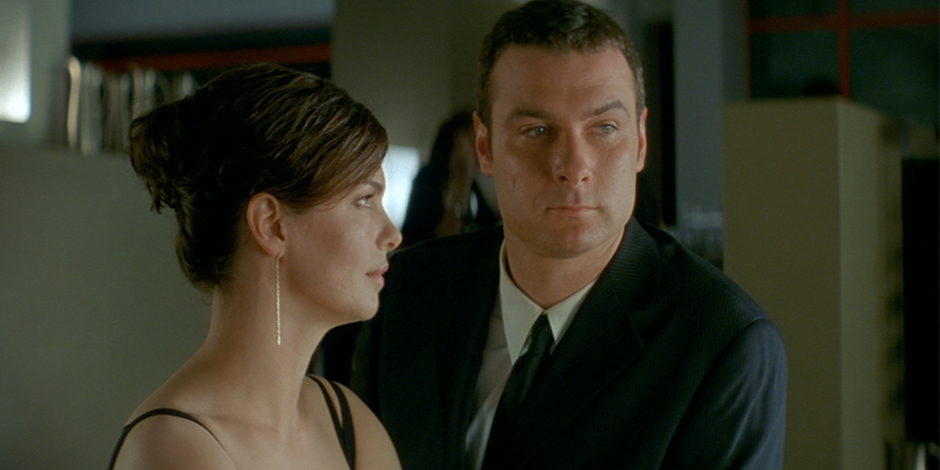 Friday, 7:15 p.m.; Harris Theater (Opening Night Selection)
It sounds like the setup for a farce, but A Perfect Man is more drama than comedy: Unfaithful husband James (Liev Schreiber) unwittingly falls for a woman over the phone, not knowing that she is actually his wife, Nina (Jeanne Tripplehorn), incognito. Since it’s an opening-night selection, your ticket for A Perfect Man gets you into the kickoff party at 477 Melwood Ave. after the movie. 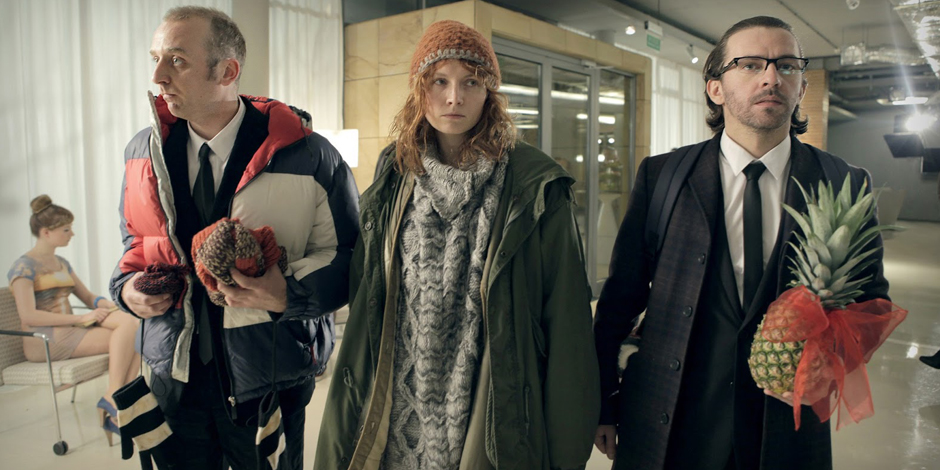 The Girl From the Wardrobe

Friday, 7:15 p.m.; Regent Square Theater (Opening Night Selection)
Another kickoff film, The Girl from the Wardrobe is a stylized, atmospheric Polish film about an unlikely friendship. The Polish Cultural Council is a co-sponsor of the festival and brings several films from that country to Pittsburgh each year; for The Girl From the Wardrobe, it’s also bringing director Bodo Kox, who will speak after the screening (but still leave you plenty of time to get to the party on Melwood).

Saturday & Sunday, 2 p.m.; Saturday at Waterworks Cinema, Sunday at Regent Square Theater
Hayao Miyazaki’s 1988 animated feature was called “one of the five best movies ever made for children” by the late Roger Ebert; kids and parents alike will be enchanted by this rare theater screening of the classic. 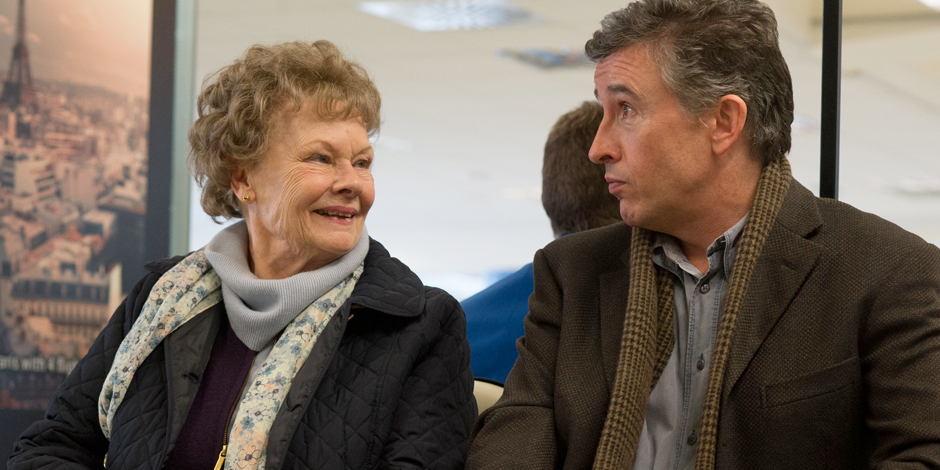 Saturday, 5 p.m. & Tuesday, Nov. 12, 7 p.m.; Saturday at Regent Square Theater, Nov. 12 at Waterworks Cinema
Dame Judi Dench and Steve Coogan star in this comedy about an aging woman’s search for a son given up for adoption 50 years earlier. 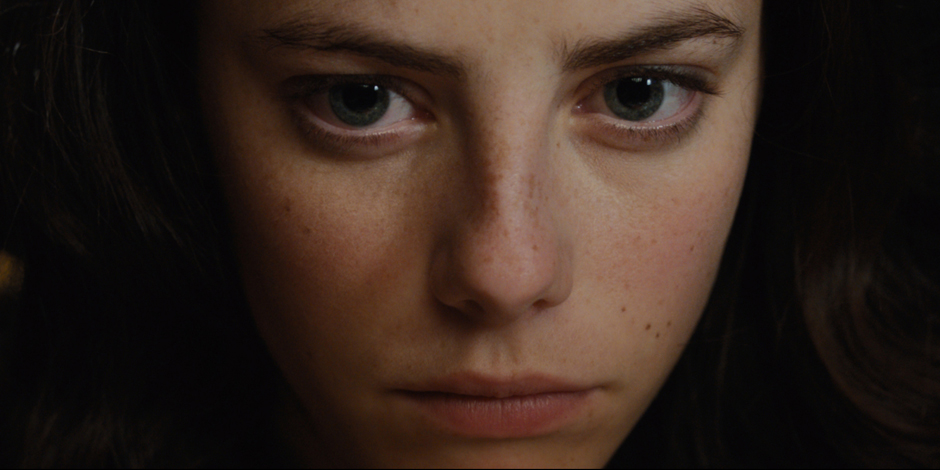 The Truth About Emanuel 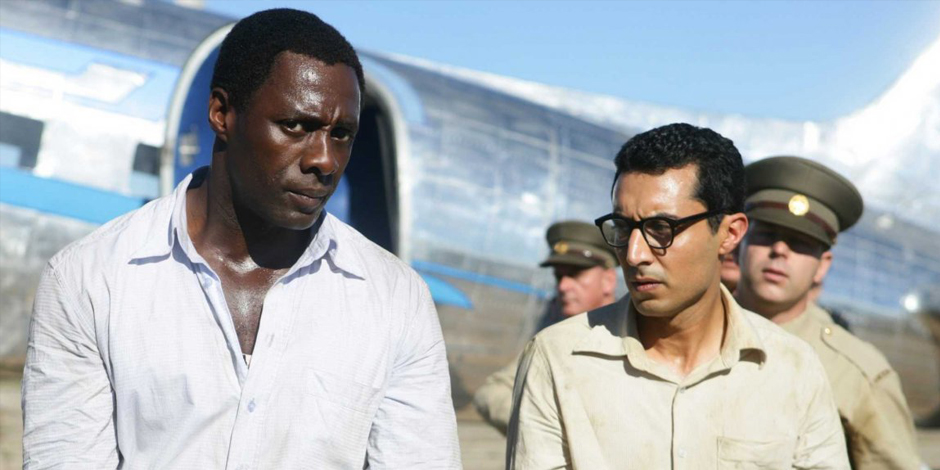 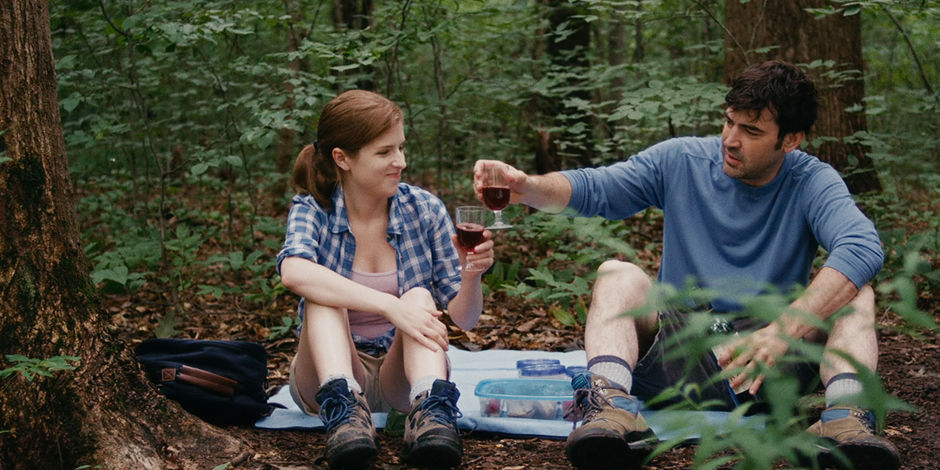 Monday, Nov. 11, 9:30 p.m. & Thursday, Nov. 14, 5 p.m.; Waterworks Cinema
It’s an impossible task: two people, clearly attracted to one another but in separate relationships, attempt to spend lots of time drinking together without getting into trouble. Early reviews are glowing for this comedy starring Anna Kendrick, Olivia Wilde and Jake Johnson. 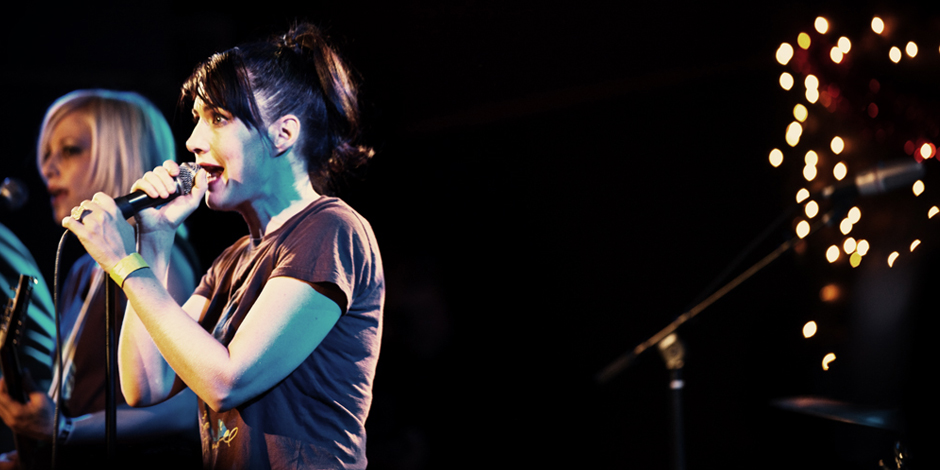 Wednesday, Nov. 13, 7:30 p.m.; Harris Theater
This documentary examines the career of Bikini Kill frontwoman Kathleen Hanna, who was one of the most visible performers of the Riot Grrl movement and an outspoken critic of sexism in the media before a Lyme disease diagnosis forced her retirement. Live pre-show music will be provided by Brazilian Wax. 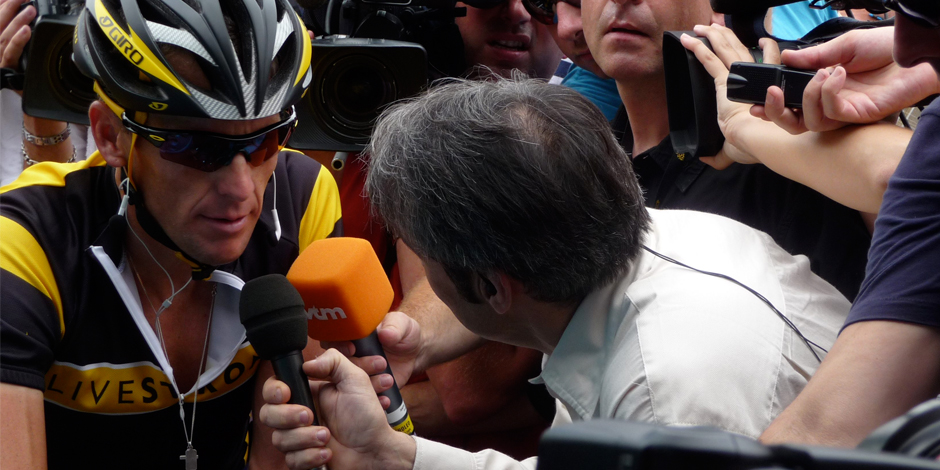 Friday, Nov. 15, 9:15 p.m.; Harris Theater
Acclaimed documentarian Alex Gibney (Enron: The Smartest Guys in the Room) tackles the doping scandal that ravaged competitive cycling and brought down the career and legacy of Lance Armstrong. Stunningly, Gibney was given access to many of the key figures in the scandal — including Armstrong himself, who’s interviewed in the film. 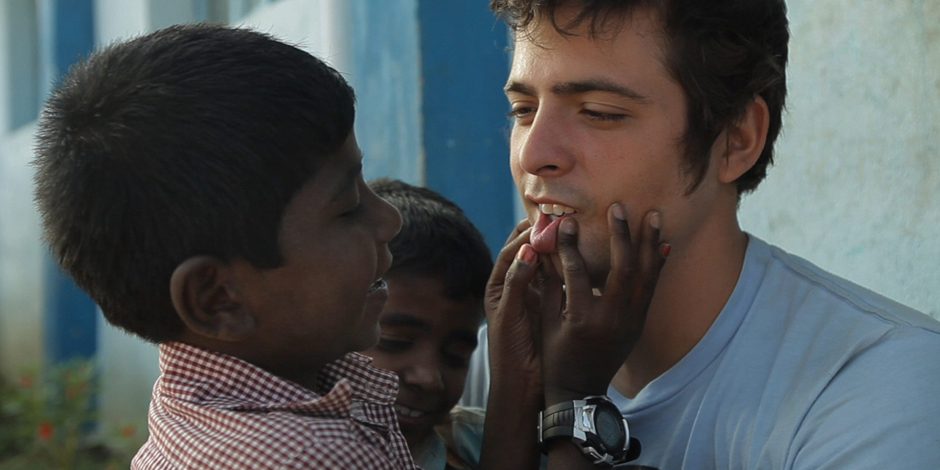 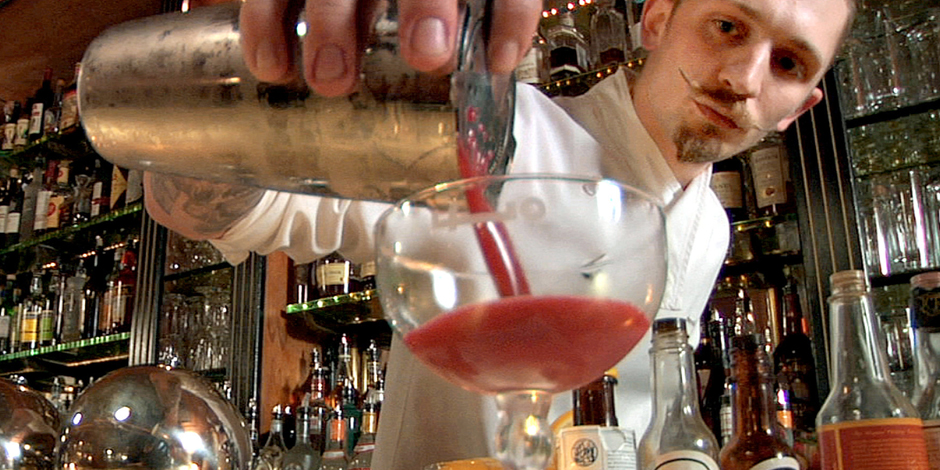 Thursday, Nov. 21, 7 p.m.; Harris Theater
Now that craft cocktails are taking over the bar scene, how has the role of the bartender changed? This documentary goes behind the bar at several New York hotspots — and the screening comes with a cocktail tasting (at 6 p.m.) and post-film discussion with director Douglas Tirola. 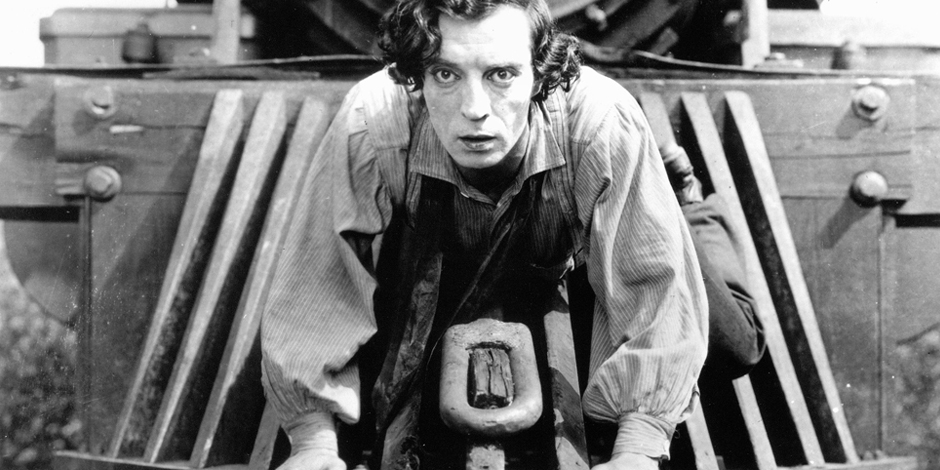 Saturday, Nov. 23, 4 p.m.; Regent Square Theater (Festival Closing Selection)
A recurring feature at the 3RFF: screenings of silent classics, accompanied by a live score from Boston’s Alloy Orchestra. The Buster Keaton classic remains hilarious today, and it also happens to be one of Alloy’s favorite flicks to accompany. Want more? They’ll also play alongside the rare Lon Chaney movie He Who Gets Slapped the same evening at 8 p.m.

A few films that offer children’s tickets — The General and My Neighbor Totoro are among them — are $5.

You can also purchase a pack of six tickets good for any regular screening (pending availability) for $50.

This article appears in the November 2013 issue of After Dark.
Categories: After Dark