Casey Foreaker of Cranberry went from 220 pounds to 115 pounds five years ago and has kept the weight off — making her one of six people chosen for People Magazine's "Half Their Size!" issue. 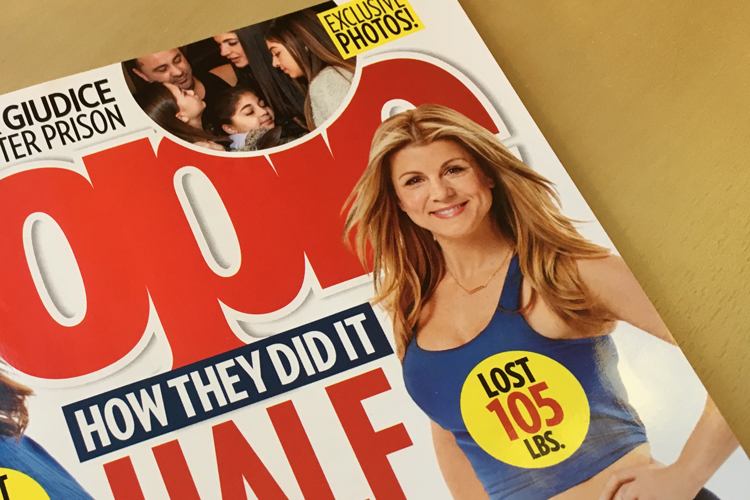 Most people don't like to advertise their weight, but millions of people now know the number at which Casey Foreaker tips the scales, and she's OK with that.

Foreaker, 36, of Cranberry, lost 105 pounds and kept it off — a feat that landed her on the cover of People Magazine's “Half Their Size!” issue.

Foreaker was one of six people picked to share their weight-loss stories.

“It was a once-in-a-lifetime experience that I will never forget. I'm still in awe of the whole thing,” Foreaker told the Pittsburgh Tribune-Review.

Foreaker told the paper she was “always a heavier girl growing up,” but things got out of control when she lost her father to suicide. She went from a size 14 to a size 22 in less than a year.

Foreaker said she joined Weight Watchers when she reached 220 pounds in 2002. Now she weighs 115 pounds, a weight she has maintained for five years. Foreaker says she jogs four to eight miles nearly every day, takes a spinning class, eats yogurt and fresh fruit for breakfast, a salad and a piece of fish for lunch, and a piece of chicken and steamed vegetables for dinner. She tells the paper she does take a break from the diet once a week, when she shares takeout with her sons, Dalton, 8, and Jayden, 5.

Her husband, Bob, is understandably proud of his wife but was thunderstruck when her picture appeared on the magazine's cover.

“It's amazing to walk through the supermarket and see her at the end of every aisle,” he told the Trib. Naturally, he bought several copies, which are scattered around their home.

“When it's on the kitchen counter, it's like, ‘That's my wife on the cover of People,'” he said. “It hasn't totally sunk in yet.”

Starting today, you can get the 412 in your email. Our new, daily e-newsletter is curated by the editors of Pittsburgh Magazine and is designed to give you the very best Pittsburgh has to offer — delivered directly to your inbox. Signing up takes seconds.