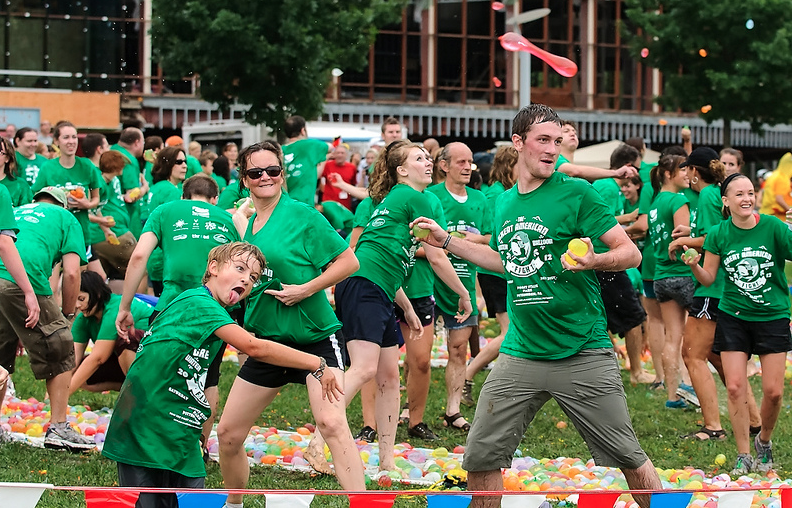 If you’re not going to The Great American Water Balloon Fight at the incomprehensibly beautiful Highmark Stadium this Saturday, here’s what you’re missing: 100,000 water balloons, 1,500 participants, four bands, a free T-shirt, BRGR burgers, a national anthem by the legendary Jeff Jimerson, zombies from The Scarehouse and a special appearance by former Pittsburgh Penguins tough-guy Matt Cooke.

It’s a super-sized version of your wildest childhood fantasy, and it all benefits a great cause. The second annual event will raise money for Team Tassy’s efforts to fight poverty in Haiti. Gates open at 10 a.m. and awesome festivities run throughout the day, but the true madness kicks off at 3 p.m. when thousands of colorful (and biodegradable) water balloons will fill the summer sky.

Can’t make it to Highmark Stadium? You can still support Team Tassy’s cause by donating to one of the four team captains.


Because everyone at the inaugural balloon battle was completely drenched by the end, the team who raises the most money will be crowned the winner instead of the driest team. Team Tassy is also looking for volunteers to help fill up balloons. Sign up here.

Just the thought of Big Bob frolicking around dodging a barrage of water balloons is enough to warm the heart.

Word of advice, though. Please do not aim for Mr. Cooke’s head. He’s a changed man, but you’d hate to be on the wrong end of a stinkglove.