A visual history, from the horse-drawn to the double decker to the black-and-gold. 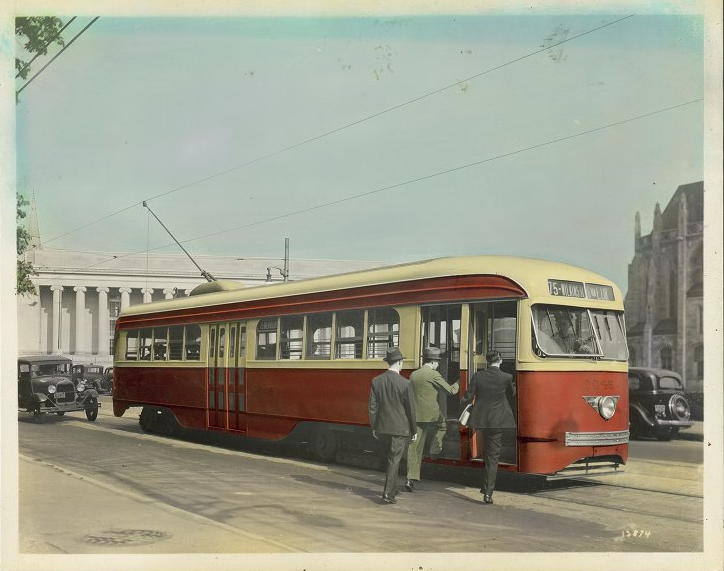 This amazing photo collection was put together by reddit user LinguistHere. If you are a reddit user, go up-vote the post right now (or gift him some reddit gold as a reward for the great work).

You can view the full collection here, but we have included some highlights below. Captions courtesy of the Historic Pittsburgh Image Collections. 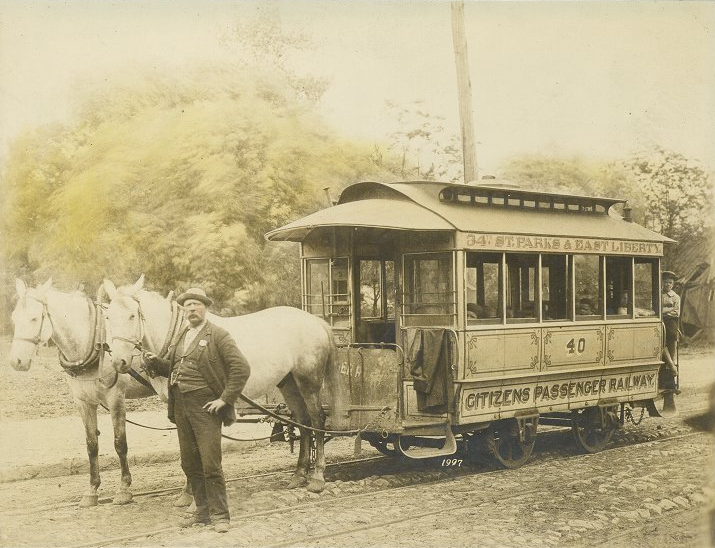 View of a hand-painted image of Citizens Trolley 40 pulled by horses. This car traveled a route that included the 34th Street Parks and East Liberty (Citizens Passenger Railway). Horse-car railways first appeared in 1859 and were the first means of mass transportation, with inclined railways and electric trolleys following. This was also the first horse-tram route in Pittsburgh, traveling along Penn Avenue to 34th Street. 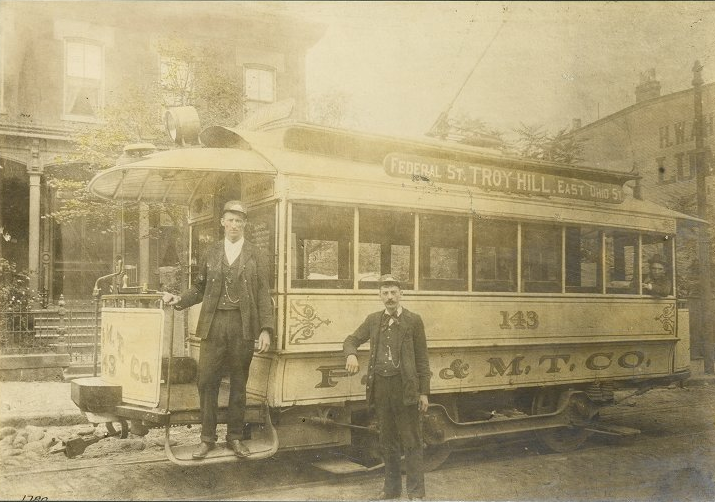 Hand-colored view of car 143, which ran the Federal Street — Troy Hill-East Ohio Street route. The route ran along Penn Avenue to the forks of the road at Penn Avenue and 34th Street. 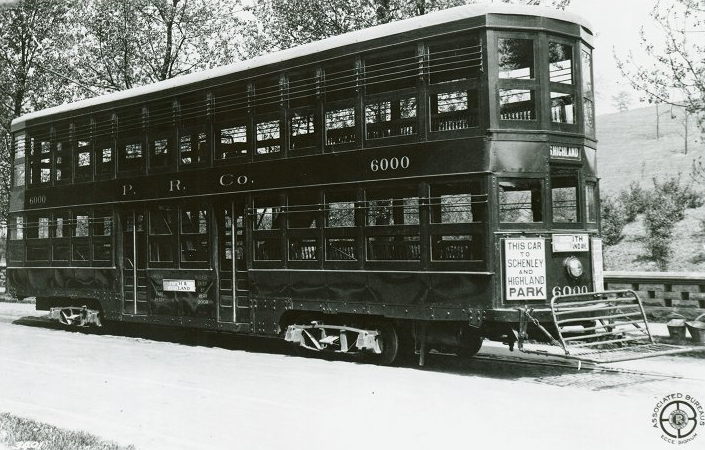 View of the Double-Decker Car 6000 stationed in Schenley Park. It sat 110 people. It was introduced on the Highland Avenue Line in 1913. Cars of this design were used until 1924. 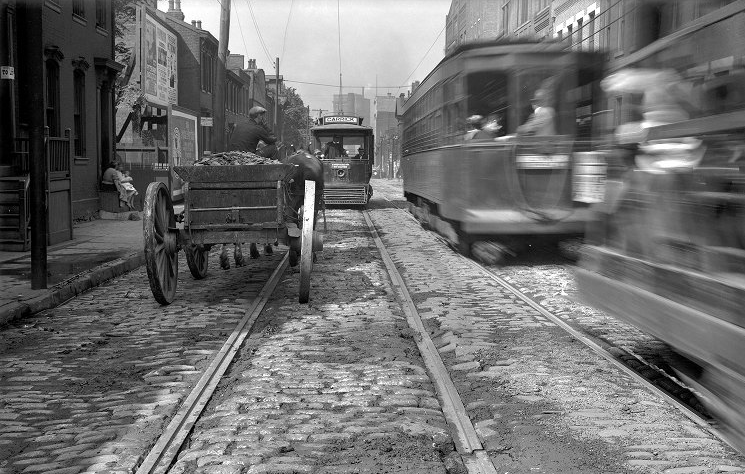 Close-up view of a busy Forbes Avenue. A horse-drawn wagon and several trolley cars, including one for Carrick, can be seen moving along the street. 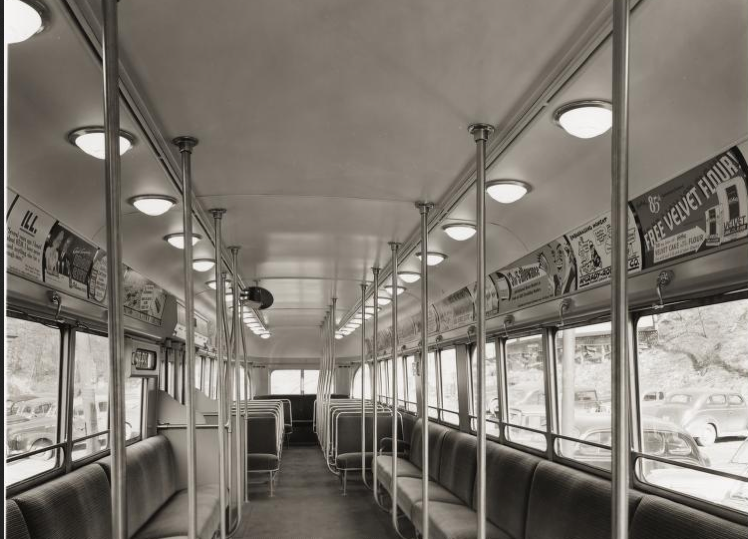 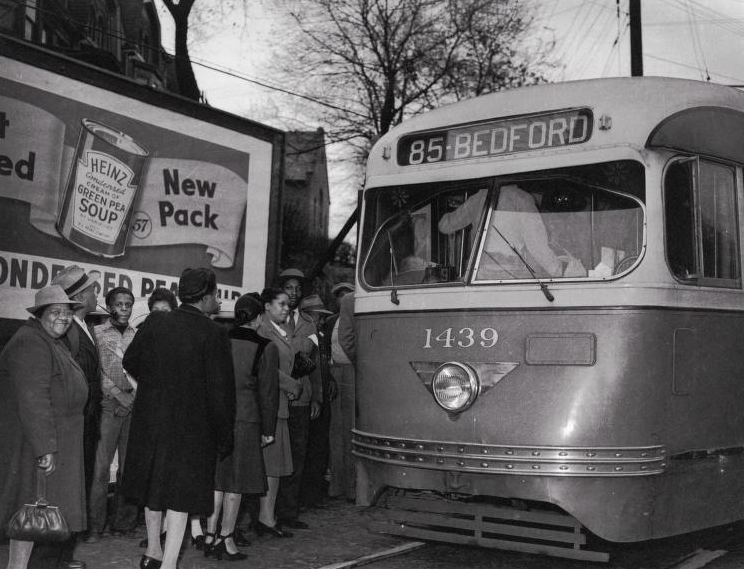 A group of people boarding the 85 Bedford Trolley at the corner of Centre and Herron avenues in the Hill District. Behind them is an advertisement for Heinz Condensed Cream of Green Pea Soup. 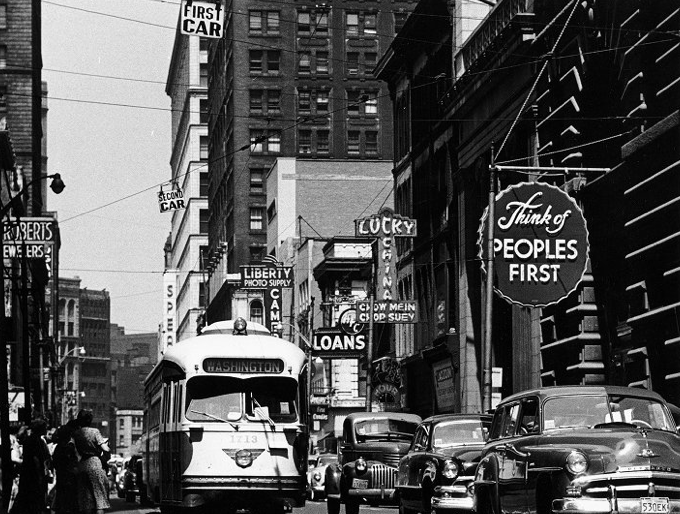 The corner of Wood Street and Fourth Avenue in downtown Pittsburgh. In the foreground is a 1713 Series All-Electric PCC (Trolley Car) built in 1948-1949. Pittsburgh Railways Company, formed in 1902, operated Pittsburgh’s vast electric trolley network until 1964, when the system was turned over to the Port Authority of Allegheny County. 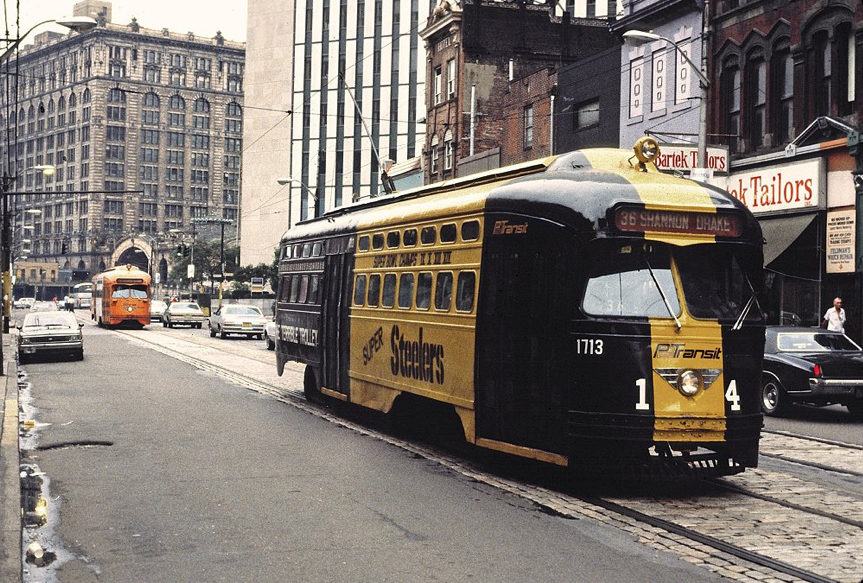 PCC #1713, dressed up in Steelers colors, rolls down Liberty Avenue. The large building in the background to the left is Penn Station, still used by Amtrak today.