10 Things You Didn't Know About Pittsburgh 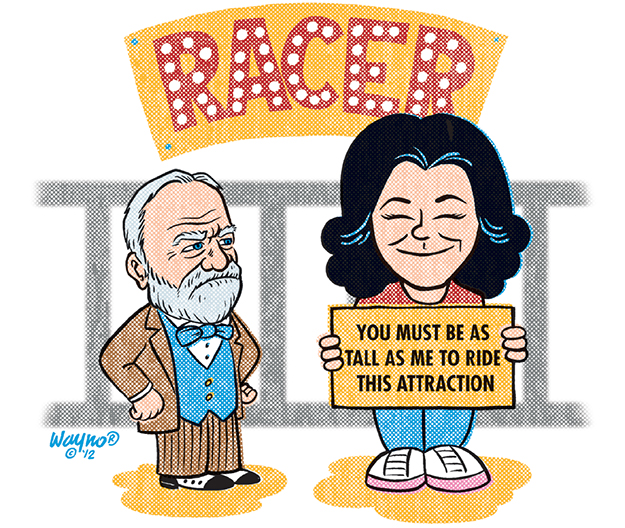 There’s a tricky thing about becoming obsessed with learning about Pittsburgh. Twenty years ago, I would’ve headed to the local library for an hour or two of thumbing through old tomes — but in this modern age, I can open up my laptop and hop down the Internet rabbit hole … only to find that the rabbit hole is really a series of time-sucking wormholes. Dip one toe into a wormhole, and you’ll spend five hours of your life learning things you’ll never need to know — unless you decide to write a column called “Things You Might Not Know About Pittsburgh.”

Hey, guess what? Here are some things you probably don’t know about Pittsburgh. Even if you’ve studied Pittsburgh for years, I bet you don’t know all of these facts. And that’s worth bragging about.

» Andrew Carnegie was only 5 feet tall. He was the richest man in America (and one of the most powerful), yet barely taller than Snooki. Even infamously pint-sized Tom Cruise would stand a whole head over Carnegie.

» Fred Rogers’ mother’s maiden name (and Fred’s middle name) was McFeely. So when it came time to name the deliveryman character on “Mister Rogers’ Neighborhood,” Mr. McFeely was chosen.

» When Roberto Clemente was an infant in Puerto Rico, his younger sister died after an accident in the kitchen. A messenger named Flor Zabala was sent to give Clemente’s father the sad news. Thirty years later, Roberto would meet and marry that messenger’s daughter, Vera.

» The National Aviary is built on the site of the razed Western State Penitentiary, a Civil War prison where 118 Confederate prisoners of war were held from 1863 to 1864. There are rumors that the souls of the roughly half-dozen soldiers who died in the prison currently haunt the Aviary. Having learned this, I would not work at the Aviary, even if they offered to pay me in baby penguins.

» The Art Institute of Pittsburgh counts among its alumni the designer of the famed Elvis stamp, the creator of the comic strip “Ziggy,” the creator of Rosie the Riveter and the former madam premier of Bermuda.

» In 1940, Art Rooney Sr. sold the Steelers to Alexis Thompson and then purchased Thompson’s half-ownership of the Philadelphia Eagles. One year later, Rooney and Thompson traded back their teams, and the Steelers have been in the Rooney’s hands ever since. Yes, you read that right — the Rooneys sold the Steelers for the Eagles. Put some fries on top and chew on that, Pittsburgh.

» You know those EZ Moves Furniture Slides you’ve seen on QVC? Invented right here in the Pittsburgh area by a father-son team. The co-inventors took the idea further by creating FunSlides Carpet Skates; they even opened FunSlides Carpet Skateparks in Irwin and Greensburg, which are filled with carpet-covered ramps.

» Both the Duquesne and Monongahela inclines travel at a whopping 6 miles per hour. Hold on tight!

» Kennywood is named after the Charles Kenny family, who originally owned some of the land on which the park now sits. Unfortunately, history doesn’t tell us if the Kenny clan owned a kangaroo.

» Speaking of Kennywood, the Racer is not actually two different tracks, but one track looped over on itself. I spent an additional 30 minutes researching this, trying to understand how that’s possible, but my brain refuses to grasp how the cars manage to end up on opposite sides of the starting track without ever running into each other. I’m sticking to the only explanation that makes any sense: magic. At least that’s what I’ll tell my kids when they ask.

This article appears in the August 2012 issue of City Guide.
Categories: Visitors Guide