Books Editor Kristofer Collins interviews one of Pittsburgh’s finest writers about what’s on her mind during quarantine. 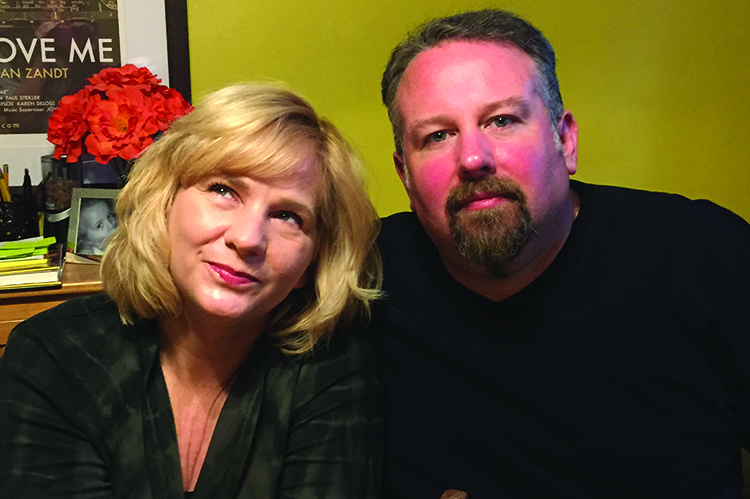 Lori Jakiela is the author of six books, most recently “Belief Is Its Own Kind of Truth, Maybe” (re-issued by Autumn House Press in 2019), which received the Saroyan Prize for International Literature from Stanford University, and “Portrait of the Artist as a Bingo Worker” (Bottom Dog Press), a collection of essays about work and the writing life. She directs the undergraduate Creative and Professional Writing Program at the University of Pittsburgh Greensburg and is currently sheltering in place in her hometown, Trafford, with her family and one feisty rescue rabbit named Waxy Kardashian. Her author website is lorijakiela.net.

1. What book(s) are you reading now?
Before all this craziness hit, I had just re-read both Scott McClanahan’s “Crapalachia: Biography of a Place” and Harry Crews’ “Childhood: Biography of a Place.” These are some of my favorites and reading them again was like getting together with old friends at Jack’s Bar on the South Side, which has been open 365 days a year, including Christmas, for ever and ever amen.
But even Jack’s is closed now. They hung a sign in their window this week: “Sadly, we are CLOSED due to the VIRUS. For the first time in our history, we are not here for you! We will be back! We love you PGH!”
I saw it on the news and wanted to weep. Jack’s neon sign, dark.
Did you know if you order boneless chicken at Jack’s, they’ll give you a hard-boiled egg? I just learned this.
One of the first things I’m going to do when this terrible time passes is to go to Jack’s and order boneless chicken and a bucket of whatever beer is on special and play the worst game of pool ever and hug anyone who comes near me. The bartenders most of all.
Other books I’m reading – “Educated” by Tara Westover, “Everything in Its Place” by Oliver Sacks, “The Girls in My Town” by Angela Morales, and “We Are Never Meeting in Real Life” by Samantha Irby.
Some of these books, especially that last one, were for a new course I was teaching called Writing and Healing Arts. The course was supposed to help my students deal with the pressures and anxiety of the world, which seemed so intense even before now.
Also I will be re-reading a lot of Hemingway, hoping for a little grace. 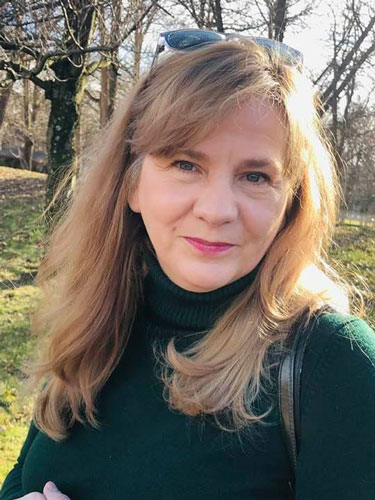 2. What do you look for in a book?
Maybe it’s because I was a sickly, only, lonely, adopted child, but I think of books as friends, as human connection, as compassionate guides to navigating this life.
A while back, I spent a month in Brussels, a huge gift of writing time and space (thank you, City of Asylum), and I was often stupidly sad-sacked.
I didn’t speak much French. I didn’t speak Dutch. Sometimes, in restaurants, I’d pull an American and either speak English loudly or revert to Spanglish, as if that would help.
I think most of the people in my Brussels neighborhood considered me the village idiot or just The American, which is the same thing as village idiot.
Anyway, I ate dinner pretty regularly at a place called Le Fin Du Monde. The end of the world.
I would bring a book with me always – Larry Brown’s “Big Bad Love.” Larry Brown’s “On Fire.”
Larry Brown was my dining companion and my dearest friend in all of Belgium. I’d met him once, years back, but I had no idea who he was. We danced for a minute at a writer’s conference in Vermont.
So I didn’t get to be friends with Larry Brown, but he is my friend.
Larry Brown, when I was alone in a strange place, told me: “I have chosen this thing to do, away from my family, the doors closed, characters who form in my head and move to the paper, black symbols on a white sheet, no more than that.”
That’s from “On Fire.”
Larry Brown told me, “If you want to write, you’ve got to shut yourself up in a room and write.”
That’s from “Big Bad Love.”
Larry Brown said, “I’ve seen Jesus. He just looks like you and me. You could meet Him out on the street and you wouldn’t know Him. I know why He ain’t come back. The world would probably find some way to kill Him again.”
That’s from “Dirty Work” and maybe just something for our weird and troubled times.
Read Larry Brown.
The way writers say I love you is to pass you a book or a writer they think will change your life.
Read Larry Brown.
I love you.
You’re welcome.

3. Who is your favorite fictional character?
It’s a toss-up between Lady Brett Ashley and Jake Barnes from “The Sun Also Rises.”
Isn’t it pretty to think so?

4. What was the first book you remember really affecting you as a reader?
Somehow, when I was very young, I snagged a copy of Judy Blume’s “Wifey” in the bargain bin at G.C. Murphy. The cover was torn off and the book was a five-for-a-dollar deal, so my mother never questioned it.
I can’t remember the other four books I snagged, but “Wifey” was life changing. I knew nothing about sex or adult unhappiness. I hid it under my bed and thought of it as research.

5. If you could be a character in any novel who would you be? Why?
Either Lady Brett Ashley or Jake Barnes.
Isn’t it pretty to think so?

6. Was there one author more than any other who inspired you to become a writer?
Hemingway. But way before that, Rod McKuen.
Rod McKuen is a terrible sap poet, but we didn’t have a lot of books in my house when I was growing up. I read the dictionary. In the bathroom. I read encyclopedias.
Somehow, probably in a G.C. Murphy’s bargain bin, I stumbled on a collection of McKuen poems early on. He touched my super-romantic girl-heart. 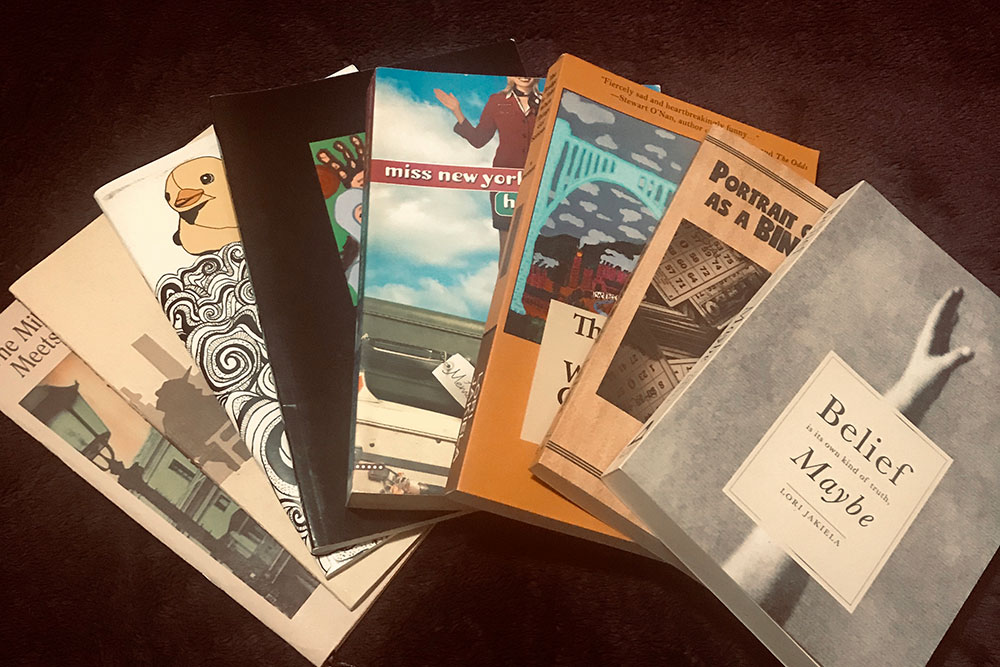 7. What local writer/book should people be more aware of?
We have writers here who are blowing up everywhere. Terrence Hayes, of course. MacArthur Genius and all that. Toi Derricotte. Sarah Elaine Smith. Claire Beams. But there are so many amazing writers here who aren’t getting their due. I can’t even begin to parse it out.
It’s super-cheesy to say this, but my husband, Dave Newman, writes Pittsburgh better than anybody. He inspires me to keep writing. He inspires me to go on living. People are like, “How can two writers marry one another and not kill each other?” And I say, you just have to marry the right writer and so.
Newman keeps me alive, as a writer and as a human.
People should read him.
He’s a friend.
His books are home to me, and Pittsburgh is my home.
I recommend him to you.
I love you.
You’re welcome.

8. Is there a particular piece of writing (poem, essay, story, etc.) that you have found particularly comforting in times of stress?

One of the poems I have memorized and recite as a mantra and share with my students is Mary Oliver’s “Wild Geese.”
Here you go:
“You do not have to be good.
You do not have to walk on your knees
for a hundred miles through the desert repenting.
You only have to let the soft animal of your body
love what it loves.
Tell me about despair, yours, and I will tell you mine.
Meanwhile the world goes on.
Meanwhile the sun and the clear pebbles of the rain
are moving across the landscapes,
over the prairies and the deep trees,
the mountains and the rivers.
Meanwhile the wild geese, high in the clean blue air,
are heading home again.
Whoever you are, no matter how lonely,
the world offers itself to your imagination,
calls to you like the wild geese, harsh and exciting –
over and over announcing your place
in the family of things.”

9. Do you have a favorite literary quote that you draw inspiration from?
Isn’t it pretty to think so?
Hemingway. “The Sun Also Rises.”

10. If you could set a novel solely in one Pittsburgh location where would it be?
Jack’s Bar. Order a boneless chicken sandwich. Hug someone when it’s safe. Proceed.