The project has been in the planning stage for years, but it finally has a timetable for completion. 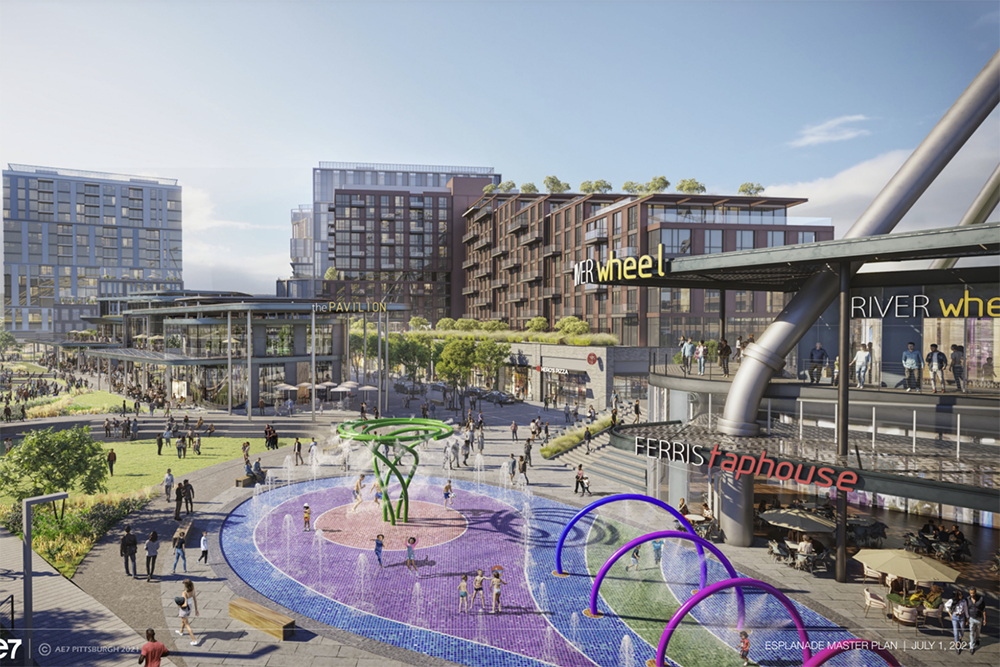 A Ferris wheel, a splash park, a marina, an ice skating rink and housing — it may sound like the formula for a vacation to the Atlantic shore, but it could all be coming to the North Shore.

The $600 million project, called Esplanade, has been in the works for quite a few years with no real timetable for completion. But in December, Washington-based developer Millcraft Investments purchased a 5.5-acre property along the Ohio River from the city’s Urban Redevelopment Authority, and just this week, the state allocated $10 million in state funding toward the project’s implementation. Now, developers say the project is scheduled to break ground in 2024, with the first phase completed in 2026.

That phase will include “destination-based attractions, experiential retail and restaurants, rental and for-sale housing, expansive public open space, a marina and public pier, all surrounding the Esplanade’s centerpiece pavilion,” according to a breakdown of allocated funds posted to Gov. Tom Wolf’s website on April 22. The pavilion would be about 45,000 square feet and provide a space for year-round entertainment.

Esplanade — a word that usually refers to a long, open, level area, typically beside the sea, along which people may walk for pleasure — will also feature a welcoming courtyard/open space, restaurant and a fresh food emporium. The exterior will offer areas for seating and gathering, an outdoor performance amphitheater, a splash park, ice skating rink and other amenities, too.

The $10 million from the state came from the Redevelopment Assistance Capital Program, a commonwealth grant program administered by the Office of the Budget for the acquisition and construction of regional economic, cultural, civic, recreational and historical improvement projects.

It’s expected that the project will create 7,100 construction jobs during the building process and upward of 4,500 permanent positions upon completion.