Enlighten your nightlife with this run-down of surprising and indispensable finds. 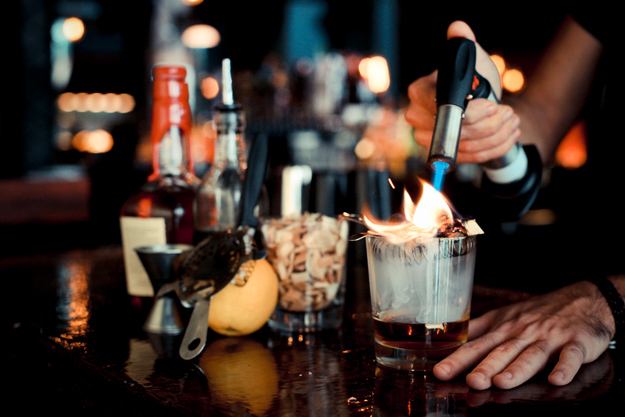 Writing the After Dark blog is one of my favorite things about working at Pittsburgh Magazine. It’s also frequently confusing.

“Nightlife” is, after all, a broad category. Narrowly, it encompasses bars, food, music, comedy and more. Broadly, you can expand that to film, theater, sports, clubs and organizations, museums, literary events, and pretty much anything else that people can attend.

Frankly, I haven’t always been able to limit myself to things that happen at night.

So, to wrap up the year with a look back at some of my favorite places, things and experiences — all worthy of more attention, certainly — let’s review What After Dark Taught Me in 2012.

Lesson #1: I can stop reminding people that Pittsburgh’s stand-up scene is booming
The city has taken notice. Not only were the trio of showcases I highlighted over Thanksgiving weekend rousing successes, but as I write this, Aaron Kleiber is gearing up to film a DVD at the Improv — before Bill Crawford takes over for the rest of the weekend. There aren’t too many breeding grounds for laughs better than ours.

Lesson #2: It’s not always about the pursuit of perfection
Watching weekend warriors climb into the ring at a Keystone State Wrestling Association show isn’t the polished, frenetic show you’ll get when the WWE rolls in to the Consol Energy Center — but, while you sip a beer in the back of the Lawrenceville Moose and cheer on a spandexed Yinzer as he flies off the top rope, you’ll realize that it’s just as fun.

Lesson #3: Pittsburgh is big enough to support a rockin’ underground theater scene
This came up time and again, from 12 Peers to The Pittsburgh Monologue Project to Bricolage to No Name Players to Off the Wall, making the lesson inescapable: if you only go to musicals at the Benedum and the occasional show at the Public or City, you’re missing out.

Lesson #4: There’s always more below the surface
When I was zombified for a piece on The ScareHouse, I knew that the folks behind the Etna attraction were pros — but I was blown away by the detail and knowledge they brought to every aspect of the process, from explaining how I suffered the faux wounds on my face to discussing the finer points of undead vocalization. Can these guys just stay open year-round already?

Lesson #5: A bar can be reborn, without changing the name on the sign
The Smiling Moose went from Carson Street afterthought to indispensable destination by sheer force of will. There’s a question mark in the headline of that piece; I’m pretty sure we can remove it.

Lesson #6: Never delete a press release
Otherwise, I might not have learned about pro squash.

Lesson #7: Hough’s bar is great
I only gave the Greenfield bar love in my post-Steelers football guide last January, with the promise to do a full piece on the beloved bar. I don’t believe I ever got around to that. But still, they’re great. Probably my new go-to for watching a game.

Lesson #8: Pittsburgh never stops looking great on the silver screen
Even as Jack Reacher rolls into theaters — with Promised Land en route — I’m always amazed by how picturesque and apropos the Steel City is when deployed by a film crew. And The Perks of Being a Wallflower might be the best example yet. (And, yes, Won’t Back Down is certainly the worst.)

Lesson #9: Don’t judge a neighborhood by its reputation
I had all but written off the main drag of Lawrenceville before Industry Public House opened its doors. Since then, I’ve developed a renewed love for the hipster capital of Western Pennsylvania. Maybe I’m just getting soft.

Lesson #10: There will always be something new to discover
Of everything I’ve seen and experienced for PM in 2012, nothing was as memorable as STRATA, the immersive experience created by Bricolage Production Company. Redefining an artform is no easy task, but STRATA pulled out all the stops to create a play in which each individual audience member was the main character. If we’re lucky, they’ll bring it back (or do something similar) in 2013 or 2014. If we’re luckier still, this is the direction that ambitious theater is moving. But no matter what — from cocktails to cabarets — there will never be a lack of innovation. Happy New Year, Pittsburgh — I can’t wait to see what 2013 brings.