How to act like a pro when you can't tell the difference between an 18-year scotch and Old Grand-Dad. 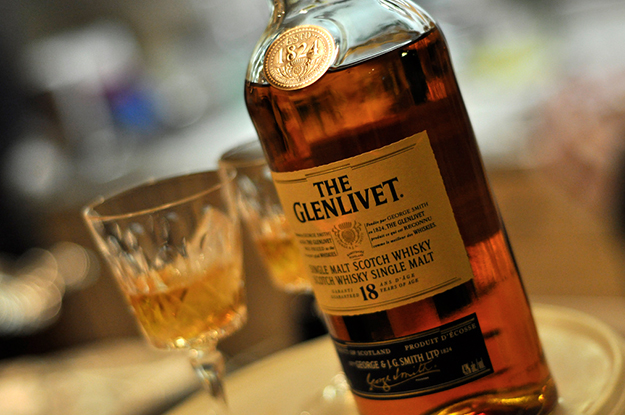 I’ve recently found myself in a number of situations where I had to ask a server a question that was…well, rude. Less than fully respectful of the establishment. Honest. Necessary. But, still, nothing I wanted to say out loud.

Here then, is the first volume of “Euphemisms for Nightlife”. I present it as a reminder to myself as much as advice to you. Please report on your success, as all of these methods are up for debate. And if you have any of your own, let me know in the comments.

Good Cocktail Place
You Should Ask: “Do you have any prohibition-era favorites?”
If You’re Trying to Say: “I don’t want any fruit I can’t recognize, anything that a chemist had a hand in, or anything that just simply doesn’t belong in a beverage. Yes, that includes eggs. Just make a damn drink.”

Bad Cocktail Place
You Should Ask: “What has a little bit of a kick to it?”
If You’re Trying to Say: “I know that half of these drinks have as much alcohol in them as a freshman-level wine cooler. Point me to the actual booze, not the thing that tastes like a Jolly Rancher.”

Comedy Club
You Should Ask: “How many comics are performing tonight?”
If You’re Trying to Say: “This isn’t one of those open-mic setups where 29 guys perform a four-minute set, stretching until 2 a.m., is it? Because I could just go drink somewhere else.”

Diner
You Should Ask: “What do you recommend?”
If You’re Trying to Say: “Give me your knowledge. You know what’s secretly terrible, what’s reheated, what’s been in the cooler for a week. Don’t hold out on me.”

Whiskey Bar
You Should Ask: “Could we arrange a tasting?”
If You’re Trying to Say: “Look, I can’t tell a barrel-aged 18-year from Old Grand Dad. Please allow me to hide this fact from my companions.”

Concert Venue
You Should Ask (IN ADVANCE): “What time is the band scheduled to take the stage?”
If You’re Trying to Say: “Look, I know what time doors open. I’d just like to avoid standing awkwardly for 240 minutes while waiting for the thing I showed up to see, if possible.”

Dive Bar
You Should Ask: “What’s on special?”
If You’re Trying to Say: “This place looks like my uncle’s basement. Not my rich uncle, the other one. There’s no way I’m paying more than a dollar for anything.”

Tapas Restaurant
You Should Ask: “We’re hoping to share everything tonight — what are some of your favorite dishes for sharing?”
If You’re Trying to Say: “There’s no way in hell I’m giving you $15 for a dish that takes longer to order than eat.”

Food Truck
You Should Ask: “Boy, that produce looks fresh — where do you buy it?”
If You’re Trying to Say: “Please, for the love of my digestive system, tell me that no perishables have been in this metal sweatbox for more than two hours.”

Beer Joint
You Should Ask: “Can you recommend a beer that’ll please the whole table?”
If You’re Trying to Say: “If you bring me some cloudy glass of hops so bitter that I can hear my own taste buds screaming in terror, I’m never coming back.”