From the most hardcore of haunted houses to the most charming children's activities, Pittsburgh hosts more than enough gruesome fun to keep you busy. 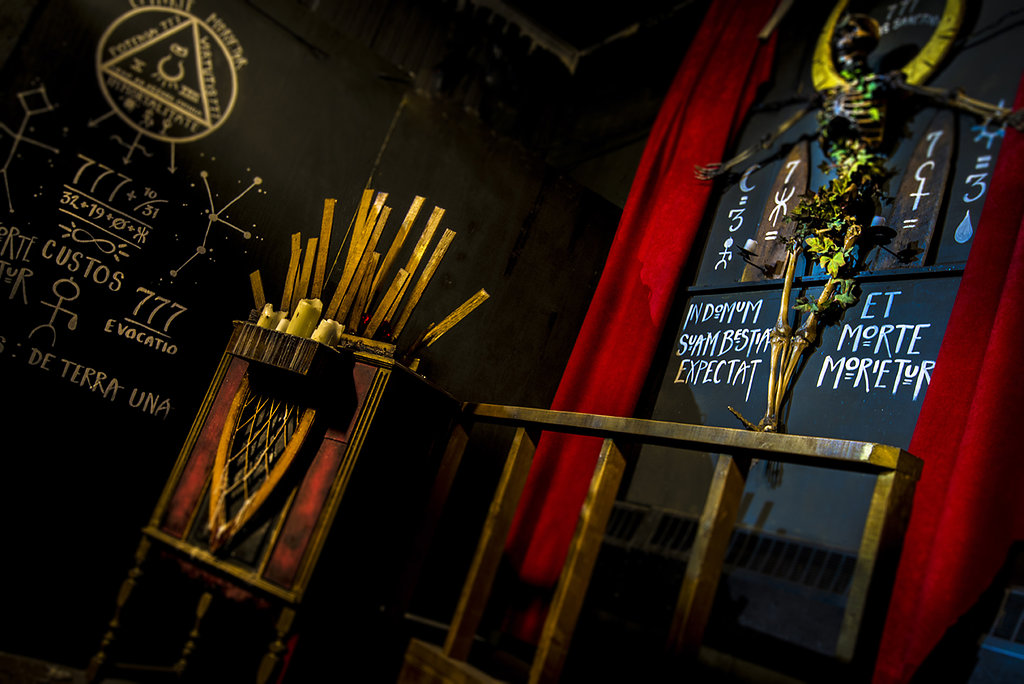 If you judge by calendar creep, it seems that Halloween is now second only to Christmas in cultural dominance. Sure, the annual celebration of miscellaneous spookiness isn’t a federal holiday, nor does anyone get a day off of work for it. But no one puts up St. Patrick’s Day decorations six weeks in advance. Labor Day sales are generally confined to one weekend at all but the hardiest of department stores. And Independence Day fireworks may stretch for a week on either side of the 4th, but no one is calling in Zambelli to celebrate America on, say, June 2.

Halloween, on the other hand, starts in mid-September. Haunted attractions are open, all manner of plastic skeletons adorn lawns and grown-ups are encouraged to eat candy with reckless abandon for more than a month prior to the day itself.

Now, only two weeks removed from the day itself, you’ll want to get several seasonal activities on your calendar before it’s too late (and a few for the family as well). Remember: After this, it’s just turkey and crowded malls. Get creepy while you can.

Hundred Acres Manor (Through Nov. 14)
The South Park haunted attraction, which benefits Animal Friends and the Homeless Children’s Education Fund, is worth the trip just for its middle act, a pitch-black maze populated with lurching zombies and chainsaw-wielding maniacs. Finding one’s way out is a serious challenge — and it’s only one of the six distinct areas that make up the attraction, including a new, Creole-flavored addition for 2015, “Vodou.” Also new at Hundred Acres Manor this season: a pair of horror-themed Escape Room games. Come after Halloween weekend for Lights Out, a total-darkness version of the attraction to benefit Aiden Zangrilli, a local 2-year old suffering from leukemia.
(Closed 10/19, 10/20, 11/2-11/5 and 11/9-11/12)

Pittsburgh Zoo & PPG Aquarium: Zoo Boo (10/17-10/18 and 10/24-10/25)
It is occasionally important to remember, in spite of all the gruesome displays and rowdy grown-up fun, that Halloween is fundamentally a children’s holiday. Get the kids in the spirit (and get a test run on those costumes) by taking them to Zoo Boo, the annual “not-so-spooky” celebration at the Pittsburgh Zoo & PPG Aquarium. In addition to some very tame haunted attractions and candy stops throughout the zoo, a kid’s costume contest and parade will provide quite a photo op.

National Aviary: Owl-a-Ween (10/17, 10/24 & 10/31)
Look, this is definitely an activity for the little ones as well, but make no mistake: Owls are damn creepy. One stared me in the eye on a trip to the Aviary and I backed down fast. Your tots — who once again are encouraged to attend in costume — will be introduced to a quartet of the nocturnal birds at Owl-a-Ween and be treated to candy, crafts and more. Got a young one with a flair for the slightly gross side of nature? Add a class on owl pellets (don’t Google it) to your experience.

Midnight Movies at the Manor Theater (10/17, 10/24 & 10/31)
At the stroke of midnight on each of the next three Saturdays, head to Squirrel Hill’s lovely neighborhood cinema for revivals of indelible horror classics. This week, Stanley Kubrick’s masterpiece, “The Shining,” will paint the screen red; if you’ve never seen it in a theater, believe me, you’ve never seen it. Next week’s feature is “The Evil Dead,” Sam Raimi’s enormously influential possession flick; on Halloween night, return for the original “Nightmare on Elm Street.”

The Rocky Horror Picture Show (10/17, 10/24 & 10/31)
It’s the one Halloween tradition you absolutely must experience at least once. For 40 years (not kidding), fans of the bizarre British musical comedy have been dressing up as their favorite characters and acting out the film at the front of a movie theater while a well-worn print rolls behind them. Meanwhile, the audience engages in all manner of word-of-mouth traditions, from precisely timed bawdy call-and-response sequences to the frenzied firing of playing cards. It won’t make any sense until you see it in action — and then it’ll make even less sense. Pittsburgh’s long-running shadowcast, the Junior Chamber of Commerce Players, has three Saturday night shows scheduled at the The Hollywood Theater Dormont.

Row House Cinema: Row House of Horrors (10/18-10/20, 10/24-10/31)
Lawrenceville’s repertory house is handling Halloween in three phases this year. On Oct. 18 and 19,  a trio of black-and-white horror classics will take the screen; head to Butler Street for “Night of the Living Dead,” “House on Haunted Hill” and “The Little Shop of Horrors” (the 1960 original, not the 1986 musical). On Oct. 20, a one-night-only “Indoor Drive-In” night offers a triple-feature of schlocky thrills. And in the week leading up to Halloween, return for “The Exorcist,” “Hocus Pocus” and a new animated horror anthology, “Extraordinary Tales.”

Arcade Comedy Theater: Alternate Histories: WoManos: The Hands of Fate (10/23)
Frequently cited as one of the worst films of all time, “Manos: The Hands of Fate” was made in 1966 by a fertilizer salesman turned amateur filmmaker. It was the subject of perhaps the most-beloved episode of the sci-fi skewering series “Mystery Science Theater 3000,” and next Friday, Arcade and Alternate Histories will mount a staged reading of the bomb’s script featuring an all-female cast of performers. An improvised adventure tale and something involving a robot host will round out the evening. And for more comedic October entertainment, return to Arcade the following Friday for …

The Roast of Freddy Krueger (10/30)
Those cheesy one-liners, that terrible fashion sense: let’s face it, the bastard son of 100 maniacs has it coming. “Nightmare on Elm Street” villain Freddy Krueger will be roasted by area comedians and improvisers on Oct. 30, but the roasters won’t be coming in street clothes: Only fellow horror icons will be allowed on the dais. That means the performers have to come up with material that the likes of Jason Voorhees and Norman Bates would hurl at their maniacal counterpart. It sounds a little high-concept, but trust me: This is gonna be great.

Evil Dead: The Musical (10/29-10/31)
Speaking of “Evil Dead,” the microbudget horror flick has given rise to a surprising array of projects since its grindhouse release, from official sequels “Evil Dead 2: Dead by Dawn” and “Army of Darkness” to comics, games and much more — including this Broadway-style show combining elements of all three films. I’m fairly confident that this is the only occasion on which certain seats at the Byham Theater will be marked as a “Blood Splatter Zone.” Don’t dress like you’re going to the opera.