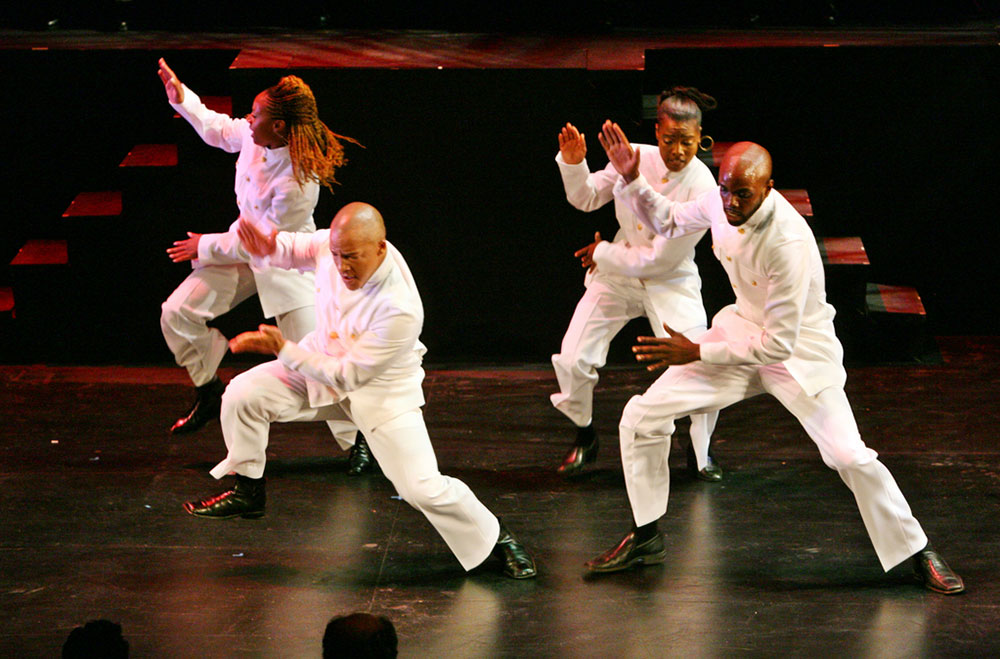 PHOTO COURTESY OF THE ARTIST

A Step Show is typically seen on a college campus, performed by Black fraternity and sorority members. Those may have been the circumstances that popularized the polyrhythmic dance form, but its roots start with traditional West and Southern African dance. Step Afrika!, the first professional company dedicated to the tradition of stepping, will bring a show full of dance, songs, storytelling and audience participation Wednesday and Thursday to the Byham Theater. — Kahmeela Adams-Friedson

The comedic ascent of Taylor Tomlinson has been impressive. Just over five years ago, she wasn’t yet a headliner, appearing at the Pittsburgh Improv as the feature act in support of Bert Kreischer — and earning plenty of fans in the process. Despite the interruption that the pandemic provided, she’s risen rapidly since that visit; now, she’s headlining. At the Benedum. So yeah: Quite a few rungs up the ladder. Tomlinson’s Netflix specials, “Quarter-Life Crisis” and “Look at You,” made her a streaming favorite; see why she’s climbed so high Saturday and Sunday.

It’s a testament to the endurance and universal appeal of Shakespeare’s works that you can remix them, recontextualize them and recast them endlessly without dulling their impact. A very intriguing case in point: “A Midsummer Night’s Dream in Harlem,” a new production of the comedy favorite currently running at Pittsburgh Public Theater. The antics and mishaps of Hermia, Lysander and the gang are intact, but they’ve been filtered through the lens of the Harlem Renaissance. Read more about the production in our Spotlight, then see the show through Feb. 19 at the O’Reilly Theater.

Who can wait for St. Patrick’s Day? Let alone for the annual Pittsburgh Irish Festival — we need a Celtic rhythm all year round! Fortunately, the Festival has announced a new event, Brigid, a musical celebration of the patron saint of Ireland. (Yes, Brigid is the patron saint, not Patrick.) A lineup of Irish and Irish-descended musicians will perform at the event, including Grammy winner — and, almost more importantly, nine-time all-Ireland fiddle champion — Eileen Ivers. The show kicks off at 7 p.m. (naturally, with a VIP Happy Hour beforehand) Saturday at Carlow University.

Author Natasha Anastasia Tarpley creates images and stories meant to speak to the hearts of children. At a free family event, Tarpley will discuss her new children’s picture book series featuring Keyana, the protagonist of her bestselling title “I Love My Hair!” Her story speaks to young Black girls on the importance of self-love and self-acceptance. She’ll speak at the Carnegie Library Lecture Hall Thursday; copies of her books, via City of Asylum Bookstore, will be on sale at the event. — Kahmeela Adams-Friedson

Brooklyn-born indie rockers Big Thief received the genre’s most notable stamp of approval in 2016, when they were signed to Saddle Creek Records. The venerable Omaha label was indie before the genre had a name, introducing bands such as Bright Eyes and Cursive in the mid-’90s; Big Thief sits firmly in that tradition. They also have one of the best-named albums in recent memory, 2022’s “Dragon New Warm Mountain I Believe in You.” They’ll be at Stage AE on Sunday night.

Looking for more things to do. Check out our complete list of events in Pittsburgh for today, tomorrow and the weeks ahead.

Categories: Things To Do
Tags: things to do, weekend