Things To Do This Weekend in Pittsburgh: June 4-7

We have four socially distant picks to shake up your routine this weekend. 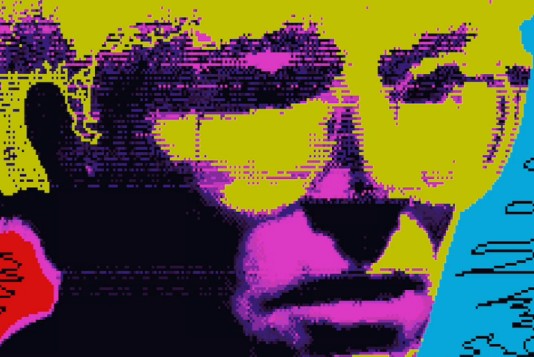 Try to imagine this experience: You’re taking a calm trip to New York to hang out with Andy Warhol for a little while.

You’re not an avant-garde creature d’art, nor a celebrity angling for a feature in “Interview.” You’re a pretty standard Pittsburgher, and you’re going to have a pretty standard visit — only the guy you’re visiting is Andy Warhol. He’ll give you some small gifts, the sort of stuff he’d pack in his many “Time Capsules,” to take home.

This was, approximately, the experience of Donald Warhola, nephew of the iconic artist. He’ll discuss the visits he made with the man he knew as “Uncle Andy” this Thursday night with Carnegie Museums members, via an online portal.

If you’re already a member of the Carnegie Museums of Pittsburgh, you’re in. If not, this is a fine time to sign up; the institutions need your support during the shutdown, and a membership allows you to visit anytime, all year long, once things get up and running again.

“The Cake,” a contemporary drama by Bekah Brunstetter, was set to be the final production of the 2019-20 season at Pittsburgh Public Theater. While the physical show cannot go on, it would’ve been timely; it concerns a Brooklynite returning home to North Carolina, where she is denied service at a bakery (from a longtime family friend) due to her sexual orientation. The baking-a-cake-for-a-gay-wedding story, an unlikely cultural flashpoint, has been invoked recently, as how businesses interact with customers has once again entered the national debate (albeit under much different circumstances).

Given its resonance, the Public will still present “The Cake,” but as part of its weekly “Playtime” virtual reading series. The script will be read Thursday night in a free-to-the-public session; those who were already holding tickets for the show get a big bonus on Friday. A talkback with actors will be followed by a Q&A with Brunstetter; the playwright is best known as a writer and producer on “This is Us.”

The line between Disney features and drag performances is very thin: Over-the-top characters, inventive makeup, the tendency to express one’s self through song. Pittsburgh drag icon Schwa de Vivre will celebrate this proximity with a Disney edition of her “Do It for Betty Drag Brunch,” live streaming this Sunday morning. (The Betty in the title is, of course, Betty White.) The show is pay-what-you-can; a minimum donation of $10 or individual tips to the performers (via Venmo or other services) during the proceedings is encouraged. If you still possess a Mickey Mouse waffle iron, so much the better.

Kevin James has carved out a niche occupying the most squeaky-clean corner of the cultural quilt. His stand-up is practically G-rated; his sitcom, “The King of Queens,” was miles away from pushing buttons. Most of his big-screen comedies have been four-quadrant, broad comedies like the “Paul Blart” and “Grown Ups” series. So it is with some surprise that I report in “Becky,” James plays a neo-Nazi fugitive terrorizing a father and daughter. It is like watching Big Bird turn heel. “Becky” is playing everywhere on-demand, but if you’d like to make a night of it, it’s the opening feature this weekend at Riverside Drive-In in Armstrong County; it’ll be paired with the quite good thriller “Invisible Man.”