“There Is Black Art in the Future” Exhibition Opens on Juneteenth

Powerful images from Black women artists will adorn the windows of the Pitt Building Downtown as part of an exhibition through the International Free Expression Project. 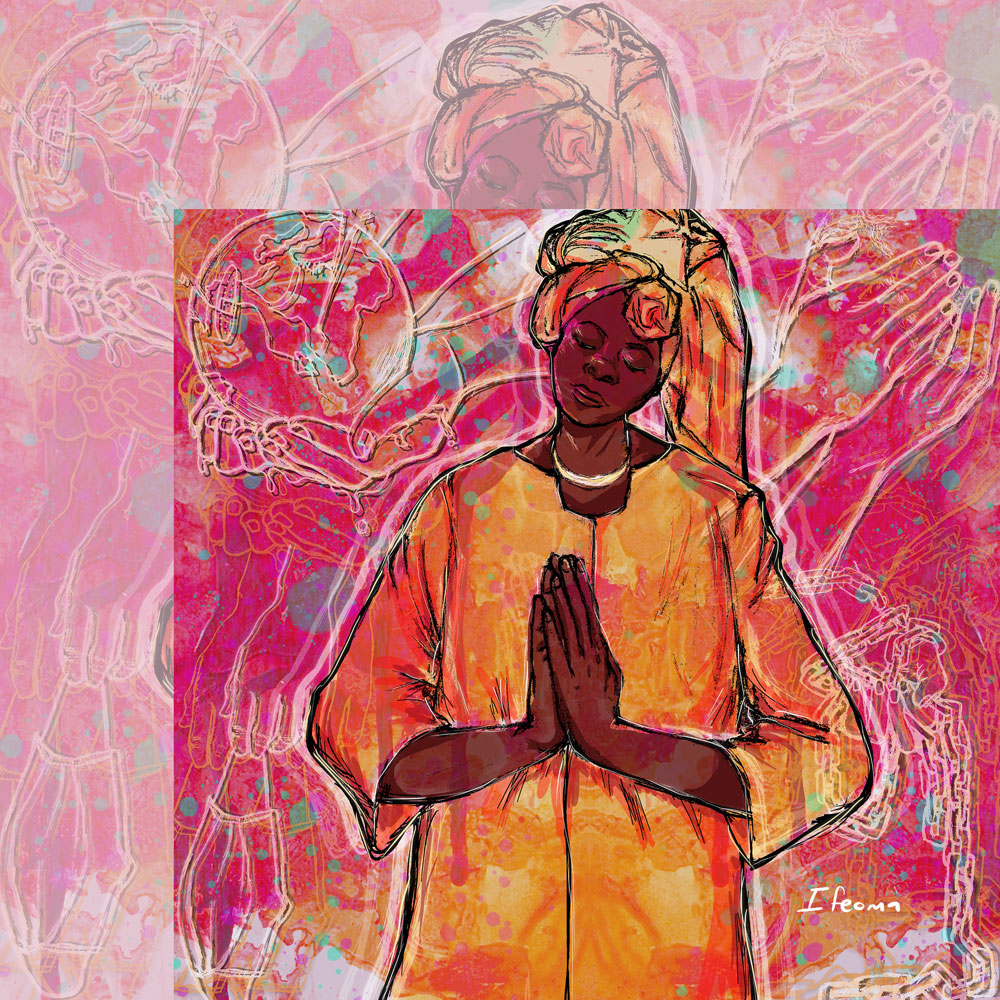 In 2016, journalist Greg Victor saw the remnants of the Pittsburgh Post-Gazette’s Downtown offices — the massive presses, the historic building — and decided those items should be used for art.

Over the next few years, he saw attacks on free expression around the world, whether by governments, religious extremists or populist movements. And so Victor’s idea morphed into the International Free Expression Project, a nonprofit based in Pittsburgh with advisory board members ranging from singer Mai Koi to Michael Keaton committed to supporting artists.

It’s a very fitting home for an art exhibition that will launch this weekend in conjunction with Juneteenth: “There Is Black Art in the Future.” The exhibition, curated and designed by local artist Juliandra Jones, takes its name from artist Alicia Wormsley’s billboard in East Liberty: “There Are Black People in the Future.” 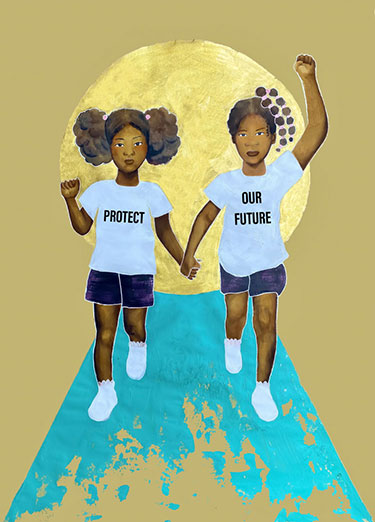 “PROTECT OUR FUTURE” BY MORGAN OVERTON

“Me and Greg were sitting around talking about a title for this show, and as soon as we said it, we said, ‘Yeah, that’s what it should be,’” says Jones. They asked Wormsley for her blessing, and she didn’t hesitate.

Jones, 28, says she was brought on to curate after Victor connected with artist Janel Young; Jones and Young were both recipients of a grant from New Sun Rising and Riverwise in 2020 to create public art exploring the pandemic.

For IFEP’s exhibition, “the artists were asked to create something that kind of embodied how they felt about everything going on in the world, including COVID, social justice, climate change, polarization, everything,” Jones says, and Young’s piece was a perfect fit. 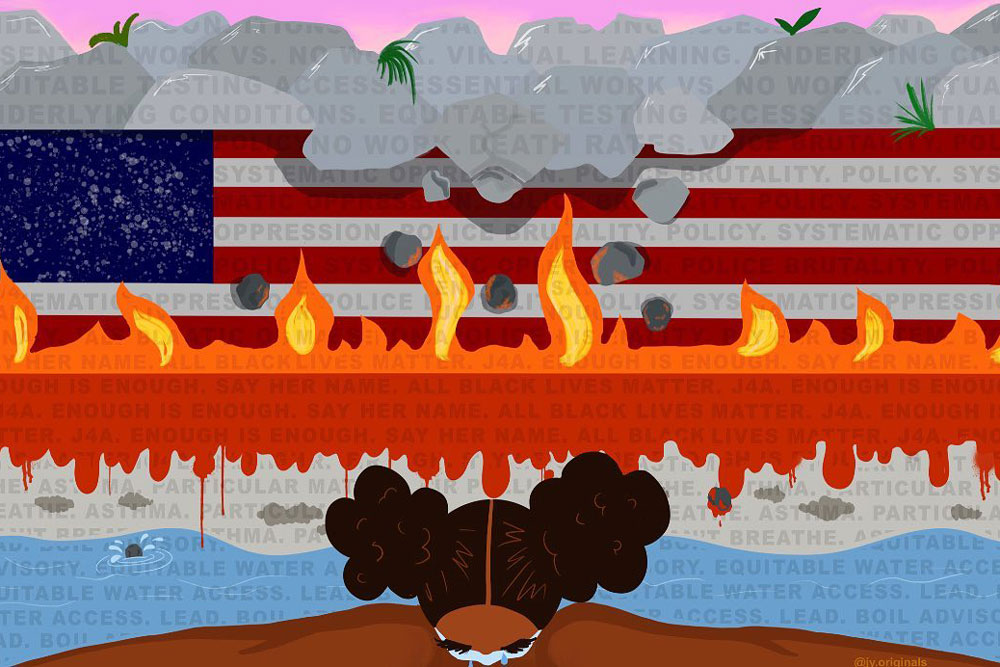 “Avalanche” portrays a Black woman with her arms spread wide; above her is polluted water, polluted air, fire and blood with the words “Black Lives Matter,” an American flag with the words “oppression” and “police brutality,” and boulders on top representing COVID-19 with words such as: “essential work or no work.”

“It’s really layered,” says Jones. “Everything’s kind of falling down on her and she’s trying to hold everything up.”

Jones’ piece for the show, “New Beginnings,” represents her state of mind after 2020.

“That piece was actually the first painting I completed this year, and I call it ‘New Beginnings’ because that was how I was feeling, kind of trapped,” she says. “The black and white symbolizes the society I feel like I’m stuck in; the rose petals falling and butterflies is me breaking free from what people expect from me. I love how it turned out.” 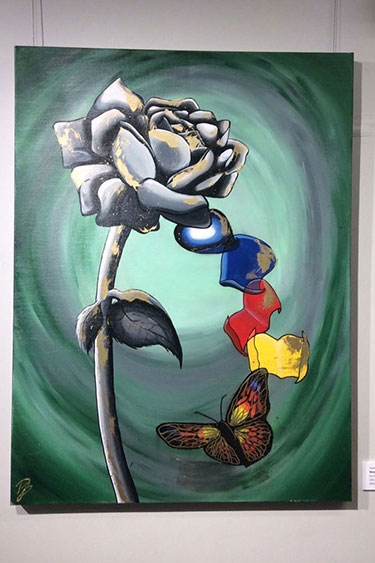 Seven Black, women, Pittsburgh-based artists are exhibiting in the show, which will be mounted on the windows of the Pitt Building at 211-213 Smithfield St. Downtown from June 19 through Aug. 1. The other artists are Morgan Overton, Jameelah Platt, Corinne Jasmin, Ashante Josey and Sasha Igwe.

Opening on Juneteenth is symbolic for the exhibit, Jones says.

“It’s about freedom, liberation. Because no one is free until we’re all free, so Juneteenth is really important to recognize where we came from,” Jones says. “It’s a learning experience for everyone — not everyone knows what Juneteenth is — so to be able to open an exhibit on that day featuring Black women, I think it’s great.

“I just want people to take it in and really stop and think about what these pieces mean. Really the main thing to take away is that Black art matters and there’s so much of it out here, and we just need support.”