“For most of the city’s history, however, Pittsburghers barely noticed the local way of speaking, if they were aware of it at all,” one expert says. 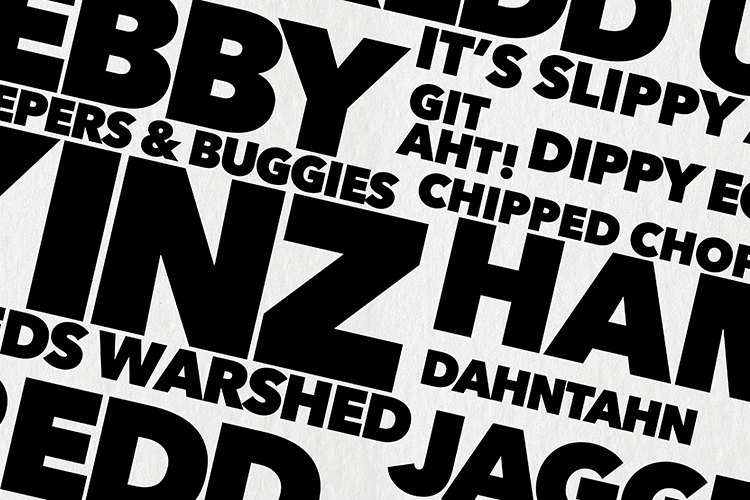 Nebby. Yinz. Redd up. Words that are a normal part of our vocabulary.

If you grew up here, you may not even realize that people in other cities don’t leave out “to be” (the car needs washed), or call their vacuum cleaners sweepers or their shopping carts buggies. You may think everyone eats chipped chopped ham, dippy eggs and jimmies or uses a parking chair when they go Dahntahn.

But how did these words, and so many more, come to be what we call Pittsburghese?

According to “Pittsburghese, from Ahrn to Yinz: The Complete Guide by the Staff of the Heinz History Center,” linguists have long researched our dialect and found that many of the words and phrases used in western Pennsylvania came over with the Scots-Irish in the 1700s. It persisted throughout our history as immigrants from other parts of Europe adopted the speech patterns, and it remained contained to us largely as a matter of geography.

The book credits Sam McCool’s 1981 booklet, “Sam McCool’s New Pittsburghese: How to Speak Like a Pittsburgher” for raising the visibility of our speech patterns and elevating the word “yinz,” leading to the creation of our identity as “yinzers.”

In 2013, Carnegie Mellon University professor of rhetoric and linguistics Barbara Johnstone published a book, “Yinz: Speaking Pittsburghese: The Story of a Dialect.” In it, she details how the 1700s Scotch-Irish “‘redd up’ instead of tidying, called noses ‘nebs’ and nosy people ‘nebby,’ and said the road was ‘slippy’ when some English-speakers might have said ‘slippery.’ They used ‘whenever’ for ‘when’ sometimes and ‘needs done’ for ‘needs to be done,’ and they called thorns ‘jaggers.’ ”

Pittsburghers have increasingly adopted, most proudly so, the dialect, she states, especially as its prevalence in the media has allowed more people to become aware of its existence.

“For most of the city’s history, however, Pittsburghers barely noticed the local way of speaking, if they were aware of it at all,” she says. “Even today, many older Pittsburghers — including some who sound like Pittsburghers — say they never noticed anyone with a Pittsburgh accent when they were growing up.”