​​After years of planning, the Hunt Armory ice rink in Shadyside is set to open by Thanksgiving. 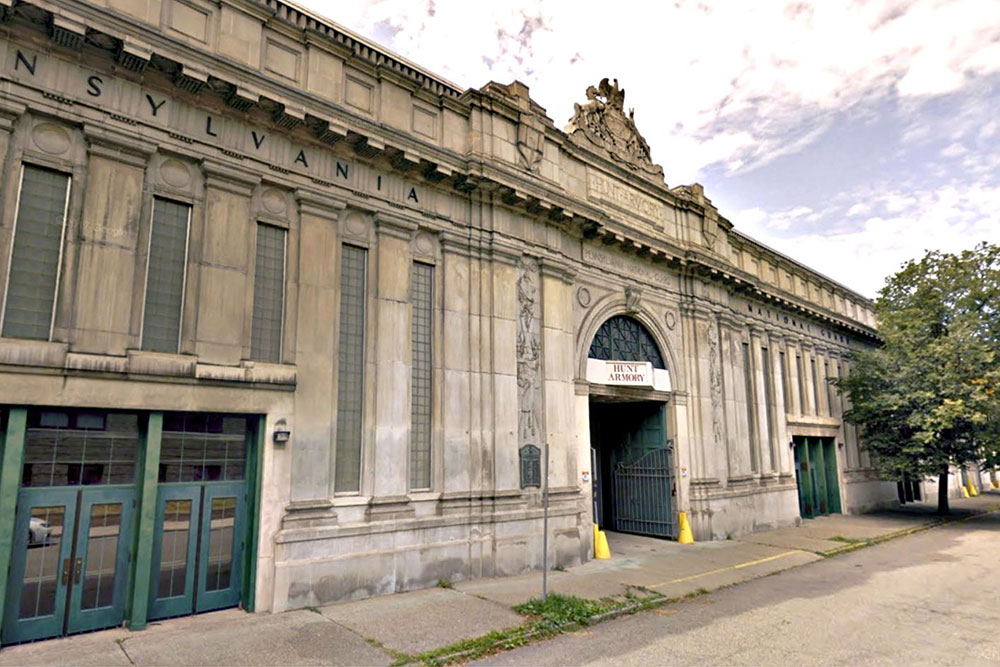 Pittsburgh is one step closer to installing its only indoor public ice rink — in addition to bringing more diversity to the game of hockey.

The Pittsburgh Penguins received a grant from the National Hockey League and National Hockey League Players’ Association to provide youth of color with more opportunities to learn and play hockey. This includes taking on all installation and operating costs for the proposed ice skating rink at the Hunt Armory in Shadyside.

The seasonal rink, which is set to open by Thanksgiving and operate from November to March each year, will be available to the public. It will also support local city hockey programs including those of nearby Central Catholic High School and Chatham University, as well as a new middle school hockey development program that will be created with Sacred Heart Elementary School and Pittsburgh Public Schools.

Two community discussions regarding parking, programming, hours of operation and other matters important to the public will take place next week. The first will occur in person at 6 p.m. July 26 at Calvary Episcopal Church in Shadyside; the other will happen virtually on Webex at 6 p.m. July 28.

“I look forward to meeting with members of the community, the Penguins, and all partners to answer questions and troubleshoot any concerns at the two scheduled meetings later this month, as well as throughout the next year,” City Councilperson Erika Strassburger, who represents the East End neighborhood, said in a press release.

The Penguins will use the rink to headquarter their Hockey Diversity Program, which will include their introductory Learn to Play program and their Willie O’Ree Academy. Launched in June, the academy offers Black youth ages 10 to 17 a free nine-week training program with staff from UPMC Lemieux Sports Complex and former NHL players.

“Intentionally investing in access to ice for children in Pittsburgh is an example of how Clubs can make meaningful, positive change in their communities, breaking down barriers so even more people can benefit from the positive life skills and values playing hockey provides,” Rob Knesaurek, group vice president for Youth Hockey and Industry Growth, said.

The grant comes after years of planning and discussing how to occupy the 46,500-square-foot armory. Mayor Bill Peduto said he is happy “long-delayed plans are finally coming together.”

“Placing a rink in the Armory would not only allow for new and cost-free athletic opportunities for city youth but follow the wishes of Shadyside neighbors who have long called for public skating in this historic and underused building,” he said.