Despite a smattering of charm, "Encanto" is strictly by-the-numbers Disney. 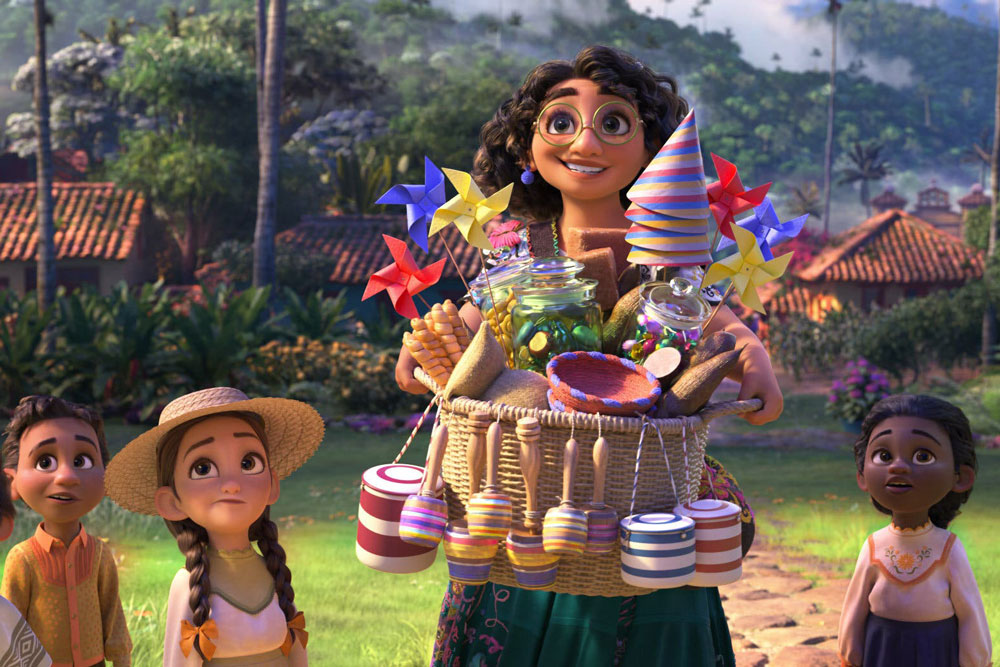 An array of side characters, each neatly defined by one emotional or physical trait? Mm-hmm.

Adorable animal sidekick? A few, yes. (The toucan is the best.)

Tragic, motivating death of a loved one? Of course.

Traditional source of authority not comprehending the protagonist’s perspective? Yes.

That’s the list: We can now be sure, definitely, that this is a Disney movie.

That’s not to say that the Mouse House is in a rut; there have been several gems among the studio’s animated efforts in the past decade, and even a few (such as the “Wreck-It Ralph” films) that have rejected several of the above elements. But, when they don’t have much of an idea, they name a setting (this time, Colombia) and a magical whatsit (a house that’s alive, kinda!) and just check the boxes.

In “Encanto,” Mirabel (Stephanie Beatriz) is the only member of her extended family devoid of magic powers. After fleeing from an invading army, her grandmother (María Cecilia Botero) received a magical blessing; an equally magical house sprang out of a mountain enclave to give them a new home, and a village grew around them.

Now, though, the magic seems to be running out — and Mirabel believes it’s her fault. She’ll need to track down her outcast uncle (John Leguizamo) to discover what’s happening and why.

Lin-Manuel Miranda, who is sending an absolute blast of content out this year in pursuit of that EGOT-completing Oscar, contributes several memorable songs to the proceedings; “Surface Pressure” is a gem and could easily be a pop hit.

Despite his efforts and those of the game cast, though, there’s just not much to “Encanto.” It’s funny without being hilarious, charming without being memorable and intriguing without being enchanting. There’s little wrong with it — a testament to the studio’s high standards — but, ultimately, it’s just another by-the-numbers Disney flick.

“Encanto” is now playing in theaters.