Collin Stover is a local magician and mentalist. 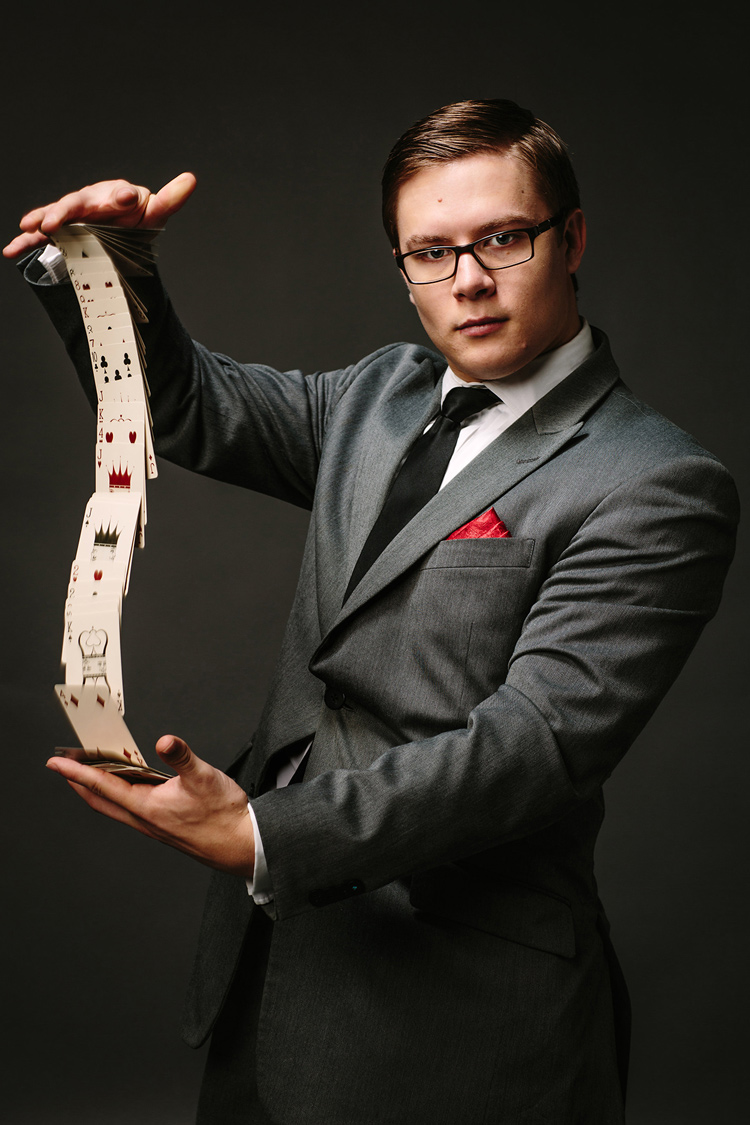 What do you do?
I’m an entertainer. I deliver a sophisticated magic and mentalism experience . . . at events where the primary audience is adults.

Why do you specify that the audience is adults?
Kids are probably the most difficult audience a magician can ever face. They don’t know what’s real and what isn’t. Making a coin disappear to an adult — they’ve gone their entire life knowing coins can’t just magically disappear; it’s against the laws of physics. But kids don’t understand that. They watch Disney, and magical things happen all the time. So when you perform something magical, it just clicks in their mind and they go, ‘OK, this person can do magic.’ And then it’s not special anymore.

What is mentalism?
Mentalism is kind of like mind reading — except I don’t read minds, I’m not a psychic. I wasn’t born with any kind of abilities or anything like that. I use psychology and body language to figure things out about people. I’ll have somebody think of somebody who’s important to them, [and] then — through reading their body language and using psychology — they’ll start revealing things about that person, about their relationship. And then eventually I’ll be able to come up with the actual name of that person.

What do you like about mentalism?
Nothing is more personal than our own mind. We’ve been taught our whole lives that our minds are secure — that’s the only place we’re secure. So to have somebody go in there and be able to reveal things is very alarming. To me, mentalism is just another magic trick, [but] it’s a lot more fun for me. It’s never the same twice, whereas with magic I always know how it’s going to turn out.

You’ve created products for magicians, too, right?
[When I was 16,] I created three decks of custom playing cards through the United States Playing Cards company that I sold to magicians and card collectors around the world. There are three qualities every great magician has: Style, Mystery and Confidence. We had three decks, each of them named after those three important qualities.

How many did you sell?
We printed a total of 7,500 — 2,500 of each deck. The first two decks sold out. The final deck didn’t have as much of a marketing push because I was getting out of the business and simply wanted to finish what I started, the trilogy. For the final deck, we sold maybe 1,500 — the rest are in my private reserves.

This article appears in the January 2015 issue of Pittsburgh Magazine.
Categories: Business

House of the Week: A Classic Brick Two-Story in Hempfield Township

Who Is Hiring? 84 Lumber Is Hosting Job Fair

Perspectives: What President McKinley Reminded Me About the Joys of Travel