The injury to goaltender Tristan Jarry has complicated the Pens’ already uncertain prospects for the upcoming playoffs. 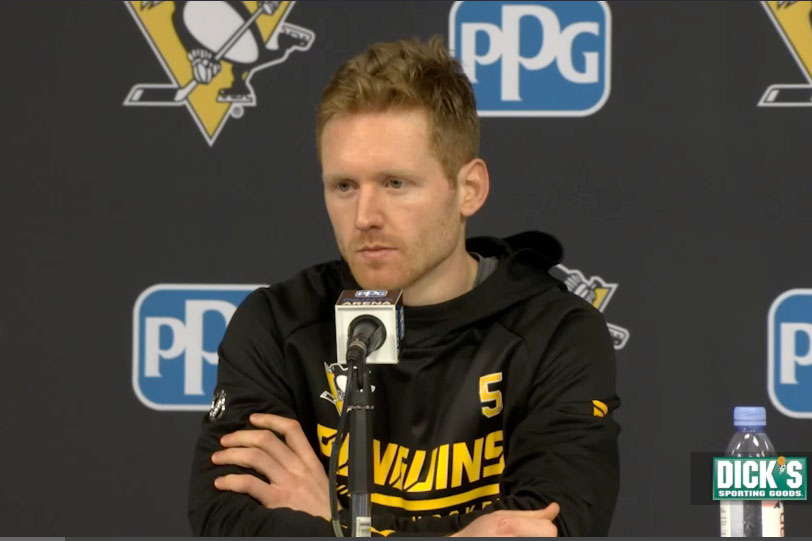 The subject was Mike Matheson and his maturation into a top-pair defenseman, but head coach Mike Sullivan might as well have been delivering a sales pitch to all of the Penguins.

Matheson, Sullivan emphasized last week, deserves credit most of all for “trying to play a calculated game, a conscientious game.

“He’s an incredible athlete,” Sullivan continued. “He skates so well. He shoots the puck so hard. He’s big and strong. When he just takes what the game gives him and doesn’t force the issue or force things and put himself in some difficult circumstances, that’s when we feel Mike is at his best.

Will a similar stay-on-the-right-side-of-the-puck light go on for the majority of Matheson’s teammates?

Sullivan spoke in praise of Matheson on the night the Pens clinched their 16th consecutive trip to the playoffs.

Shortly thereafter, we learned goaltender Tristan Jarry is down and out, reportedly with a broken bone in his foot.

In the wake of that unsettling development, the ability to play a “calculated” and a “conscientious” game took on a whole new level of significance for the Penguins. 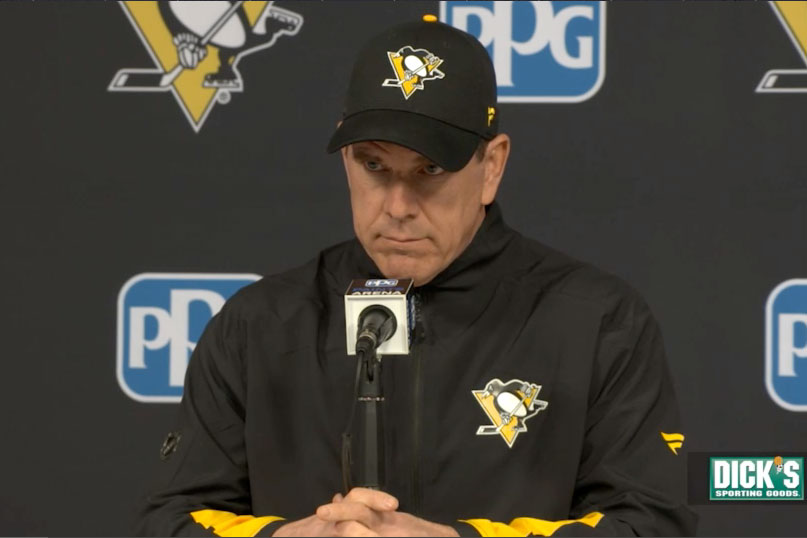 Sullivan has stressed as much since his arrival behind the Penguins bench, and the message resonated often enough initially for the Pens to win a couple of Stanley Cups.

But the last three trips to the postseason have resulted in three consecutive first-round exits, the Penguins have lost four consecutive series overall and the prospects for a different outcome this time around weren’t overwhelmingly encouraging prior to Jarry’s injury.

The Pens have gotten older. The roster has turned over. They still have their championship core but they’re not as fast or as skilled as they once were. And now the starting goaltender’s status is in question.

All of the above makes it all the more imperative they play a structured, responsible, disciplined game.

Sullivan has always maintained “you can’t score your way to a championship.”

This team, in its current configuration, clearly won’t.

And if Jarry’s not there when the playoff puck drops, keeping the puck out of the Penguins’ net will become even more difficult, as well as even more critical.

Backup Casey DeSmith has proven capable at times during his Penguins tenure.

But that doesn’t mean DeSmith isn’t going to need all the help he can get.

The Pens, presumably, understand as much, despite their public portrayal of DeSmith as a next man up in which they’d have confidence if it comes to that.

The five-game stretch to close the regular season that commenced with Thursday night’s hosting of Boston will betray once and for all whether they really get it.

The Pens took the ice against the Bruins fifth in the NHL with an average of 2.70 goals against per game and No. 2 in the NHL in penalty killing (86.2 percent). They had also held their opponents to two goals or fewer an impressive 40 times through their first 77 games.

But that had only happed three times through the 11 games that preceded Thursday night’s visit by Boston.

The record in that unsightly stretch was 4-7-2.

Much of the Penguins’ defensive prowess throughout much of the regular season was attributable to Jarry.

But he stumbled a bit before getting injured.

Now, presumably, it’s up to DeSmith.

It’ll also be up to everyone else to consistently button it down, tighten it up and significantly decrease to the frequency with which the Penguins have been surrendering scoring chances and, ultimately, goals against.

Job One has to be keeping it out of the net.

Matheson, apparently, gets it.

The Penguins’ postseason fate will be determined, perhaps as much as anything else, by how many of how teammates will be willing to follow his lead.