Bringing Hope and Healing to Children

For nearly 130 years, Children’s Hospital has provided lifesaving care to children of all ages, but they can’t do it without your help. 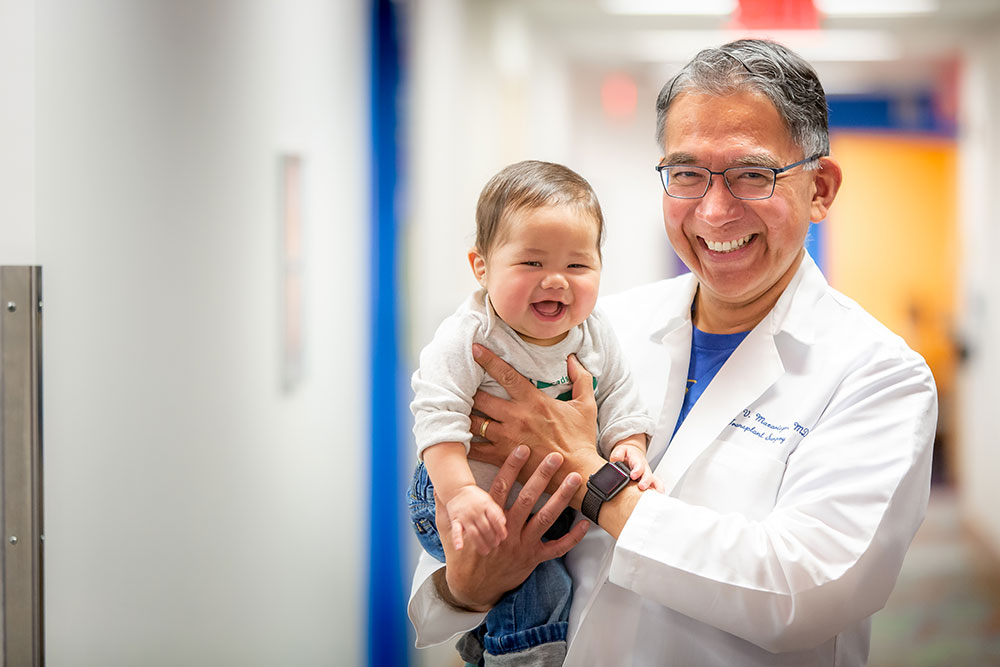 When Conrad Sutanto was diagnosed with a liver disease called biliary astresia at six months old, his family was told that he had less than a year to live without a liver transplant.

Thanks to his uncle, who donated part of his liver to his nephew, and UPMC Children’s Hospital of Pittsburgh, Conrad is alive and doing well today.

Nicole Sutanto, Conrad’s mother, says that she is “almost speechless” about the level of care her now 14-month-old son received from the hospital. “All of us were treated respectfully,” she says. “They were very patient with the parents and kids.”

For nearly 130 years, Children’s Hospital has provided lifesaving care to Conrad and other kids like him. What began as a four-acre plot purchased through charitable gifts has grown into a world-renowned, state-of-the-art hospital campus spanning ten acres.

Today, UPMC Children’s Hospital of Pittsburgh stands as a beacon of hope to the community — and it was built through the generosity of donations. Through the Children’s Hospital of Pittsburgh Foundation, charitable gifts support areas such as cutting-edge research, community outreach, injury prevention and Child Life, programs that make the hospital experience more manageable through special events, arts, therapeutic play and sibling support.

With the help of the community, UPMC Children’s Hospital has been able to accomplish so much — such as providing free and uncompensated care to 35,000 kids annually, serving more than 1,000 NICU babies each year, distributing countless cups of coffee to tired parents every day, offering 13 medical-free playrooms and much more.

To learn more about how you can impact the lives of kids and families, visit givetochildrens.org.