Best of Culture in Pittsburgh in November

Check out some of the finest plays, dance performances and exhibits taking place this month in Pittsburgh. 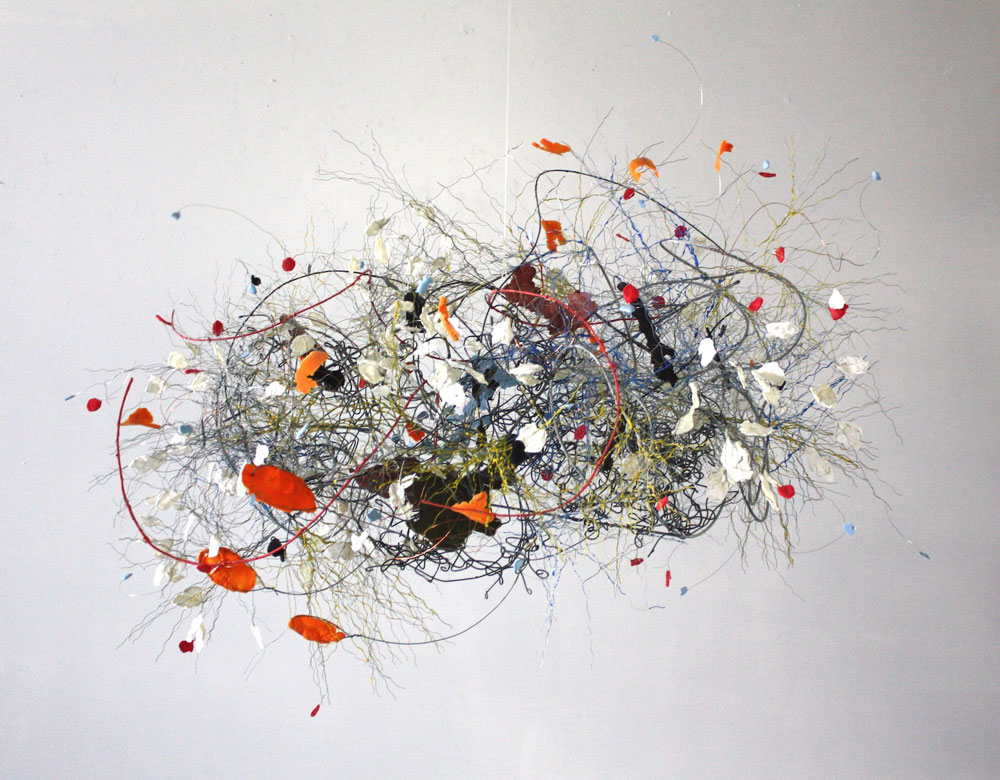 Exhibits
By Mike May

Three’s the charm: Fall into a trio of shows this month featuring Associated Artists of Pittsburgh members.

Nov. 9-Jan. 26
Associated Artists of Pittsburgh Annual Exhibition
Go east to The Westmoreland Museum of American Art for the largest and oldest annual show in local art: the 107th Annual Exhibition of the Associated Artists of Pittsburgh.
See four new members and 49 current members present a showcase of expressions from traditional to edgy work, represented in oil paintings, pastels, ceramics, fiber art, marble, wood, aluminum, steel and wax. In addition, nearby Seton Hill University hosts installation pieces by four of the artists.
Juana Williams, a specialist in contemporary African-American art from the Urban Institute for Contemporary Arts in Michigan, is the juror and curator for this year’s event.
Greensburg: 221 N. Main St.
724/837-1500, thewestmoreland.org

Through Dec. 1
“Sculpture in Pittsburgh: AAP x PIT Airport”
November is a busy month at Pittsburgh International Airport due to Thanksgiving holiday traffic. Amid all the hustle and bustle, look for an oasis of visual relief. In conjunction with the Allegheny County Airport Authority, the Associated Artists presents sculpture by six members in the landside-terminal cases: Atticus Adams, Angela Biederman, Ron Copeland, Dennis Doyle, Dan Droz and Tyler Gaston.
The curators are AAP exhibition committee members Sheila Cuellar-Shaffer and Sheila Swartz in partnership with AAP staff and the airport.
“My desire is that viewers will enjoy a time of reflection and peace with these engaging works of art as they travel through the space,” says Swartz.
The exhibit is part of PIT’s “Sense of Place” program, connecting airport visitors to the region and its culture.
Findlay Township: Pittsburgh International Airport, 1000 Airport Blvd.
412/361-1370, aapgh.org

Through Dec. 12
“Mixed Red”
Last but not least: The final stop here marks a celebration “starring the color red,” says AAP member Scott Hunter. Red always has commanded a mighty place on the spectrum, a dynamic visual force that pops and demands our attention.
In this one-artist show, Hunter weaves red like a leitmotif through large and small paintings ranging from abstract to representational and also in collage featuring found objects.
Hunter describes his work as “rooted in tradition, drawn from life and constructed with imagination.”
Downtown: Tomayko Gallery, Lawrence Hall, Point Park University, 201 Wood St.
412/361-1370, aapgh.org

THROUGH DEC. 31
“When the Bough Breaks”
At the core of “When the Bough Breaks,” a show organized by Susanne Slavick at 937 Gallery, are poems referencing trees: “To Those Born Later” (1940) by Berthold Brecht and “What Kind of Times Are These” (1995) by Adrienne Rich.
In response to two poetic questions posed in the pieces, Slavick organized this exhibit focusing on the times in which we live. Featured are artists who “embrace the tree — materially and conceptually — through figure and metaphor, analysis and allegory, and as record and reflection.” Tree-related poems complement the gallery’s art, which includes paintings, drawings, prints and mixed-media works by Patricia Bellan-Gillen, Denise Burge, Zoe Charlton, Ellen Harvey, Alex Lukas, Clayton Merrell, Lavar Munroe, Sarah Slavick and Susanne Slavick.
DOWNTOWN: 937 Gallery, 937 Liberty Ave.
412/471-6070, trustarts.org

THROUGH DEC. 18
“16th International Exhibition of Botanical Art & Illustration”
Here’s one of those interesting fun facts about Pittsburgh that doesn’t often make it onto the brag radar:
In 1964, the Institute for Botanical Documentation kicked off its “International Exhibition of Botanical Art & Illustration.” Today, according to the Hunt: “Collectively, the ‘International’ series catalogues are the most comprehensive record available of contemporary botanical artists and illustrators with individuals represented now totaling 1,212.”
Amping up that impressive number are artists chosen for this year’s “International,” the 16th in the series, whose goal is to support and encourage contemporary botanical artists from around the globe.
The 2019 exhibition boasts 41 artworks by 41 artists, working in a variety of styles and interpretations, who reside in 14 countries: Australia, Brazil, England, France, Germany, Ireland, Italy, Japan, Scotland, South Korea, Spain, Turkey, the United States and Wales.
OAKLAND: Hunt Institute for Botanical Documentation, Carnegie Mellon University, 4909 Frew St.
412/268-2434, huntbotanical.org

THROUGH NOV. 10
“Fall Flower Show: Japanese Inspirations”
Phipps Conservatory and Botanical Gardens journeys to Japan this year to seek inspiration for the annual Fall Flower Show, notably the seasonal festivals celebrated in the Asian nation, including: “aki,” meaning “autumn” in Japanese, and “kouyou,” meaning “the changing leaves.”
Roaming from room to room, you’ll experience an abundance of Japanese-inspired botanical settings. Among these are myriad vibrant blooms in eye-catching cascades, giant origami peace cranes, a Zen garden, floating lanterns, a dragon-festival display and Japanese koinobori (carp banners).
The show has been developed with collaboration and feedback from the Japan-America Society of Pennsylvania and Origami Society.
OAKLAND: Phipps Conservatory and Botanical Gardens, 1 Schenley Drive
412/622-6914, phipps.conservatory.org 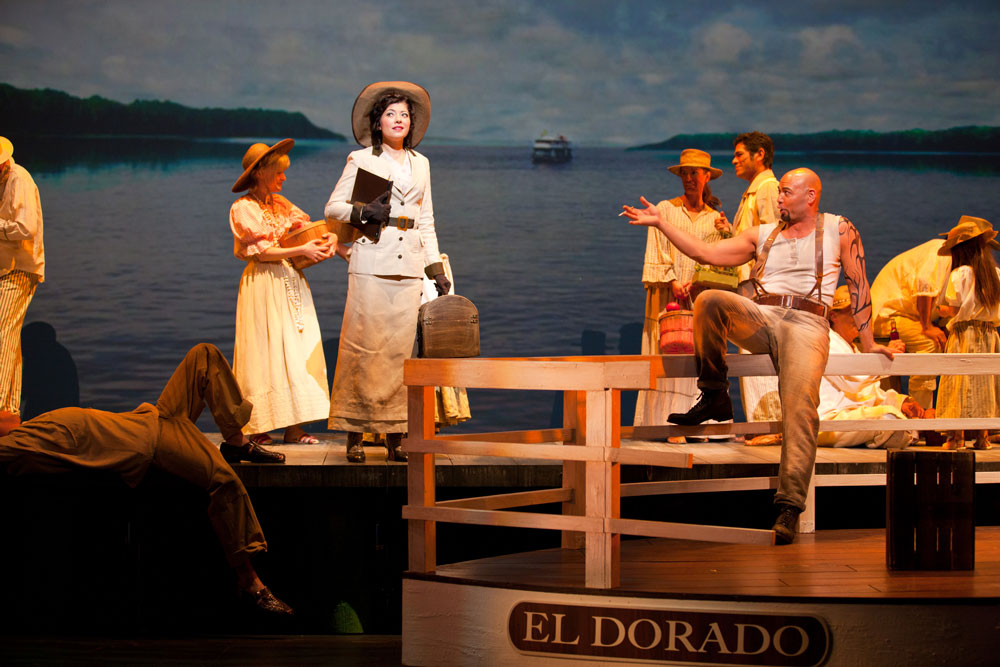 Nov. 9-17
Florencia en el Amazonas
Imagine the surrealism of “100 Years of Solitude” and “Love in the Time of Cholera” come to life in opera form. It’s what you can expect from “Florencia en el Amazonas,” Pittsburgh Opera’s first Spanish-language opera. Written by Daniel Catán and Marcela Fuentes-Berain, the show stars soprano Alexandra Loutsion, who grew up in Canonsburg and is a former Pittsburgh Opera Resident Artist, playing a famous opera singer in the early 1900s. Her lover, Cristobal, has disappeared in the Amazon; as she travels to a show while searching for him, she meets a cast of colorful characters on the riverboat who are each seeking something themselves.
Downtown: Benedum Center, 237 Seventh St.
412/456-6666, pittsburghopera.org

Nov. 7-23
Over the Tavern
Travel back to the ’50s in “Over the Tavern,” presented at Little Lake Theatre. The working-class, Catholic Pazinski family, who live in a Buffalo apartment, have one son who’s a bit of a rebel. The comedy comes when he tells Sister Clarissa he’d like to explore a more “fun” religion — but the heart is there through this coming-of-age family tale by Tom Dudzick. Recommended for ages 10 and up.
North Strabane Township: 500 Lakeside Drive South
724/745-6300, littlelake.org

Nov. 9-Dec. 1
One Night in Miami
Cassius Clay, Malcolm X, Sam Cooke and Jim Brown walk into a hotel room in Miami, and a play is born. “One Night in Miami,” on stage this month at City Theatre, takes us to Feb. 25, 1964, for a fictionalized account of four real-life friends on the night Clay took the heavyweight title. The 2013 play by Kemp Powers won numerous awards; it will be directed by Reginald L. Douglas, City’s artistic producer.
South Side: 1300 Bingham St.
412/431-2489, citytheatrecompany.org

Nov. 7-23
The Woman in Black
Based on a 1983 horror novel, “The Woman in Black” follows a young lawyer who travels to a seaside English town to settle the estate of a recently departed widow and discovers a supernatural local legend. The novel was made into a 2012 film starring Daniel Radcliffe; this PICT Classic Theatre stage production will include a special 11 p.m. showing on Nov. 22. The show is meant for ages 14 and older.
Oakland: WQED’s Fred Rogers Studio, 4802 Fifth Ave.
412/561-6000, picttheatre.org 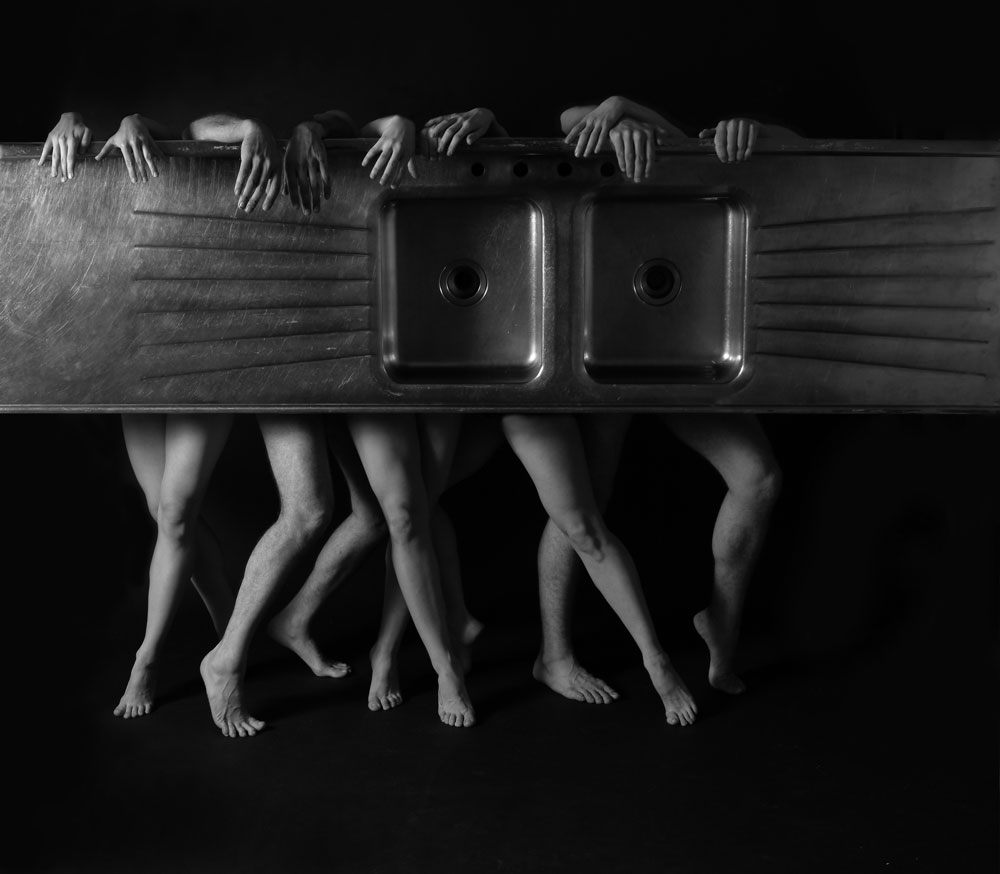 Nov. 15-17
The Kitchen Sink
Attack Theatre presents “The Kitchen Sink,” a mélange of new, reimagined and repertory works. Drawing on original music from 25 years of past productions, directors Michele de la Reza and Peter Kope create new choreography for “Which Came First?”, an interplay between movement and music. Programming includes a reworked and expanded version of 2004’s “Dressed to Remember,” in which a couple reflects on their relationship, and the premiere of “We Were Strangers,” an ensemble work assembled from drawings, ideas and movements contributed by email from past artistic collaborators.
North Side: New Hazlett Theater, 6 Allegheny Square East
attacktheatre.com/kitchensink

Nov. 6-9
The Path of Miracles
Audiences are invited on a spiritual journey of movement and music as OCD/Dance and the Mendelssohn Choir of Pittsburgh stage “The Path of Miracles” (2018). The 70-minute, site-specific event is inspired by the Camino de Santiago, a centuries-old pilgrimage through Northern Spain to the shrine of St. James. Choreographed by KT Nelson, co-director of the San Francisco-based modern dance troupe, the four-part immersive performance unfolds within Trinity Cathedral to the accompaniment of Joby Talbot’s a cappella choral work, “Path of Miracles” (2005) sung in multiple languages by a 17-member choir.
Downtown: 328 Sixth Ave.
412/456-6666, trustarts.org

This article appears in the November 2019 issue of Pittsburgh Magazine.
Categories: Things To Do